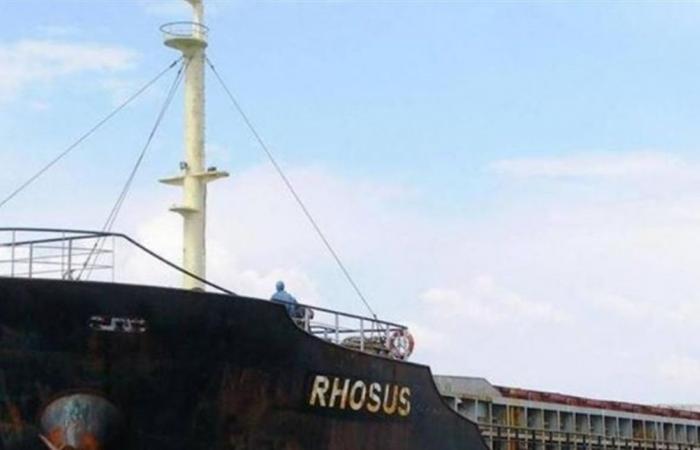 Just as the loose money is “taught to the forbidden”, as well as the loose state, the loose borders, the permissible crossings, the ports legal to the people of looting, swindling, and smuggling … and the “Jaguar S” ship, which docked near the port of Zahrani, and its involvement in smuggling fuel into Syria was revealed through the use of forged “manifests,” indicating That its destination was Lebanon, it was neither the first nor the last ship in the “cartel” fleet of smuggling between Lebanon and Syria, according to what the investigators suspect and they are in depth in the judicial scrutiny of it. And if the investigations in this case are still captive to the contradictions in the testimonies and testimonies between the detainees and the accused, the case of the “ship of death” that shipped tons of ammonium nitrate to the port of Beirut in roundabout ways is still mired in question marks about the side that drove it to Lebanon and pushed to seize its cargo. In the port of Beirut, especially since the cross-border investigations have not yet revealed the mysteries of this case, and their results still range from “general statements to unconvincing answers.”

Yesterday, the public prosecution referred the discriminatory public prosecution to the judicial investigator in the crime of the port explosion, Judge Fadi Sawan, the investigations conducted by the Jordanian judicial authorities regarding the issue of the ship “Roussos” based on the dispatch of the discriminatory public prosecutor, Judge Ghassan Oweidat, through an international mandate via Interpol requesting the Jordanian authorities to investigate the persons Those who contributed to the ship’s stay in Beirut and its exposure to damages that prevented it from leaving, against the background of a request from it to transport seismic survey equipment from Beirut and unload it at the Jordanian port of Aqaba through a maritime agent for a company that has offices in Jordan, while the Public Prosecution is awaiting a similar response from the authorities in Mozambique to delegate The international issued in the same file, related to the fact that “Roussos” had set off from the port of “Batumi” in Georgia to the port of “Baira” in Mozambique before deviating from its specified course while it was at sea at the request of the shipowner to proceed later to Port of Beirut.

In the data obtained by “Nidaa Al Watan” about the investigations that are taking place abroad about the case, the Information Division of the Internal Security Forces had dispatched its officers to Turkey to investigate the so-called Muhammad Hantis at the request of Judge Oweidat, who is the broker who brought in Through the ship Roussos to Beirut port to transport seismic survey equipment.During his interrogation by the information officers in coordination with the Turkish side, Hantis reported that he had received a call from the Kojic Company from Lebanon and a Jordanian person requesting insurance for a ship transporting seismic survey equipment from Beirut to Aqaba, and as a result he submitted to the company “quotations”. She chose “Roussos” as it was “the cheapest”, then Hanes linked the two stakeholders in the Kojic company to the Russian ship owner in Cyprus, and the contract was concluded between them to hire “Roussos” and assign it to the task of transporting equipment from the port of Beirut. At this point, the role of Hantis ended, and the Information Division submitted its report on the investigations that were conducted with him in Turkey to the Public Prosecutor of Cassation, who in turn referred the report to Judge Sawan.

And to Cyprus, the information officers also had a role in the investigation process with the Russian owner of the ship, as after communicating via Interpol with the Cypriot authorities, the latter asked the Lebanese side to send the questions that were to be posed to the ship’s owner so that Cyprus could investigate him, and this is how it happened, but the answers I received. The information “later was not satisfactory, so the division asked again to allow its officers to come in person to question him. The Cypriot authorities agreed, and the information team moved by helicopter of the Lebanese army to Cyprus, where they questioned the Russian owner of” Roussos “who appeared elusive in his answers and argued that” he does not remember anything more than that the ship I arrived in Lebanon and accumulated debts on her, and after that, he did not pursue the matter!

And based on the fact that “his testimony is not convincing and inconsistent,” Awaidat asked the prosecution against him and asked Interpol to write an international arrest warrant against him. However, some legal sources indicate that he is currently fortified with international law that allows Cyprus not to extradite him to Lebanon but to his homeland, Russia, if it decides. Delivered under the international note.

These were the details of the news Roussos … Cross-border investigations and “unconvincing answers”! for this day. We hope that we have succeeded by giving you the full details and information. To follow all our news, you can subscribe to the alerts system or to one of our different systems to provide you with all that is new.