An American step towards the division of Lebanon? 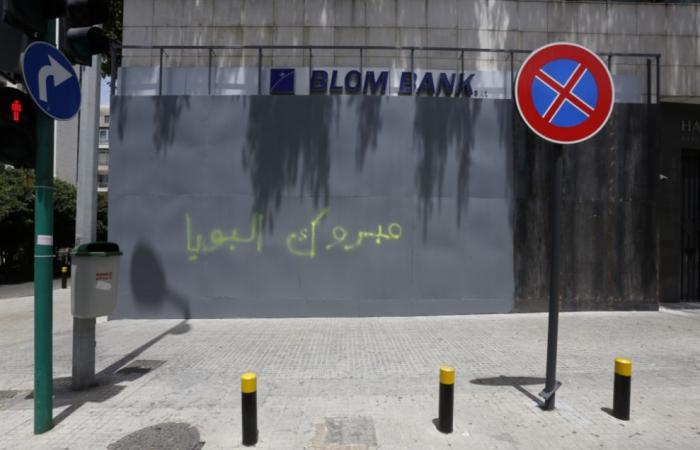 The weekly renewed talk of imposing or tightening US sanctions on Hezbollah’s friends and allies in Lebanon raises many questions about the target next time. However, what must be considered this time is the nature of these sanctions, which representatives in the US Congress seek to develop their political effectiveness in a way that serves the isolation project that Washington seeks to implement against the resistance and its environment. After punishing a number of institutions and individuals, parties in the United States of America are seeking to devise a new type of sanctions targeting this time the entire Lebanese environment supporting Hezbollah, and the geographical areas in which the party has a popular presence. Finally, the Chairman of the Foreign Affairs and National Security Committee in the US House of Representatives, Representative Joe Wilson, submitted a bill entitled The Hezbollah Money Laundering Prevention Act of 2020 . This project aims to “stop money laundering activities carried out by the party throughout the world”, defining the border triangle in Latin America, between Brazil, Paraguay and Argentina. As for its danger, it lies in defining the area of ​​southern Lebanon “controlled by the party.” The proposal refers to what he calls “party-friendly banks in this region” that will be under the range of sanctions. This means that the southern Lebanon region will become free of any bank, as no bank – if this law is issued – will dare to keep its branches in the areas that are Washington classifies them as areas “under the control of Hezbollah,” for fear of sanctions. This project is supported by 12 US lawmakers from the Republican Party, and Wilson says it “isolates banks in the areas under the control of this terrorist group.” The danger of the project does not lie exclusively in being a prelude to isolating a Lebanese region from the rest of the regions. Rather, it goes beyond that to the fact that it is the first official indication of American intentions to divide Lebanon, not in a constitutional or legal manner, but rather in practice and dealing. This will be provided by the banks that have always been “more royal than the king”, as they not only implement the punishments against the people whom America decides to punish, but rather go more in besieging them by targeting their families, relatives and those with whom they are related, without being subject to any American punishment.Although the United States knows very well that Hezbollah has nothing to do with the banking sector, it has not stopped imposing sanctions on banks under the pretext that they are affiliated with it. And in the new US law proposal, a new term is “party-friendly banks.” This description will be a sword sword to the banks, to push them to offer more concessions and information to Washington. This classification also allows the United States to repeat the experience of the “Jammal Trust Bank” which was “executed” by the US Treasury in 2019, which constituted a “thunderbolt” to start the collapse in the financial sector, after the factors of this collapse had accumulated over years. This sword will be known in the face of the banks, as well as the entire Lebanese state.
It is true that the proposal still needs time and consultations before it is approved, and its form is not yet known in terms of whether the American administration is obligated to implement it immediately or that it is able to not abide by it, but the mere submission of the proposal, and its adoption by 12 Republican representatives, indicates the intention of the holders. With the Lebanese file in Washington to begin exerting “maximum pressure” on Hezbollah and its environment, similar to the pressure exerted on Cuba, Venezuela, Iran and Syria, to impose collective punishments on all citizens, under the pretext of punishing a political party, figures, or “regime.” The deputy who submitted the proposal is not a marginal person in Congress, but rather a member of the subcommittee on the Middle East, North Africa and Global Terrorism, emanating from the Foreign Affairs Committee in the US House of Representatives. He is also the chair of the Foreign Affairs and National Security Task Force on the Conservative Republican House of Representatives Committee.
The idea of ​​division that the project carries between its lines has fertile land and an atmosphere that is ready for it.

For example, the article published by “Foreign Policy” magazine entitled “Partition is the best solution to Lebanon’s accumulated problems” and prepared by the principal researcher at the “King Faisal Center for Research and Islamic Studies” in the Saudi capital, Riyadh, Joseph Keshishian, considered that “partition is a serious choice that would make it.” To help avoid the repeated mistakes that have characterized Lebanon to a large extent during the past century » (See, “Al-Akhbar”, September 21, 2020, “The Divided Solution” in Lebanon). He added, “It is quite clear that while the Lebanese share common features, they cannot agree on basic political and social freedoms, which can only be preserved through a new political compact.” There is no doubt that Kechchian’s vision for a solution is not an expression of an independent viewpoint, and it is an expression of the policy of certain parties, both in the US administration, as in the Saudi government. As for Lebanon, the discussion of partition has returned as a matter of arms, and some no longer find embarrassment to prevent waving it, the last of which is former MP Boutros Harb, who said in a recent television interview that “if some groups continue to impose their opinion on weapons or some forces or axes, This group pushes a group of Lebanese who adhere to one Lebanon to disbelieve it. Political continuation as we are following will lead to the division of Lebanon.

These were the details of the news An American step towards the division of Lebanon? for this day. We hope that we have succeeded by giving you the full details and information. To follow all our news, you can subscribe to the alerts system or to one of our different systems to provide you with all that is new.