A comprehensive curfew in Jordan due to Corona … and the... 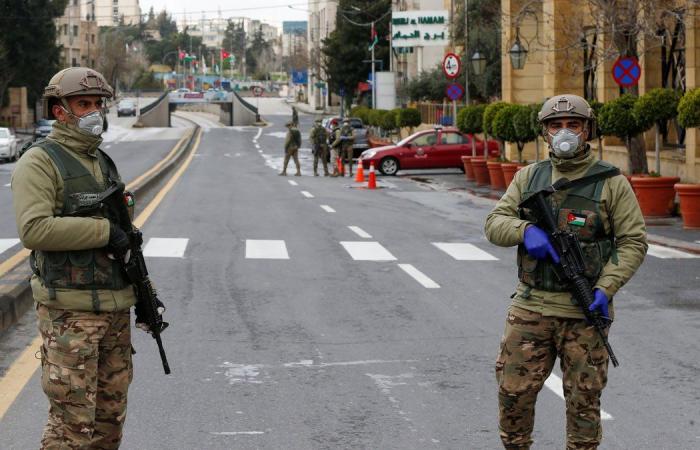 Today, Tuesday, the Jordanian government announced the imposition of a comprehensive curfew in all governorates of the Kingdom, on Friday and Saturday of every week, and the redeployment of army forces in the streets, as part of measures to try to confront the second wave of the Corona virus in the country.

Director of Corona Crisis Cell Operations at the National Center for Security and Crisis Management Brigadier General Mazen Al-Faraya said that, “In light of the developments of the epidemiological situation in Jordan It was decided to impose a comprehensive curfew in all governorates of the country, starting from 12:00 midnight next Thursday for a period of 48 hours, and this procedure will be repeated every weekend.

Al-Faraya added, during a press briefing held at the Prime Ministry building, that it was decided to redeploy the army and armed forces in all Jordanian governorates, starting tomorrow morning, Wednesday.

In the context, the Jordanian Minister of Education, Dr. Tayseer Al-Nuaimi, announced that all school students will be suspended from next Friday until further notice.

The Jordanian Minister of Higher Education and Scientific Research, Mohiuddin Touq, announced that teaching in all public and private Jordanian universities will be via e-learning in all disciplines and levels with the exception of students of human medicine, dentistry, nursing in the clinical stage, laboratory materials, and practical applications. And physical.

Today, Tuesday, Jordan recorded 1,537 new cases of Coronavirus, and 12 deaths, bringing the total number of infections in the Kingdom since the outbreak of the pandemic last March to more than 19,000 cases.

These were the details of the news A comprehensive curfew in Jordan due to Corona … and the... for this day. We hope that we have succeeded by giving you the full details and information. To follow all our news, you can subscribe to the alerts system or to one of our different systems to provide you with all that is new.