Manchester United announces the inclusion of Cavani for a year in... 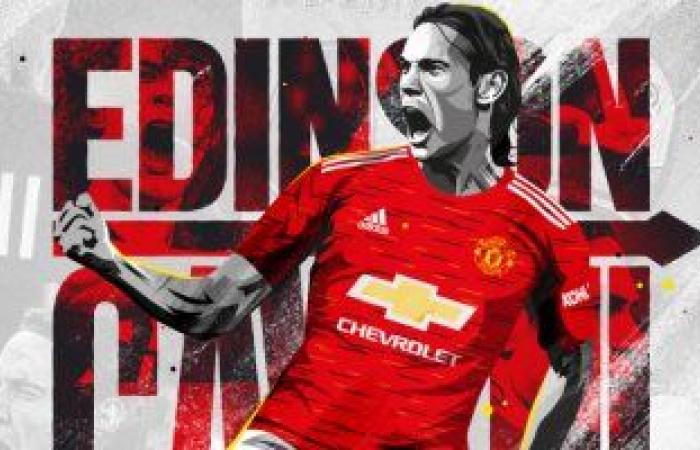 Manchester United announced the signing of the veteran Uruguayan star Edinson Cavani for a year in a free transfer, after the end of his contract with his former club Paris Saint-Germain in June, and the club’s official website said: “Manchester United is pleased to announce the signing of the striker Edinson Cavani, the Uruguayan international will join the contract for one year with the option to extend for another year.

For his part, Edinson Cavani said: “Manchester United is one of the greatest clubs in the world, so I am honored to be here. I worked hard during my break and I am excited to compete and represent this great club.”

He added, “I have played against some of the most passionate football fans of my career and I know it will be the same at Manchester. I can’t wait to experience the atmosphere of Old Trafford, when it is safe for the crowd to return.”

He continued: “I look forward to continuing to write my little story inside the soccer book and I know that this is why my focus should always be the same, work, work and work. I had a conversation with the coach and this increased my desire to wear this beautiful shirt.”

Manchester United coach Ole Gunnar Solskjaer said: “Edinson is an experienced professional who always provides everything for his team. His scoring record with the club and the national team is great and we are happy to sign a player of this level.

He continued: “He will bring energy, strength, leadership and a wonderful mentality to the team, but most importantly, he will achieve the goals. He has had a great career so far, winning titles in almost every club he has played with and still has a lot to offer at the highest levels.

Cavani, who won the Golden Boot in both the French League and the Italian League, has scored 341 goals at club level since moving to Europe in 2007, including 35 in the Champions League.

The striker won six French League titles with Paris Saint-Germain, and with 200 goals, he is the historic scorer for the French club, and Cavani won the Copa America in 2011, scoring 50 goals in 116 matches with Uruguay.

These were the details of the news Manchester United announces the inclusion of Cavani for a year in... for this day. We hope that we have succeeded by giving you the full details and information. To follow all our news, you can subscribe to the alerts system or to one of our different systems to provide you with all that is new.