Hariri: What happened shocked all of Lebanon, and this issue concerns... 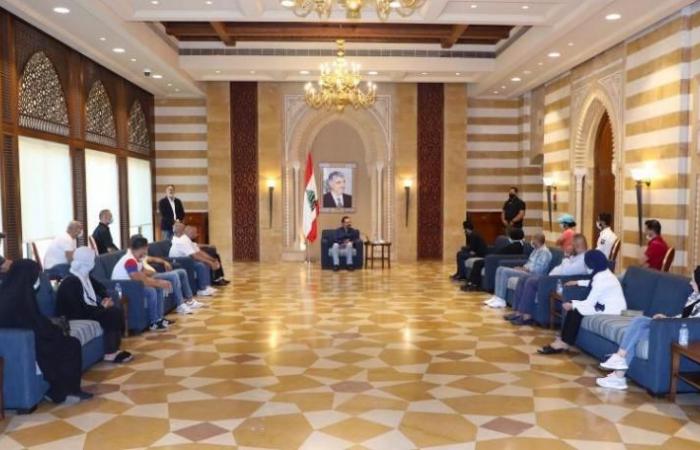 Former Prime Minister Saad Hariri received in the “Center House” a delegation of families of martyrs and missing people the death expressions that originated from Tripoli illegally, and heard from them the tragedies and problems they suffer from in their search for their missing children or in the conduct of their daily lives.

Hariri began the meeting by reading Al-Fatiha about the souls of the martyrs who were killed during these death trips, then Ziad Al-Birri spoke on behalf of the families of the two child martyrs Muhammad Sufyan Muhammad and Muhammad Nazeer Muhammad and a number of other martyrs and missing persons. When the mother, who is the state, abandoned her children and did not provide them with the most basic necessities of life, “calling on him to” make every effort to help find the missing and work to improve the conditions of the people of Tripoli in general. ”

For his part, Hariri considered that “what happened shocked all of Lebanon, but unfortunately there was no quick official move to contain the tragedy,” stressing that “this case concerns him personally, and he works daily and diligently with everyone who can provide any assistance in the field of Finding the missing and alleviating the suffering of their families, especially the Lebanese army, the US Navy, French, German and UNIFIL, “stressing that he will spare no effort to help the families and follow the fate of their children.

These were the details of the news Hariri: What happened shocked all of Lebanon, and this issue concerns... for this day. We hope that we have succeeded by giving you the full details and information. To follow all our news, you can subscribe to the alerts system or to one of our different systems to provide you with all that is new.