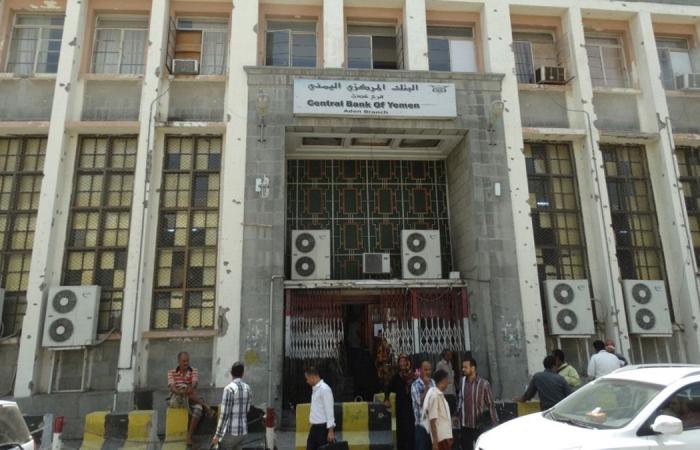 On Wednesday, the Central Bank of Yemen suspended all local remittance networks, as part of its measures aimed at stopping the sharp decline in the value of the local currency.

The Central Bank, affiliated to the Yemeni government, issued the temporary capital Aden, A circular to the local exchange companies, to liquidate their outstanding money transfers within two days, and to finish submitting an offer within 3 days, in consultation with the supervision sector in the Central Bank, regarding working with a unified money transfer network.

Sources in the Central Bank of Yemen, in Aden, told “Erm News”, “The unified remittance network has not been completed until the moment, and it aims to place all financial transfers under direct control of the Central Bank, in a way that enhances its role in monitoring the cycle. Cash ”.

The sources considered this measure one of the most important measures taken to stop the deterioration of the local currency against foreign currencies.

The Yemeni riyal continues to drain its value against foreign currencies, as the exchange rate of one US dollar, on Wednesday, reached more than 820 Yemeni riyals, in the temporary Yemeni capital, Aden.

In a related development, the Center for Studies and Local Economic Media called for an end to the division in the management of monetary policy in Yemen, and the abolition of all unilateral measures that it said negatively affect the stability of the local currency.

In its bulletin issued on Wednesday, the center stressed the need to stop “the deficit financing policy by printing more paper money, activating non-inflationary sources and mobilizing major resources, especially oil and gas, and boosting exports of agricultural and fish products.

These were the details of the news The “Yemeni Central Bank” stops all local remittance networks – Erm... for this day. We hope that we have succeeded by giving you the full details and information. To follow all our news, you can subscribe to the alerts system or to one of our different systems to provide you with all that is new.