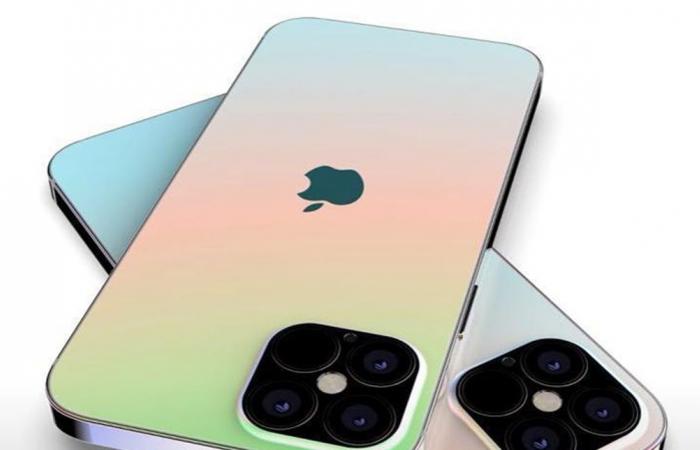 After postponing the announcement of iPhones at its annual conference held in mid-September, the leaks are still haunting the American company Apple with regard to its popular phones to be released soon.The new leaks revealed the images of the 4 new phones, which was a big surprise for followers, especially in light of the economic downturn due to the outbreak of the new Corona virus.

The famous YouTuber, Philip Coroy, reviewed the new iPhones and their full specifications, in addition to the most prominent differences between them.
“The 6.7-inch iPhone 12 Max Pro will be considered a flagship this year,” Koroy says.”The iPhone 11 Pro and iPhone 11 Pro Max were similar, but the new version of the two phones is more distinct,” he added, during a video he posted on YouTube.

The leaks indicated that the price of the iPhone 12 Pro Max, which has a strong design, will start at 1199 dollars.

The Mashable site confirmed earlier that one of Apple’s surprises this year is the iPhone 12 mini, which is the smallest phone among all Apple phones, while the other three phones will be called: iPhone 12, iPhone 12 Pro and iPhone 12 Pro Max.

It is likely that Apple will officially announce the new phones on October 13, so that the device will be put on the market in November.

Apple said at the event that the new chip will be 40 percent faster than the A12 and will increase the GPU’s GPU performance by 30 percent.

The four phones are scheduled to support the fifth generation network, “5G”, at a refresh rate of 120 Hz, and it also contains the new A14 chip.

These were the details of the news Surprise … new leaked photos from the four iPhones! (Video) for this day. We hope that we have succeeded by giving you the full details and information. To follow all our news, you can subscribe to the alerts system or to one of our different systems to provide you with all that is new.