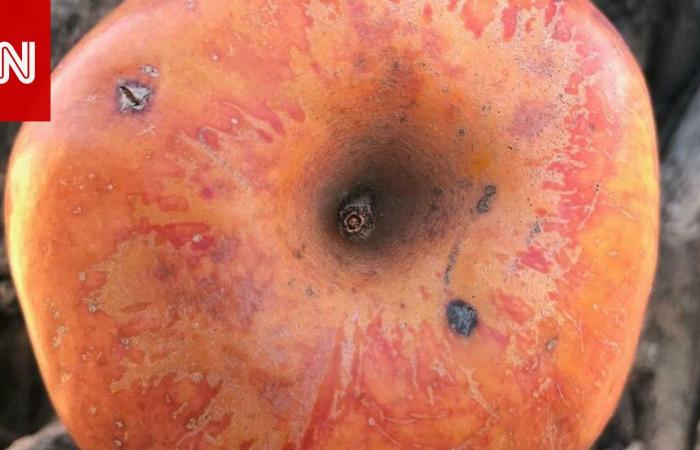 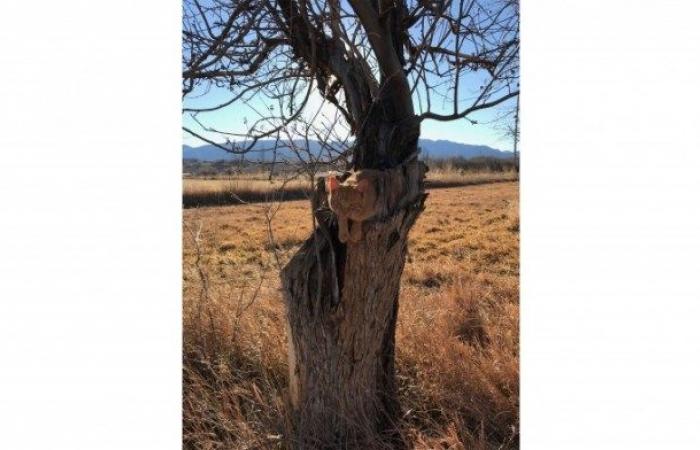 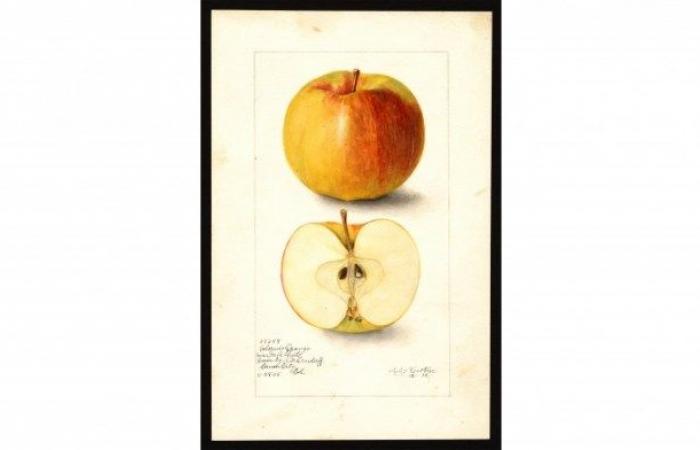 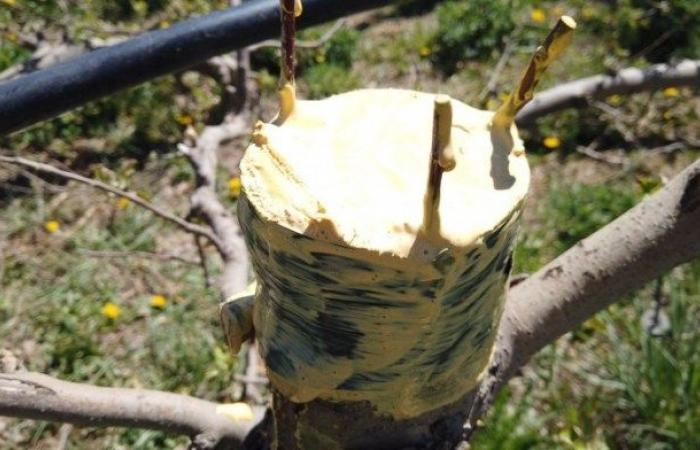 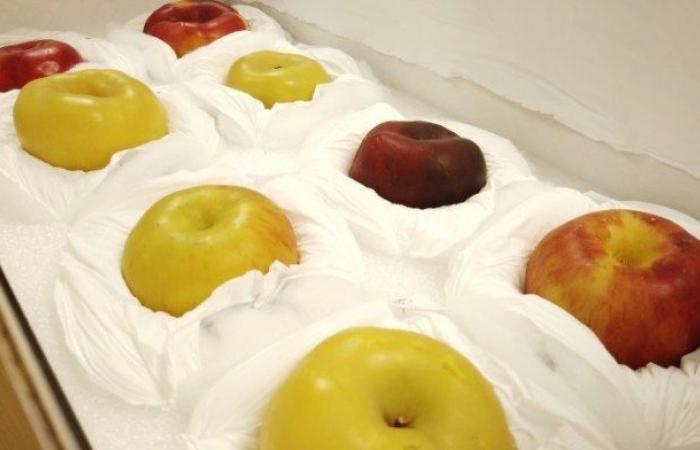 Dubai, United Arab Emirates (CNN) – After a nearly 20-year-long search for a fruit many believed to be extinct, the couple, Adi and Schönmeyer, stumbled upon a semi-dead tree hanging from its last remaining branches some apples.

Growing fruit in Colorado is not an easy task. The high altitudes and extreme temperature fluctuations in the spring and fall seasons cause problems for farmers trying to grow apples, peaches, pears, cherries and peaches in the “centenary state.”

But despite the thin air, late frost, lack of rain, and an abundance of locusts, orchids have long graced valleys across the state.

Ade’s husband and partner in the Montezuma County orchard restoration project, Judd Schönmeier explains, that when many people came in pursuit of gold during the gold rush on Pike Peak in the late 19th century, others realized that they needed to feed the miners.

“People thought they were crazy and made fun of them because they thought they could grow fruit here,” he continues.

The couple set up the restoration project after purchasing a nursery in 2001, with the goal of preserving the genetic diversity of the native Colorado apples and reintroducing the species into existing orchards.

“Preserving the genetic diversity of apples is historically important and provides a valuable resource for farmers and consumers today,” says Ady.

“These varieties represent a real economic opportunity for farmers in rural Colorado to return orchards to these historic areas and give them a chance to make a living from the legendary, high-quality fruit that was once a hallmark of our state,” Judd adds.

One of those fruits the duo had hoped to preserve was the Colorado orange apple.

Judd explains that they saw the Colorado orange apple for the first time at a county fair, noting that when they saw the apple, knowing that it was an unusual fruit, adding that it was a tremendously complex type of apple, which was sweet in taste but had a strong sour taste in line with its sweetness.

Addy points out that they documented more than 400 varieties of apples historically cultivated in Colorado, and 50% of them are now lost, adding that the Colorado orange apple was one of them.

And it was long thought that the Colorado orange apple was extinct.

Through their search to find apples grown in Colorado, Judd and Addy discovered Colorado orange apples in an old record from Montezuma County’s fairs, which won many awards, but there was no indication of the location of the apple’s origin.

And in the late 1800s, apple trees grew all over the state, from the Denver metro area all the way to the far southwest corner of the state in Montezuma County where the Schoenmeier couple lived.

They did not have a specific location to start the search.

Judd explains that it took them several years to grasp what this apple really was, and where to find it, and then tried to find it crazy.

Looking at the state’s horticulture records, the couple eventually narrowed down the cultivation of this cultivar for the first time in Fremont County, about a two-hour drive south of Denver.

And all of their attempts ended in disappointment.

And then, in December of 2017, while the duo returned samples from other trees to a man in Fremont County, he wanted to show them another tree in his orchard, a tree his father-in-law once told him was the Colorado orange apple tree.

Ady explains that the age of that tree and the location of the orchard were precisely what they were looking for in order to have a chance to find this apple.

Addy describes the shape of the apple as being polygonal and that its color was a mixture of yellow and orange, and it is clear that it will bear fruit in late winter.

The couple collected several hanging apples from that tree and some of its fallen fruits on the ground. The couple kept their enthusiasm, having suffered disappointment before, and moved toward proving that they had finally found what they were looking for.

The couple cut out the apples they collected and compared them to the drawing of Colorado orange apples. And they found a great similarity.

Then the duo sent DNA samples of the apple and the tree to horticulturists at the University of Minnesota for comparison with other apple varieties.

More than a year after seeing the tree for the first time, the Schoenmeier duo received results that stated that the apple was “unique and unknown”.

The apples the duo found in Fremont County did not match any of the thousands of genotypes of the apples in the scientists’ DNA database.

Judd says the DNA of the Colorado orange apple was not available because he believed the species was extinct.

Yet Judd and Addie were not prepared to tell the world that the extinct apple had not actually gone extinct, and they needed more evidence.

The day before the DNA results arrived, Judd and Ade received an email from an archivist at Colorado State University in Fort Collins. And she had the potential key to solving the Colorado orange apple mystery.

Linda Mayer, an archivist at Colorado State University, says they learned of a bunch of wax apples in boxes inside a retired professor’s office, and among the apples listed was the Colorado Orange.

The pair realized that this might be the moment they had been waiting for a long time. “We were able to compare apples to apples,” says Judd.

After spending 8 hours on Fort Collins Road to meet Mayer, the duo were able to see a batch of wax apples made in the early 20th century, and the university’s Department of Agriculture was tasked with making wax replicas of the state’s famous and award-winning apple. Apple fruit samples are meticulously crafted and numbered as a reference guide.

Of the 83 apples the university found, the number 30 was the Colorado orange. Once the duo can compare the wax pattern to the real apple from the tree they stumbled upon two years ago, they can celebrate.

Addy points out that they are sure that they found the extinct apple at a rate of 98%, which ends a 20-year journey around the Centennial State in an attempt to find a small piece of Colorado’s history and prove that it still exists.

And Judd confirms that the Colorado orange apple is their greatest discovery ever.

These were the details of the news A duo finds a rare type of fruit believed to be... for this day. We hope that we have succeeded by giving you the full details and information. To follow all our news, you can subscribe to the alerts system or to one of our different systems to provide you with all that is new.