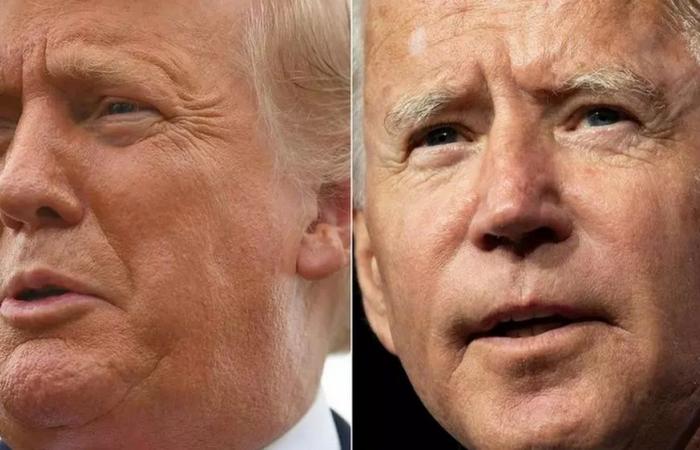 Hello and welcome to the details of In first Biden-Trump debate, a show with limited prospects for impact and now with the details

NEW YORK, Sept 28 — With just over a month before the US presidential election, Donald Trump and Joe Biden are set to take the debate stage tomorrow, the first show pitting the rivals against each other that’s sure to have millions of Americans glued to their screens.

But in an ultra-polarised climate with few undecided voters, analysts say it’s unclear how much debates, which over the decades have become something of rehearsed performances, can actually move the needle.

The first duel between Trump and Hillary Clinton in September 2016 had a record audience of 84 million viewers.

If tomorrow’s numbers are comparable, the candidates would have more than triple the audiences of their party’s conventions earlier this year — only the Super Bowl football championship does better, with about 100 million viewers per year.

But history shows the debates aren’t necessarily the key to winning the presidency.

In 2016 Clinton was deemed the winner of all three debates — and ultimately lost the fight for the White House.

Bob Erikson, a political science professor at Columbia University, said the last time presidential debates were significant at the polls was in 1984, when Ronald Reagan, 73, fumbled against his rival Walter Mondale.

But the Californian bounced back in the following face-offs, highlighting the “youth and inexperience” of Mondale in a backhanded joke, and won the vote.

The debates are important, says John Koch — a professor specialised in debates at Vanderbilt University — not necessarily because they influence the vote, but because “it’s the only time we see both candidates together and the two major parties ostensibly debating, outside of Congress.”

Still, Michael Socolow, a media historian at the University of Maine, said that since the first televised US debate — Richard Nixon versus John F. Kennedy — the duels have grown increasingly less informative.

In 1976, the Democrat Jimmy Carter was still “introducing new ideas in a debate,” Socolow said, but today “there are very few new and innovative ideas.”

“Now, it is just a staged performance — and the idea is if somebody can be knocked off their lines,” he said.

Few voters are expected to change their minds, and the debates are more geared toward cementing the choices of those wavering.

In 2016, 10 per cent of voters said they had finalised their candidate during or just after the debate, according to a Pew Research study.

This context means style — and likability — often count for much more than words.

Spectators are likely to be particularly interested in Biden, who has been mostly absent from the campaign trail over coronavirus precautions.

“They haven’t necessarily seen him in action,” said David Barker of American University.

The political scientist said the debate offers a chance for people to see “whether they are comfortable with him... whether he seems up to the task.”

The 77-year-old former vice president will likely invoke the loss of his first wife and their daughter in a 1972 car accident, as well as the death of his son Beau to cancer in 2015.

“He does that every chance he can to demonstrate his level of empathy,” Barker said.

“That makes him more likeable and more relatable. And it’s sad to say that something like that could be such an effective political tool.”

In an ultra-mediated society, the hot takes of viewers often matter less than analysis from political commentators, who scrutinise every hesitation, gesture or unexpected quote.

“What is important is what happens after the debates, and how it is used,” said Amy Dacey, the former CEO of the Democratic National Committee.

She said the candidates will likely “try to get their opponent to say things they want them to say, and to use that outside the debate” in advertisements, for example.

Still, the format of the debates limits the risk of a gaffe: Since 1988 a moderator has asked questions on themes chosen in advance, with timed responses and counterpoints.

The pandemic means a limited live audience, according to US media, and no traditional handshake — but otherwise the format will probably remain unchanged.

Biden will probably appear masked, to emphasise the severity of the coronavirus pandemic which many have accused Trump of minimising.

Debate expert Koch said voters would probably have a lot to gain from a different format, where candidates might need to approach problems in real-time, consult with their advisers and then unveil their solutions live, for example.

Such a format would be closer to reality television, but could help voters “see who could handle the presidency,” Koch said.

“But it’s not appealing to campaigns, who try to keep everything as surprise-free as possible.” — AFP

These were the details of the news In first Biden-Trump debate, a show with limited prospects for impact for this day. We hope that we have succeeded by giving you the full details and information. To follow all our news, you can subscribe to the alerts system or to one of our different systems to provide you with all that is new.