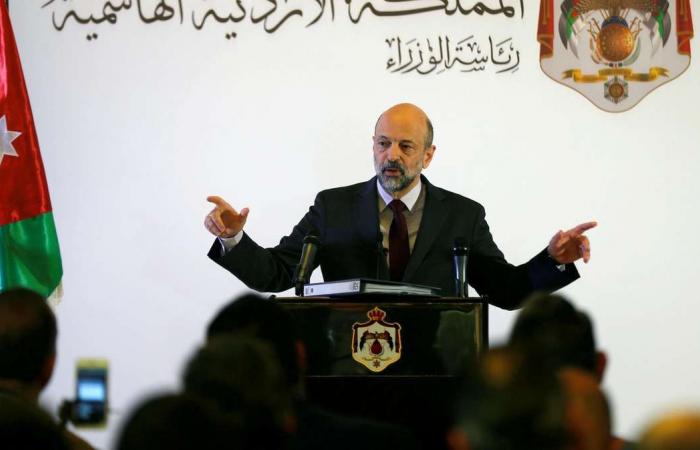 Hind Al Soulia - Riyadh - Jordan’s King Abdullah dissolved the country’s parliament and senate on Sunday, paving the way for the dismissal of a government facing growing public anger over a coronavirus surge and what many are calling a squandered lockdown.

King Abdullah dissolved the country’s legislative bodies to pave way for parliamentary elections November 10; as per the constitution, the government must be dissolved within 10 days of parliament.

Observers and insiders say King Abdullah is likely to replace Prime Minister Omar Razzaz with a new caretaker prime minister and government, amid fresh polling showing three-fourths of Jordanians believe the country is heading in the wrong direction.

It is a stunning turnaround in fortunes for both Jordan and Mr Razzaz, whose insistence on imposing one of the world’s most stringent lockdowns in March helped Jordan crush the curve and limit new virus cases to five or fewer per day for months.

Yet a mishandling at the borders with Syria and Saudi Arabia led infected border and customs officials to “import” coronavirus back into the country at a time its international borders were still sealed.

They told us not to worry, that they had it under control. They didn’t

Khawla, mother of three in Amman

With the government struggling to keep the country’s economy open and curb social gatherings, decisions have been erratic and often contradictory; daily Covid-19 cases have soared from single digits in early August to a record 830 cases and four deaths on Saturday. An additional 431 cases and one death were registered on Sunday.

Citizens have directed much of their ire at Health Minister Saad Al Jaber, who assured Jordanians that after two weeks of a full lockdown the coronavirus would “dry up and die”, even declaring on June 28 that the virus had “died” in the kingdom.

Another source of anger is the government’s insistence on opening schools on September 1 despite public doubts. Coronavirus outbreaks at dozens of schools forced the kingdom to revert to distance learning two weeks later.

“When there were five Covid cases, the government closed businesses and made us stay in our homes. When there were hundreds of cases, they told us to send our children to school,” said Khawla, 38, whose three children are now studying at home in Amman.

“They told us not to worry, that they had it under control. They didn’t, students are sick, schools closed and we have a pandemic in Jordan. They lied to us.”

Despite expanding social security, health care and guaranteeing salaries during the lockdown, much of the government’s social safety net measures have since expired, while unemployment has risen to a record 23 per cent this quarter.

Unofficial estimates place youth unemployment at 60 per cent. Most Jordanians who have retained their jobs are receiving 50-75 per cent of their monthly salary.

“The government killed the economy, closed the country down, and now we are in a worse spot than when we were in March,” said Mohammed, 28, who lost his job as an accountant and now drives his car for Uber part-time. “What was it all for?”

Odeh Ahmed was forced to close and sell off his antiques and souvenirs shop across the street from the Roman Theatre in late July as the closure of the airport hit tourism.

He now sells his wares from a blanket spread out on the pavement in central Amman.

“We were glued to the television every night for the government press conference for every update; how many cases were registered, which neighbourhoods were quarantined, what the new procedures were,” he said as he laid out copper antiques.

“Suddenly, when the cases grew, the government opened schools, mosques and restaurants and told us everything is OK. This proves to me this virus isn’t real,” he said, pointing to his uncovered face. “I stopped wearing a mask two weeks ago. I am not sick, but I am sick and tired of caring and listening to this government.”

“There is a deep public frustration not only with the coronavirus’s spread but with the government’s measures; many people feel we have been cheated after all our sacrifices and early success,” said Musa Shteiwi, sociologist and professor of political sociology at the University of Jordan.

The frustration is reflected in public polling.

In an opinion survey carried out in late September and released on Sunday by the Centre for Strategic Studies at the University of Jordan, 74 per cent of Jordanians said the country was heading in the wrong direction.

Only 10 per cent of Jordanians said the country was moving in the right direction, down from 55 per cent in July and a plummet from 91 per cent in the midst of the nationwide lockdown in March.

Sixty per cent of Jordanians are dissatisfied with government’s pandemic measures, compared to 37 per cent who are satisfied, while 57 per cent believe the government has failed in its handling of the crisis, according to the survey.

But some Jordanians say they are sceptical that a change in government could turn Jordan’s fortunes around.

“The government can only do so much when people are gathering in the hundreds for weddings and engagement parties,” Mohammed Rawashdeh, 55, said through his mask as he and his wife walked through downtown Amman.

Despite the virus outbreaks, the kingdom is set for parliamentary elections on November 10, with thousands of candidates already registered.

Yet there is a growing apathy among Jordanians over the election due in part to indifference and frustration over a parliament many see as an ineffective, self-serving institution; a trend that predated Covid-19.

Opinion surveys released by RASED, a Jordanian election-monitoring NGO, show that only 28.4 per cent of Jordanian youth (18-35) and 30.4 per cent of women said they would take part in November’s polls.

Official sources say they expect participation of about 30 per cent – which would be the lowest on record for legislative elections in Jordan.

Even the announcement last week that the Islamic Action Front, the Muslim Brotherhood’s political party and largest opposition group in the kingdom, would take part in the polls has garnered little enthusiasm, even among its base.

“We don’t want elections for a parliament of thieves to do the government’s bidding. We want an honest and clean government that is honest with us,” said Saed Ibrahim, a 43-year-old lawyer who expected little from Mr Razzaz’s successor.

“If there is fresh blood and a prime minister who can send positive and clear messages to the population, it can positively change the mood among the public as Jordan navigates this crisis,” said Mr Shteiwi, the sociologist. “At least in the short term.”

These were the details of the news Jordan prepares for elections amid anger over Covid-19 missteps for this day. We hope that we have succeeded by giving you the full details and information. To follow all our news, you can subscribe to the alerts system or to one of our different systems to provide you with all that is new.