The security forces detail the operation to eliminate a terrorist group 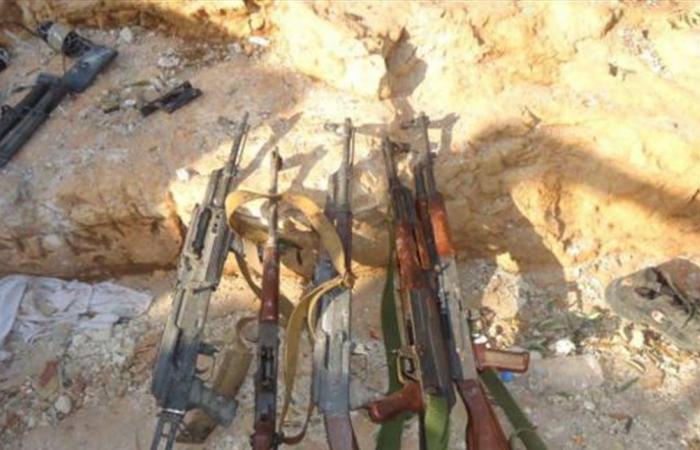 The General Directorate of Internal Security Forces – Public Relations Division issued the following notification:On 08/21/2020, and following the occurrence of the Kaftun crime, which led to the death of three citizens of the town, the Information Division of the Internal Security Forces began its investigations to uncover the circumstances and motives of the crime.

As a result of the immediate field and informational follow-up, the Division was able to identify the perpetrators of the crime, namely the Syrians (M.H.) and (Y.K.) and the Lebanese (A.S.) and (A.B.), as it was found that the aforementioned are part of a large cell working for the benefit of ISIS organization in Lebanon.As a result of the monitoring and follow-up processes, and based on the reference of the competent judiciary, the Division has identified the identity of the group’s members, which number (18), of Lebanese, Syrian and Palestinian nationalities, and there are / 13 / of them prioritized for crimes belonging to terrorist organizations and they have previously been arrested on this charge.

The Information Division began its immediate measures in order to arrest the members of the cell, so it was able to arrest / 3 / of its members who are – The Palestinian (A.S.) – was arrested in the Beddawi camp on 23/8/2020

In interrogating the aforementioned, they confessed to the following:

– They belong to a cell affiliated with ISIS in Lebanon and they pledged allegiance to the organization at the request of their emir (M.H).

– They have prepared explosive charges and belts, in addition to purchasing light and medium weapons, ammunition and hand grenades in order to prepare for carrying out terrorist operations targeting some Lebanese regions, in addition to the Lebanese army and security services, and informants working for them. The arrested (A.S.) also admitted that their emir had carried out robberies to cover the expenses of the cell, and that he knew that he directed them to Kaftoun for this purpose, knowing that he helped them at the time to remove the car plates before heading to the aforementioned town – (his statements were verified).

– It was found that the arrested (A.A.) was a doctor, and he transferred the members of the group to Wadi Khaled after the Kaftoun crime, at the request of his Emir (M.H).

The arrested (A.B.), a mechanical engineer, admitted that he pledged allegiance to ISIS and assisted in the manufacture of explosive belts.

The Division reached the location of the apartment that the group was using as a safe place for it in the town of Al-Bireh – Akkar, where it was raided on 8/24/2020, and materials and detonators were found inside it that were used in the manufacture of explosive devices and belts.

On 28/8/2020, the Information Division carried out raids in the locality of Hanider – Wadi Khaled, which included three houses and a sawmill belonging to four members of the cell without finding them, while an amount of military weapons, ammunition, land mines and materials used in the manufacture of explosives were confiscated.

Intensive investigations began in the informational and field aspects. As a result, it became clear that the bulk of the group’s members, including four from the Wadi Khaled locality, are present with their emir in unknown places in the aforementioned locality, while some of them are located in secret locations located in the areas in which they reside.

As a result of the follow-up, and on the morning of 9/26/2020, two people from the Wadi Khaled area were arrested, who were under surveillance due to information that they were providing logistical support to the group members in the house they were holed up inside.

With their interrogation, it was confirmed that the members of the group had light and medium weapons, in addition to a large number of grenades, Lao missiles, belts and explosive devices.

At 16:30 on the date of 9/26/2020, the strike force in the Information Division carried out a specific operation that led to the encirclement of the house from all sides, and when those inside the house were warned to surrender, they initiated firing, shells and bombs in great abundance, and the striking force responded to them in an appropriate manner. An armed clash took place that lasted until approximately one o’clock in the morning, resulting in the liquidation of all nine members of the group present in the house (work is underway to confirm their identities) without any injuries in the ranks of the raiding force.

A large amount of weapons, ammunition, grenades and explosive belts were seized.

Investigations and procedures are still underway under the supervision of the Public Prosecution Office of Cassation.

These were the details of the news The security forces detail the operation to eliminate a terrorist group for this day. We hope that we have succeeded by giving you the full details and information. To follow all our news, you can subscribe to the alerts system or to one of our different systems to provide you with all that is new.