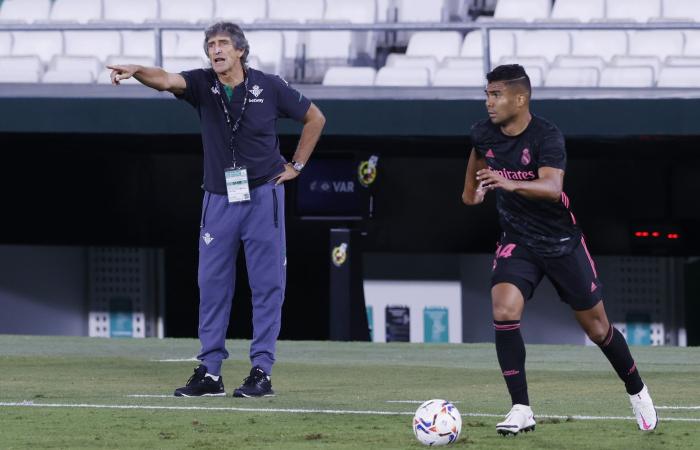 Seville – Coach Manuel Pellegrini said it was difficult for Real Betis to face Real Madrid and the video assistant referee after his team lost 3-2 at home in the Spanish Premier League on Saturday despite beating the defending champions in large periods of the match.

Betis overcame his nets early to lead Real Madrid 2-1 at the end of the first half.

But three interventions from the video assistant referee went in the favor of the defending champion in the second half and led to Real Madrid realizing the tie, then Emerson sent out Betis and the visiting team got a penalty kick in the last minutes by Sergio Ramos successfully to collect the three points.

“It is very difficult to face Real Madrid and the video assistant referee, we were much better than Real Madrid in the first half, we scored two goals and had three real chances to score. The second half was more equal, then came the red card and the penalty kick, and the play was with ten players,” Pellegrini told a press conference. Difficult during this long period. ”

He added: “When you face Real Madrid and a penalty is awarded against you and a player is dismissed because of the video assistant referee, this is a very difficult thing. But I appreciate our good form when we were 11 against 11.”

Pellegrini, who coached Real Madrid in the 2009/10 season, led Betis to two wins in the first two games of the new season and was still happy with his team’s performance despite the way he lost.

He continued: “The positive thing is that I have become more sure that we are on the right path. When we were 11 players against 11 on the field, we were much better than Real Madrid.”

Zinedine Zidane, Real Madrid coach, was tired of the constant talk about the referees during his team’s trip to the title last season and seemed unwilling to enter into this controversy on Saturday.

Zidane said, “There is a referee and his job is to review events. I think what happened today was fair, the referee is responsible, I do not interfere at all in the referees’ work and I will not do that today. The most important thing is the way we played, and we did everything in our power in a difficult court.” Extremely”.

He added, “We are very happy and satisfied with the work we have done. We did our best and got the three points.”

These were the details of the news Pellegrini: It’s difficult to face Real Madrid and the mouse referee for this day. We hope that we have succeeded by giving you the full details and information. To follow all our news, you can subscribe to the alerts system or to one of our different systems to provide you with all that is new.