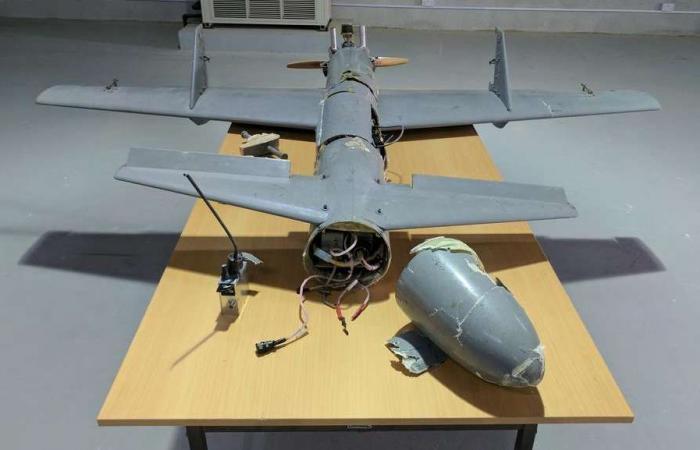 Hind Al Soulia - Riyadh - German officials imposed a ban on the sale of model aircraft engines to Iran after a shipment ended up in drones used by the Houthis in Yemen to attack Saudi Arabia.

The move prompted a shift in Iranian procurement to advanced engine technology that is smuggled in drones bought from Chinese makers and shipped from Xiamen to Mombasa,

From there the units are smuggled to Salalah in Oman and on to Houthi strongholds, intelligence reports say.

It emerged that a small maker of engines for miniature versions of well-known aircraft was approached by Germany’s domestic intelligence service, which had been monitoring sales of units later found on the battlefield.

The shipment of 42 twin-cylinder propeller motors in 2015 was routed through Athens to Tehran.

Intelligence officials working for Germany’s Federal Office for the Protection of the Constitution (BfV) stepped in weeks later to prevent further sales to Iran.

“There was no indication that the engines would be delivered to Iran,” said Karsten Schudt, managing director of manufacturer 3W-International.

At the instigation of the BfV, the order was prevented.

Iran has used German and Dutch precision-engineered small engines for more than a decade to boost its own drone production.

These include powerful machines of more than 80 brake horsepower, made by Limbach Flugmotoren, a German manufacturer.

Experts believe that for at least five years the Iranians have built up drone-making capability to arm its Houthi allies.

In mid-2018, the Houthis began using more advanced drones from Iran’s Sammad series, which is believed to have three variants with an operational range well beyond 1,000 kilometres.

These drones have powerful engines and can carry larger warheads.

A dossier circulating in Europe, compiled by an undercover agent, suggests Houthi-Iran drone production is financed by Qatar.

At the centre of the web is a front company in Cyprus that uses funds from gold trading to make payments to European suppliers.

These were the details of the news Germany stops Iran buying mini-engines after they were found in Houthi drones for this day. We hope that we have succeeded by giving you the full details and information. To follow all our news, you can subscribe to the alerts system or to one of our different systems to provide you with all that is new.