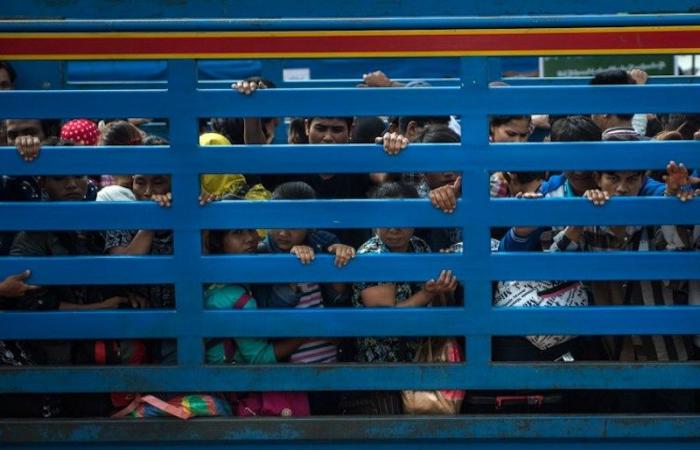 BANGKOK, Sept 22 — A group of garment workers in Thailand who were illegally underpaid while making products for global brands including Starbucks and Walt Disney Co are taking legal action to demand compensation after losing their jobs last year.

A Thomson Reuters Foundation investigation in September 2019 found dozens of migrants from neighbouring Myanmar working at several factories in the western region of Mae Sot were paid less than the daily minimum wage of 310 Thai baht (RM40.93).

Located 500 km from the capital Bangkok, Mae Sot is the main entry point into western Thailand and a trade hub home to about 430 factories and at least 44,500 workers — mainly migrants seeking to make money to send back to their families.

Following the expose, officials raided two garment factories and ordered the owners to pay wages owed to their workers.

Owners of one of the factories were ordered last year to pay 18 million baht in compensation to 600-odd workers. The company that owns the factory — Cortina Eiger — said it had repaid the workers, which was confirmed by labour officials in Mae Sot.

The owner of the other factory, Kanlayanee Ruengrit, has not yet paid 3.48 million baht to 26 workers who lost their jobs when she closed her business following the raid.

Interviews with workers by local and global rights groups found that her factory was making goods for several major brands from Universal Studios to Britain's largest supermarket Tesco.

Disney, Starbucks and Tesco said they were working with local representatives and civil society groups to support the workers from Kanlayanee's factory and find a solution.

The 26 workers are yet to receive any money and are part of a civil lawsuit filed last month on their behalf by the Human Rights and Development Foundation (HRDF), asking a local labour court to enforce the compensation order against Kanlayanee.

“This case is just another example that shows every business that invests in Mae Sot takes advantage of cheap migrant labour,” said Suchart Trakoonhutip, labour rights coordinator at MAP Foundation, which has supported the workers along with HRDF.

Jarunchai Korsripitakkul, an inspector at the Department of Labour Protection and Welfare, declined to comment on the case but rejected criticism from campaigners that officials had turned a blind eye to labour violations in the region.

Last year, another labour ministry official, Somboon Trisilanun, said Mae Sot — which is in Tak province and part of a special economic zone (SEZ) — was a “black hole” because many garment factories in the region were difficult to inspect.

Kanlayanee said she could only afford to offer the workers a total of about 800,000 baht — a quarter of the sum ordered — which they rejected this month.

“I am sad with what has happened,” said Kanlayanee. “I am confident I have never taken advantage of (the workers) in a moral sense, but in terms of the law I admit that I was wrong.

“Most factories in Mae Sot are in the same situation ... only the large factories can afford to (pay the minimum wage).”

HRDF and the MAP Foundation — which provides support to Burmese migrant workers — estimate fewer than a dozen factories paid minimum wage based on research and interviews in the area.

Separate to HRDF's legal case — which has its first hearing next month — the Tak Province Office of Labour Protection and Welfare said it was in the process of filing a criminal lawsuit against Kanlayanee for failing to compensate the 26 workers.

If found guilty, Kanlayanee faces a fine of up to 20,000 baht and/or a year in prison.

The MAP Foundation said global brands also had a responsibility to reimburse the workers in their supply chains.

A Starbucks spokeswoman said the company terminated its relationship with the factory in December, and was looking for a way to “remediate the situation with the involved parties.”

Disney and Tesco said the factory was not authorised to make their products and they were seeking to help the workers.

NBCUniversal, which owns Universal Studios, did not respond to multiple requests for comment.

Several workers said Kanlayanee circulated their details after the raid with their names and photos put on blacklists outside some factories so they were repeatedly refused jobs.

Kanlayanee denied sharing the details of any workers.

“This is an egregious case with a chilling message to other garment workers in Mae Sot,” said Ilona Kelly, coordinator at the Clean Clothes Campaign (CCC), a global pressure group.

“If you say anything you will be punished,” said Kelly, whose group is supporting the workers' push for compensation.

One of the workers, Aye Aye, said she was now lucky to get even a couple of days work a month on a farm earning less than 160 baht, and was struggling to pay off a 40,000 baht debt.

“I'm stressed out, because I'm constantly asked to pay back the money I owe, and I barely have enough to eat,” said Aye Aye, whose name has been changed to protect her identity. — Thomson Reuters Foundation

These were the details of the news Migrant factory workers in Thailand launch legal action after wages expose for this day. We hope that we have succeeded by giving you the full details and information. To follow all our news, you can subscribe to the alerts system or to one of our different systems to provide you with all that is new.