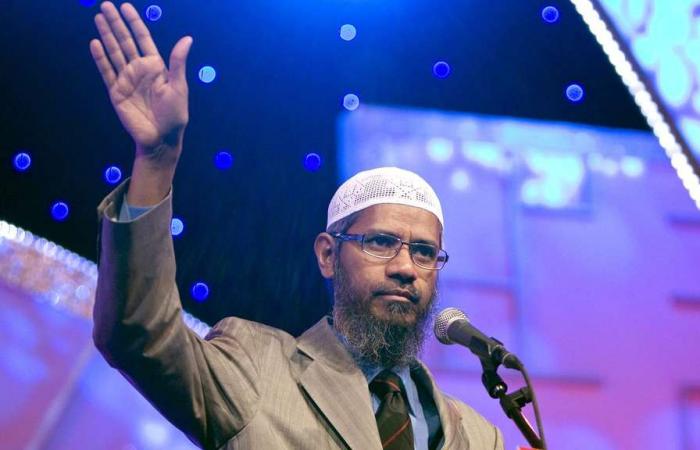 Hind Al Soulia - Riyadh - Zakir Naik, a television personality whose Peace TV stations have been fined for hate speeches in the UK, has been excluded from the charity that has bankrolled the troubled broadcasting operation.

Britain's charity watchdog has appointed an interim manager to run Islamic Research Foundation International (IRFI) due to an investigation over its funding of television channels which have been fined by the country's media regulator Ofcom.

Mr Naik, who founded the charity, ran two television stations, Peace TV and Peace TV Urdu, which were fined £300,000 in May by the media regulator, for broadcasting hate speeches and incitement to commit murder.

Both stations surrendered their licences last November and their broadcasts no longer air in the UK.

Mr Naik was barred from the UK in 2010 but continued to operate the channels until last year.

The Charity Commission launched an investigation in April to examine the operations of IRFI.

This week it announced all its trustees would now be "excluded" from its management.

"The Commission opened a statutory inquiry into the charity in April to examine concerns about its administration and governance, including trustee decision making around continuing to fund Peace TV channels despite breaches of Ofcom’s Broadcasting Code," it said.

"The regulator continues to have serious concerns about the administration of the charity. It therefore exercised its powers under the Charities Act 2011 to appoint an Interim Manager, Virginia Henley in July.

"Her role will be to take on the running of the charity to the exclusion of its trustees including acting as manager of the charity’s property and affairs. She will also be tasked with considering the future viability of the charity."

The watchdog appoints interim managers as a temporary and protective measure where it has identified misconduct or mismanagement in the administration of a charity.

The Commission’s inquiry is focusing on why the charity has continued to fund Peace TV channels following repeated broadcasting breaches due to hate speeches and hosting radicals and extremist speakers over the last four years.

The satellite channels, which had claimed to reach 2m viewers, were funded by the IRFI, which made appeals to the Muslim audience to contribute to fundraising.

Mr Naik, who is based in Malaysia, has been excluded from travel to the UK, India and Bangladesh and is accused by the Indian government of laundering £23m.

Britain banned him from entering the country in 2010, citing “unacceptable behaviour”, although officials have never spelled out the nature of the behaviour.

In June the UK's counter-extremism tsar Sara Khan called on the British government to urgently overhaul its terror legislation to ensure extremists are not exploiting gaps in the law.

The Commission for Countering Extremism cited the actions of Mr Naik as an example of where the current laws fail against Islamist extremism.

It has led to a review of the powers available to the authorities to take action against acts of hate.

These were the details of the news Peace TV founder Zakir Naik barred from involvement with the channel’s charitable foundation for this day. We hope that we have succeeded by giving you the full details and information. To follow all our news, you can subscribe to the alerts system or to one of our different systems to provide you with all that is new.