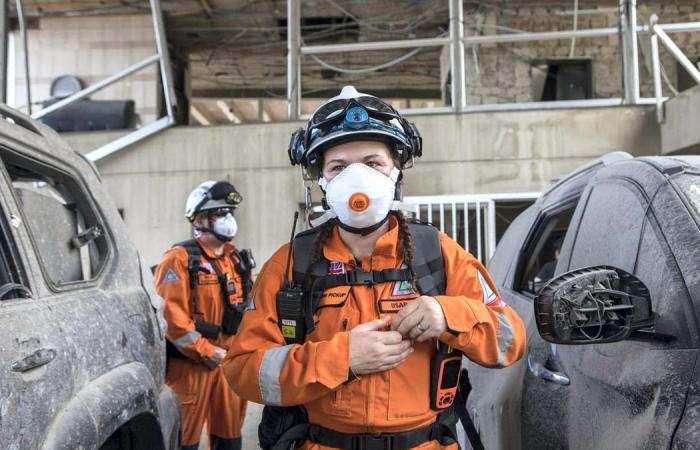 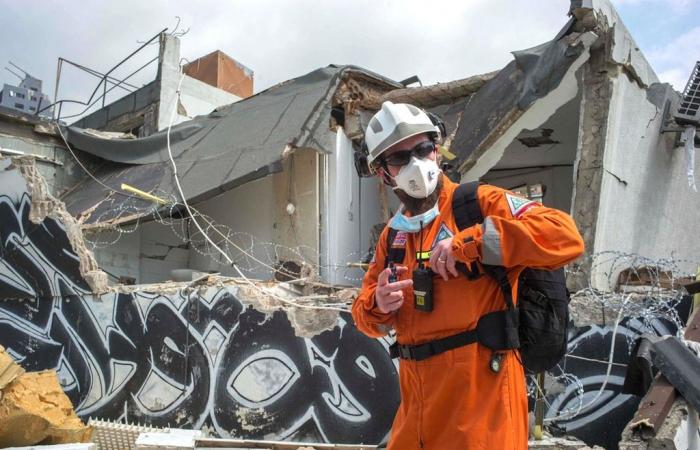 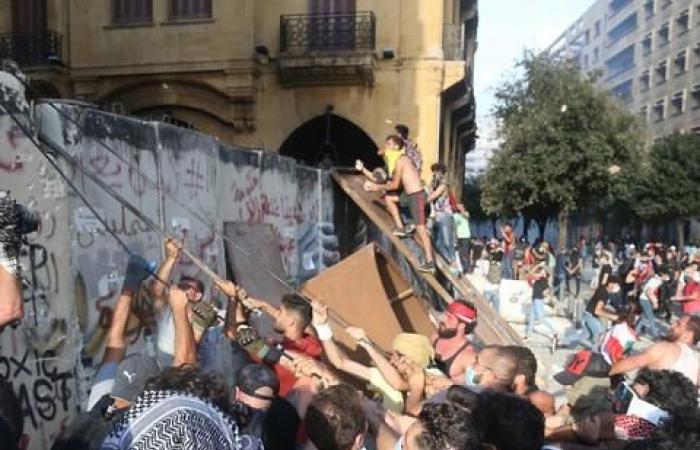 Hind Al Soulia - Riyadh - A British charity specialising in disaster response undertook one of the biggest risk assessment jobs on the planet when it surveyed more than 8,000 buildings damaged by the Beirut blast.

Within 39 hours of the explosion ripping through Lebanon’s capital on August 4, British charity SARAID (Search and Rescue Assistance in Disasters) had dispatched a team of 11 engineers, medics and urban search and rescue technicians to map the blast site and surrounding areas.

This meant taking into account any building which may have been structurally damaged by the blast, covering an estimated area of 20 square kilometres.

For a city already struggling from coronavirus, economic collapse and political division, every day lost in the rebuilding efforts adds to its demise.

The complicated task of working through Beirut’s buildings while managing the risks and dangers to the SARAID staff and other assessors make the recovery process a painstaking job. Having to juggle the threat of buildings that could collapse at any second, falling glass and even asbestos does not help.

The charity usually responds to earthquakes and tsunamis so an explosion – especially of this magnitude – was new territory. “We’ve never responded to a blast. But our team of experts are well versed in assessing a building’s structure and its safety, so are able to offer our expertise and services as best we can,” said Rob Davis, team leader of the operation.

The blast, which had the equivalent power of a 4.5-magnitude earthquake, killed nearly 200 people and injured 6,500 as it destroyed large parts of Beirut, making more than 300,000 people homeless.

“The difference of working with an earthquake to a blast is that we didn’t have to worry about aftershocks, so the risk factor, although still extremely high, was slightly lowered,” said Mr Davis.

More than a month later, many Beirutis are waiting to move back home. Tanya, 67, who was born and raised in the city said: “A lot of people have moved into other family homes. There are six to seven in one room. We are desperate to get back into our own homes. We have lived through a 15-year war, but we have never resorted to this.”

Despite their desire to return home, many Beirutis steer clear of neighbourhoods affected by the blast, aware of the dangers posed by the damaged buildings.

Landing in the city on August 6, 39 hours after the explosion, the SARAID team worked tirelessly to get an operational hub set up in four hours – a task that would usually take two to three days. From here, they managed the nine other international assessment teams and supported local authorities in establishing an effective co-ordination system fit for the many months of work ahead.

The first step was to split Beirut into 13 sectors and assign each to a team. Government-funded assessment teams and non-government organisations from Switzerland, France, Germany, Italy, Holland and Czech Republic were allocated specific areas of Beirut to assess, feeding information back to SARAID, the Beirut Municipality and the United Nations Human Settlement Programme – a process that is still continuing today, three weeks after SARAID’s departure from Beirut.

Determining whether a building can safely be inhabited is complicated and time-consuming work. Some groups get through four blocks of housing while others take half a day for a single building, depending on the age and architecture of the structure, among other factors.

“There are a lot of extremely old buildings which have not been well maintained and may have serious structural damage. It is a case of going house by house, building by building, assessing each one to see whether it is safe (and) if people can move back in or not,” Mr Davis said. “On average we were assessing 118 buildings daily across the nine teams.” 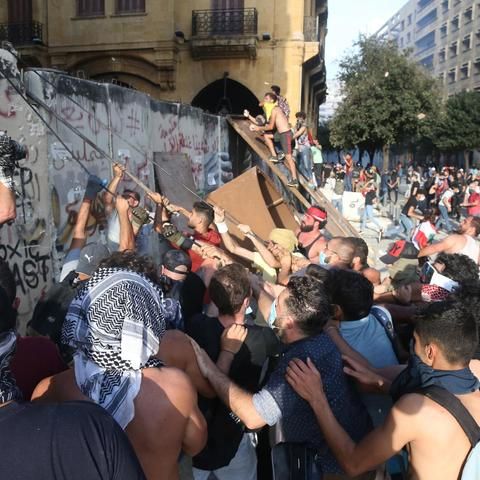 One of the challenges was the different methodologies used by teams to conduct assessments, meaning decisions on safety were often inconsistent and of varying quality.

“When this is concerning people’s lives, it is extremely important that all assessments follow a consistent approach, that all assessors are trained and confident to make technical decisions, and that the authorities have a system for enforcing decisions and dealing with unsafe buildings,” SARAID engineer Josh Macabuag told The National.

SARAID used local assessment methods supplemented with international safety standards and trained local engineers in the additional processes. This meant that even after SARAID left Beirut, they were confident further assessments would be carried out rigorously and correctly.

The safety of the engineers working in some of the most damaged areas of Beirut was also a concern. Many risked their lives and were deployed at the last minute, with little time to prepare.

“I always feel excited, scared and nervous before going on a deployment. But people need us here. And the help we bring to people is extremely important. Even if I am missing my partner's birthday today,” said section leader Steve Watkins, a father of four.

As the team walked through Beirut’s damaged streets, their bright orange jumpsuits standing out against the rubble, people called out thanks. Some rolled down car windows to ask where the team was from and express their gratitude for foreign support when so little help had been provided by the Lebanese government.

Charbel Aouad was one of many Beirutis whose business was blown apart by the blast. “The government doesn’t do anything. You see the police here sitting on the corners not helping,” he told The National, as he removed items from his production company in Mar Mikhael, where the windows had been shattered and expensive equipment destroyed.

“I just want to get back into my office and back to work.”

It is almost impossible to put a time frame on the city’s recovery, but small signs of a return to normality are beginning to show through. “The area directly next to the port may take years to rebuild. Areas in the near vicinity of the port could take a few months,” Mr Davis said.

“The good news though is that residential buildings slightly further out have been assessed, with potential dangers such as broken windowpanes or things hanging from ceilings safely removed. This means people can start moving back in; they just might be without windows for a while.””

These were the details of the news Beirut blast presents new challenge to British disaster experts for this day. We hope that we have succeeded by giving you the full details and information. To follow all our news, you can subscribe to the alerts system or to one of our different systems to provide you with all that is new.