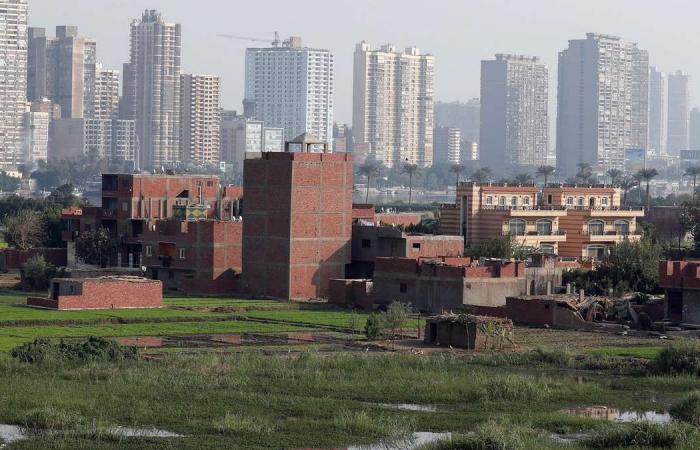 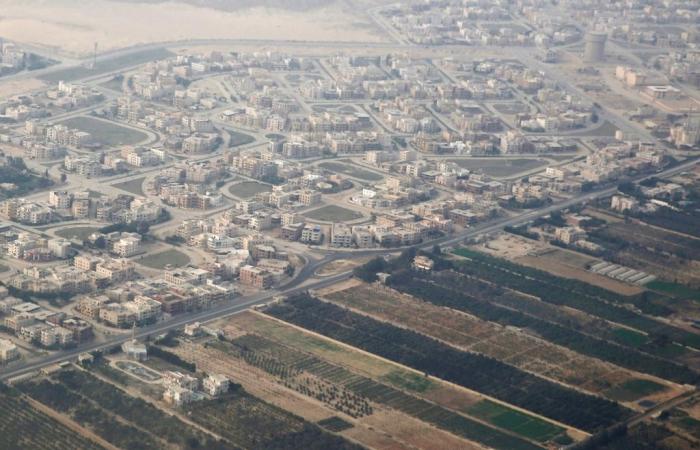 Hind Al Soulia - Riyadh - Egypt’s rapid urban encroachment on state and farmlands has gone unchecked for decades, but it has become Egypt’s top national issue after President Abdel Fatah El Sisi threatened to step down if it was not efficiently dealt with, surprising many in the nation of 100 million.

The issue has since dominated conversation, raised questions about the government’s law-and-order policies, the danger of disrupting the country’s food production balance and the social and economic cost of pursuing the government’s vision of a “modern Egypt”.

The government has set the end of September as a deadline for settlements regarding illegal buildings. Under those settlements, the state will be monetarily compensated in return for legalising unlawful buildings. Offenders are given two months to submit all the relevant documents and a recourse to appeal against the value of settlements offered by authorities.

Illegal construction, prompted in part by housing being unaffordable, has swallowed a staggering 168,000 hectares of agricultural land over the last 40 years, 37,800 of which were lost in the past decade alone, according to Prime Minister Mustafa Madbouli. At least 70 per cent of all construction nationwide since 1985 is illegal, he said, and 50 per cent of Egypt’s entire urban area is the product of “unplanned” or illegal construction.

The high cost of reclaiming land for agricultural purposes – between 150,000 and 200,000 pounds per feddan, an Arabic measurement that equates to around 0.4 of a hectare – makes it difficult to replace lost farmlands, he explained.

“Successive governments have over the years failed to provide housing for the poor,” said Ammar Ali Hassan, a prominent author and sociologist. “Now they are building new cities but housing units there are way beyond the reach of the poor.”

Illegal buildings are not exclusively built by those who cannot afford legal housing, however. Opulent mansions have been built on the Nile’s banks and in the middle of farmlands across rural Egypt.

President El Sisi has repeatedly sounded the alarm over the rapid loss of farmlands to illegal construction, but his recent comments were by far his most emphatic. He said the problem left him in so much despair he did not know what to do.

“I am tortured and pained every day when I see my country being decimated and its own people are destroying it. We are this country’s worst enemies," he said.

Seemingly intractable now after successive governments looked the other way, the problem has showcased the challenges facing Mr El Sisi in his zealous drive to realise his vision of a “new Egypt” where, among other things, discipline and law and order prevail over all else.

Since taking office in 2014, the general-turned-president has built around a dozen new cities and launched a series of multibillion dollar infrastructure projects, including the expansion of the Suez Canal, a nationwide network of roads, a chain of power stations and one of the world’s largest solar power farms. He has also spent billions of dollars on the procurement of cutting-wedge weapons that ranged from submarines and blue-waters’ troop carriers to fighter-jets, frigates and helicopter gunships, upgrading his army to a regional force to be reckoned with.

In his pursuit of a healthy economy, for example, the hands-on Egyptian leader who makes no secret of his disdain for politics, has removed state subsidies on basic food items that had for decades crippled the budget, introduced new taxes, tightening their collection, and has hiked the price of fuel and utilities.

His economic reforms have won lavish praise from international financial agencies and proved instrumental in withering the economic slowdown caused by months of lockdown because of the coronavirus epidemic. However, the reforms greatly burdened middle-class and poor Egyptians and raised questions about the government’s spending priorities.

“He wants to do so many things quickly and over a short period of time,” Negad Borai, a prominent rights lawyer who is also the director of a private legal firm, said.

“I am glad that there are some people around to remind him that public opinion also matters."

Significantly, Mr El Sisi has decided to prioritise the halting of illegal construction, especially on farmlands, at a time when food production has taken on vital importance due to rapid population growth and the possible reduction in Egypt’s vital share of the Nile water as a result of a giant dam being built by Ethiopia on the river. Egypt depends on the Nile for almost all its water needs.

It also coincides with renewed calls by for anti-government protests to begin again on September 20.

This summer alone, the government has in quick succession raised electricity charges, hiked fares on the Cairo metro, used by millions on daily basis, and reduced the size of the state-subsidised bread that is the main staple for the majority of Egyptians.

Apparently concerned over popular discontent growing, the prime minister has dismissed accusations that seeking financial settlements from the owners of illegal buildings was in reality an attempt by his government to lay its hands on more money. He says legalising the buildings will significantly increase their value and allow owners to sell them at a profit, and that the money owed to the government could be paid over three years without interest.

These were the details of the news Egypt's rapid urban encroachment a hot topic after El Sisi threatens to resign for this day. We hope that we have succeeded by giving you the full details and information. To follow all our news, you can subscribe to the alerts system or to one of our different systems to provide you with all that is new.