Yemen: UN warns fighting in Marib must stop or peace efforts will fail 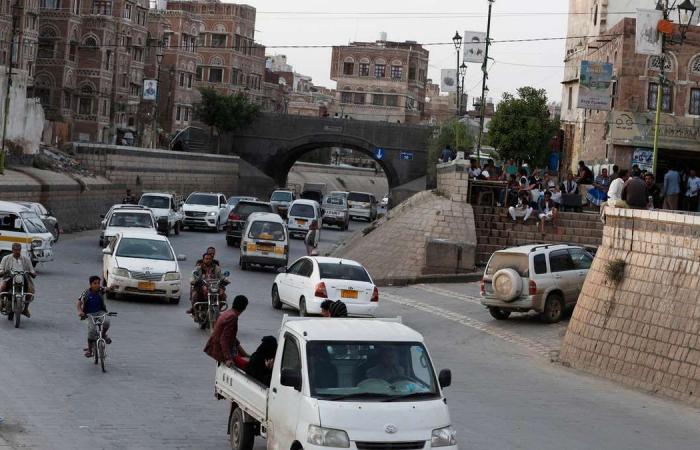 Thank you for your reading and interest in the news Yemen: UN warns fighting in Marib must stop or peace efforts will fail and now with details

Hind Al Soulia - Riyadh - The Houthi rebels escalation in the Yemeni province of Marib is “concerning” as it undermines peace prospects aimed at ending the war, the UN envoy to the country said on Tuesday.

The Iran-backed rebels have been pushing on several fronts towards the last government-controlled major city in the north that hosts millions of displaced people. Heavy fighting is taking place along its frontlines, including its borders with Al Jawf, Sanaa and Bayda governorates.

“The political importance of Marib must also not be underestimated. Military shifts in Marib will have ripple effects on conflict dynamics,” Martin Griffiths said during a Security Council briefing.

“If Marib falls, this would undermine prospects of convening an inclusive political process that brings about a transition based on partnership and plurality,” Mr Griffiths said.

The northern city has become a safe haven for thousands of displaced people from around the country.

“Nowhere is the importance of this choice more evident than in Marib. The situation in Marib is concerning in a number of ways. High level of loss of lives. A real threat to hundreds of thousands of IDPs and people in need,” Mr Griffiths said.

The UN official warned that Yemen would slip back away from the road to peace.

“Alas, this is exactly what seems to be happening. Increased fighting, greater humanitarian needs and the Covid-19 pandemic is still taking its toll,” he said.

Mr Griffiths said that delegations from the warring parties are set to meet on Thursday in Switzerland to discuss the UN-backed agreement on prisoner releases.

The two sides, which had been meeting in Jordan, are expected to convene for week-long talks to finalise a deal on prisoner releases.

“The parties are due to meet this week in Switzerland to continue their discussions on the implementation of prisoner exchanges,” Mr Griffiths said.

The two sides committed to release “conflict-related prisoners and detainees back in 2018 in Stockholm, and furthered their discussions to fulfill this commitment in Amman earlier this year,” he said.

The UN envoy said he is deeply concerned about fuel shortages in Houthi-held areas, which could result in dire humanitarian consequences.

“I want to emphasise the importance of ensuring that civilians can regularly access adequate supplies of fuel and other essential goods. The flow of essential commercial imports, including food, fuel and medical supplies, and their distribution throughout Yemen to civilians, must be ensured,” he said.

The Houthis took over Sanaa and most cities in 2014 after ousting the government of Abdrabu Mansur Hadi.

The fallout from the conflict has led the UN to classify Yemen as one of the world’s most desperate humanitarian disasters.

The UN envoy has been pushing both sides to agree on a process to end the civil war but lack of trust from both sides have stalled his efforts.

These were the details of the news Yemen: UN warns fighting in Marib must stop or peace efforts will fail for this day. We hope that we have succeeded by giving you the full details and information. To follow all our news, you can subscribe to the alerts system or to one of our different systems to provide you with all that is new.