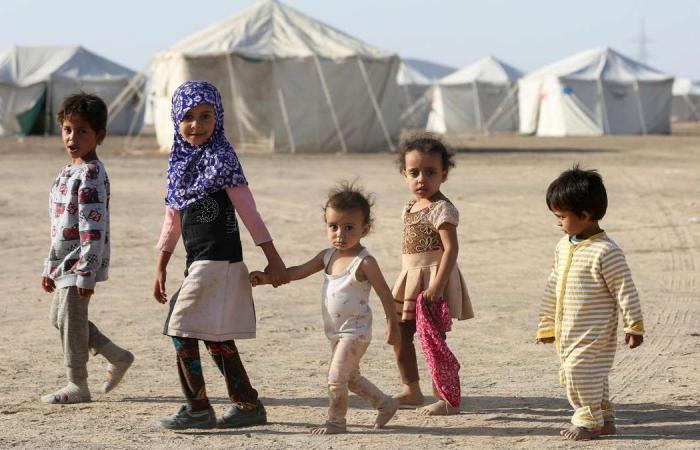 Hind Al Soulia - Riyadh - The United Nations must assert pressure on Yemen’s Houthi rebels to stop their escalations in Marib as millions of lives are at risk, the government said on Monday.

The Iranian-backed rebels have been pushing towards the city on multiple fronts, seeking to take the last government-controlled major city in the north.

“Yemen’s Foreign Minister, Mohammed Al Hadrami, stressed the need for the UN Security Council to assume its responsibilities and condemn the ongoing escalation and Houthi violations in Marib governorate, which is hosting more than 3 million civilians,” the foreign ministry said in a statement.

“This indicates that the Hodeidah ceasefire, brokered by the UN in Stockholm in 2018, has become useless and the Houthis exploitation is unacceptable and cannot continue,” said the statement.

The comments came as Mr Al Hadrami met with the UN envoy to Yemen, Martin Griffiths, in Saudi Arabia.

Yemen's leaders have lived in exile in Riyadh since the rebels overran the Yemeni capital, Sanaa, in 2014 and ousted the government.

Mr Griffiths concluded his round of talks with Yemeni and Saudi officials on Sunday night where he discussed the “dire humanitarian consequences of the military escalation in and around Marib,” said a statement.

“Marib continues to be a safe haven for 100s of thousands of internally displaced Yemenis. Mr Griffiths renewed his emphasis that the attack on Marib must immediately cease,” said the statement by his office.

Mr Al Burkani said that Yemen “can no longer tolerate more leniency towards the Houthis or silence from the UN and international community.”

“Peace efforts are being confronted by the Houthis' escalation in Marib,” Mr Al Burkani said.

The UN envoy has been pushing both sides to agree to a peace process to end the civil war.

Mr Griffiths' proposal calls for a nationwide ceasefire, including all air, ground and naval hostilities, and for the parties to ensure compliance on the front lines between government forces and the Iran-backed Houthi rebels.

But lack of trust between the two sides has slowed the UN's push for peace.

"Mr Griffiths welcomed progress towards the implementation of the Riyadh Agreement and discussed ways to move towards a comprehensive political solution in Yemen," said the statement.

These were the details of the news Yemen government urges UN to halt Houthi escalation in Marib for this day. We hope that we have succeeded by giving you the full details and information. To follow all our news, you can subscribe to the alerts system or to one of our different systems to provide you with all that is new.