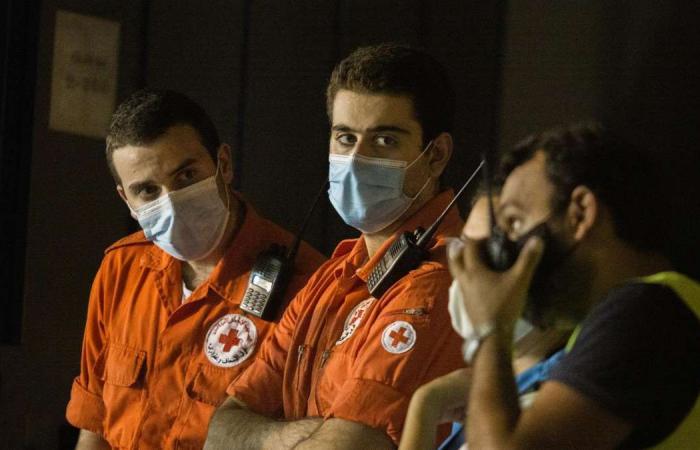 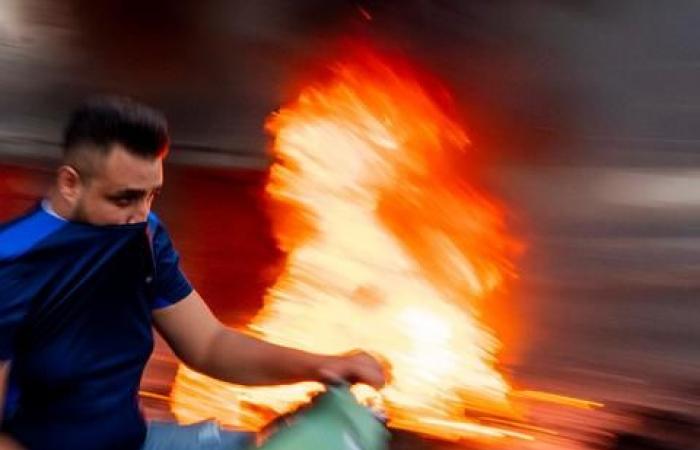 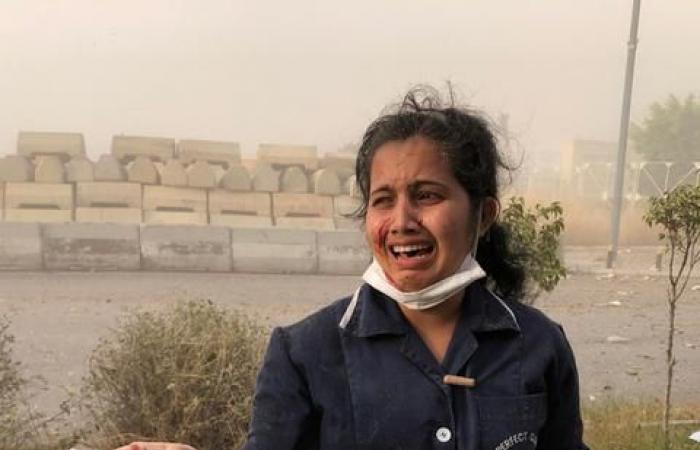 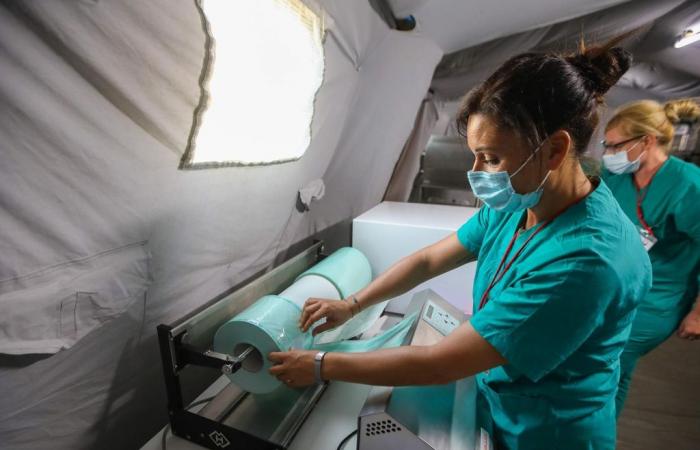 Hind Al Soulia - Riyadh - Known as “the hospital of the Middle East,” Lebanon for years held a reputation as a hub for medical tourism, attracting patients from across the region for world-class specialist treatment.

However, the Lebanese healthcare sector is now facing an existential threat as a year of successive crises has pushed hundreds of doctors and nurses to seek work abroad.

In the last two months alone, more than 150 doctors have contacted the Lebanese Order of Physicians to request recommendation letters that would allow them to work abroad, according to Professor Charaf Abou Charaf, the order’s president.

Combined with requests made by doctors directly to their hospitals, Mr Abou Charaf estimates the total number of doctors who have chosen to leave since July to be over 300.

This new wave of emigration has also begun to deplete the Lebanese nursing workforce. More than two hundred nurses have requested documents to help leave the country over the last six months, according to Myrna Doumit, the president of the Order of Nurses.

The departure of hundreds of talented healthcare workers is the latest in a series of crises that have struck Lebanon’s healthcare sector over the past year.

The joint economic, financial and currency crises that came to a head in Autumn 2019 were a huge blow to already underfunded and overstretched hospitals owed hundreds of millions of dollars by the government. Private hospitals, which provide more than 80 per cent of Lebanon’s healthcare services, are owed over $1.3 billion dollars in dues that date back to 2011, according to Sleiman Haroun, the head of the private hospitals’ syndicate.

Shortages of US dollars jeopardised imports of vital medical supplies, while the depreciation of the Lebanese pound slashed salaries and life savings. Around 40 per cent of the nursing workforce was laid off in the last year by hospitals which claimed they were no longer able to pay their wages, Ms Doumit said.

Fred Bteich, a neurosurgery resident at Hotel-Dieu de France hospital, is moving to the French city of Dijon next month to specialise in paediatric neurosurgery. Initially, he was planning to spend a few years in France to gain experience before returning to work in Lebanon.

“But then the crisis hit and I started thinking, why would I come back?” he said.

Mr Bteich’s salary at the private hospital in Beirut is worth five times less than it was a year ago. The 29-year-old doctor now earns less than 50 cents per hour.

“If my country cannot provide me with a decent salary after 13 years of study and work, what’s the point?” 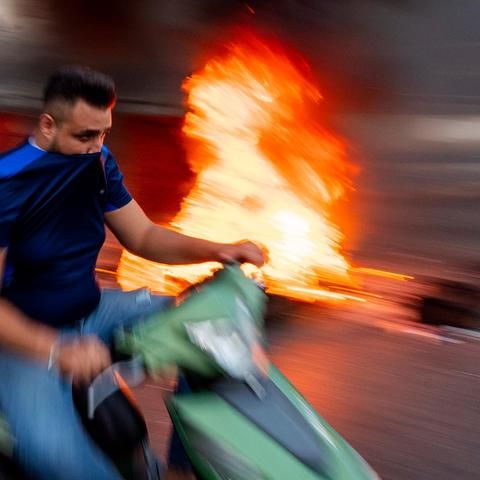 “It’s just been one disaster after another,” Mr Abou Charaf said. “Now, all of a sudden all our medical skills and expertise are disappearing.”

For 24-year-old Kareem, who has withheld his last name, the final push to leave Lebanon was the devastating explosion at the Beirut port on August 4 that killed almost 200 people, injured more than 6,000 and decimated large swathes of the capital, including at least four hospitals.

More than 2,000 doctors were directly impacted by the blast, whether through injuries or the destruction of their workplaces. Five nurses were killed while on duty. 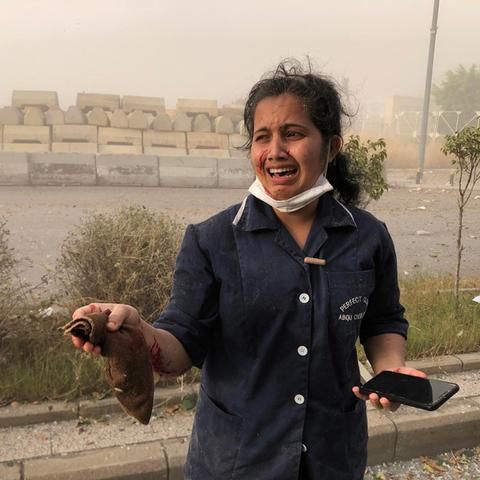 “Seeing the capital city of my country ripped apart, that was it for me,” said Kareem, a first-year internal medicine resident at the Bahman University Hospital in southern Beirut. “I knew I had to go abroad, to a country that respects its citizens.”

Kareem had been thinking about moving to continue his specialisation for a while, studying German and pouring over American and Canadian medical textbooks to give him the best chance of landing a position in a foreign hospital.

“I have to leave … not only for my medical career, but also for my family to have someone to rely on,” he said.

Lebanon has a long history of migration, with its diaspora population estimated to be three times the size of the local population. However, the compounded crises of the last year have accelerated a “brain drain” as well-educated professionals seek work abroad.

It is not just young doctors and nurses like Kareem that are leaving Lebanon to start their careers, but also those with decades of experience in their fields, who are not easily replaced.

Mr Abou Charaf is one of only eight paediatric cardiologists in Lebanon. Three others have already made plans to leave.

“We need every single one of them, and once they leave, it is unlikely they’ll return,” he said. “The entire healthcare system that we have built in Lebanon is under threat.”

Keeping the best qualified and most experienced nurses in Lebanon is also paramount to maintaining quality of care, Ms Doumit said.

The majority of nurses leaving the country are those with degrees and years of practical experience. While around 1,200 new nurses are expected to enter the workforce in the next year, “we can’t just replace [experienced nurses] with fresh graduates,” Ms Doumit said.

The departure of hundreds of Lebanese doctors and nurses has worrying repercussions for patient safety, warned Fadi El Jardali, a professor of health policy and systems at the American University of Beirut.

“The backbone of any health system is its health workers, but without investing in them, quality of care will decline.”

Now, as Lebanon continues to experience a second wave of the coronavirus, with the daily count hovering around 500 cases, a depleted workforce could prove deadly.

“Make no mistake, if we don’t support healthcare workers, we will see an explosive outbreak of Covid-19,” Mr El Jardali said. “Patient outcomes, including deaths, are directly correlated with the capacity of health workers.”

Mr Bteich is aware of the potential damage caused by the emigration of health professionals like himself and is sad to have to make the difficult decision to leave.

“But I am not going to waste years of my life just waiting for my country to get better,” he said. “I need to be selfish for once.”

These were the details of the news Lebanon hospitals under threat as doctors and nurses emigrate for this day. We hope that we have succeeded by giving you the full details and information. To follow all our news, you can subscribe to the alerts system or to one of our different systems to provide you with all that is new.