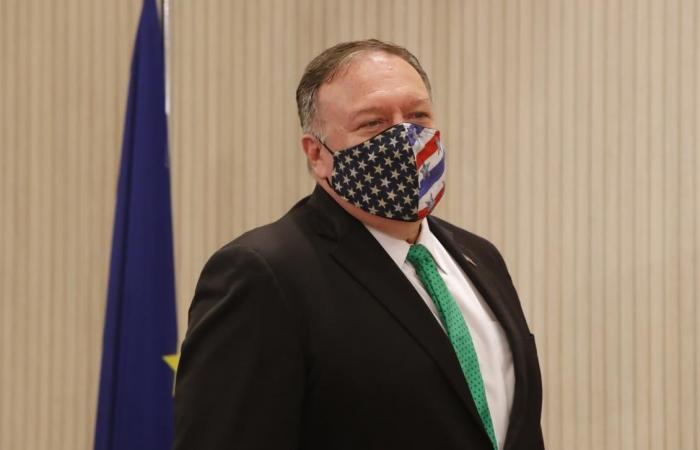 Jeddah - Yasmine El Tohamy - KABUL: Afghans were cautious in expressing hope on Saturday as historic US-brokered talks between the Taliban and government delegates began in Doha, Qatar, to end a decades-old conflict in Afghanistan.

“People are cautiously optimistic and happy, given there are lots of differences between the two sides and the fact that in the past peace deals were broken. But we hope that our leaders have learnt from the past 40 years of mistakes of war where we either fought among ourselves or were used by foreign powers,” Hafiz Abdul Qayoum, a former governor for Nuristan province, which lies nearly 340 km to the east of Kabul near the border with Pakistan, told Arab News.

He added that peace required “sacrifice, tolerance, and self-denial” and that the delegates must take into consideration the “wishes of the people” and not “debate over their interests.”

Saturday’s crucial talks were due to begin on March 10, but delays over an exchange of prisoners — 5,000 held by the Afghan government and 1,000 by the Taliban — and infighting among some leaders in Kabul hindered efforts to get the talks underway.

The negotiations follow a historic peace agreement between the Taliban and the US in late February this year, another condition of which is the withdrawal of US-led troops from Afghanistan by next spring after 19 years of war that began with the Taliban’s ouster in 2001.

The plan for Saturday’s talks remains unclear, but Afghan government negotiators are expected to push the Taliban to declare a cease-fire. At the same time, the insurgent group is likely to demand the formation of an interim administration to replace President Ashraf Ghani who began his second five-year term in March.

Other issues that are expected to feature in the discussions include the protection of social liberties, freedom of speech and women’s rights.

US President Donald Trump said on Thursday that Secretary of State Mike Pompeo would travel to Doha to take part in the peace talks.

Pompeo addressed the gathering on Saturday, while foreign ministers from a few countries, including Pakistan and India, and the heads of the UN and Organization of Islamic Cooperation, joined in virtually.

After the conclusion of their speeches, Afghanistan’s former envoy to the UN, Mahmoud Saikal, said that all officials had one message to encourage Afghans to be more optimistic about the future — to give peace a chance.

“The time has come for Afghans to experience peace,” Saikal told Arab News, before counting the challenges, including regional rivalry over Afghanistan and infighting among Afghan leaders for power, as hurdles for the peace talks to be successful.

Lutfullah Mashal, a former government official who has served in various roles, said because, unlike the Taliban delegates, the Kabul negotiators had no authority to take the final decision on the fate of the talks without Ghani’s approval, the negotiations could “drag on and face some hurdles.”

“There are sharp differences over key issues, and they require lots of time to overcome and settle, but we have to be hopeful,” he said.

Abdul Rauf Shapoon, a lawmaker from the eastern Nangarhar province, agreed and said that Washington and the world, which had spent hundreds of millions of dollars and lost many lives since the Taliban’s ouster, “are tired of the continuation of the war and there is more global consensus to end it.”

“This consensus has made Afghans more hopeful, and by now the warring sides must also have come to this conclusion too that militarily there is no winner here,” he said, adding that the two sides have “great historical responsibility to make the talks succeed.”

“It is a historic opportunity to have them speak, talk and resolve the differences through negotiations and they have to make a historic decision for the cause of peace here,” he said.

Abdul Satar Saadat, who served as Ghani’s adviser for some time, said that given their military gains in recent months, the Taliban had a “plan B” in case the talks did not yield any fruit.

These were the details of the news Pompeo says US ‘deeply concerned’ over Turkey actions in east Med for this day. We hope that we have succeeded by giving you the full details and information. To follow all our news, you can subscribe to the alerts system or to one of our different systems to provide you with all that is new.