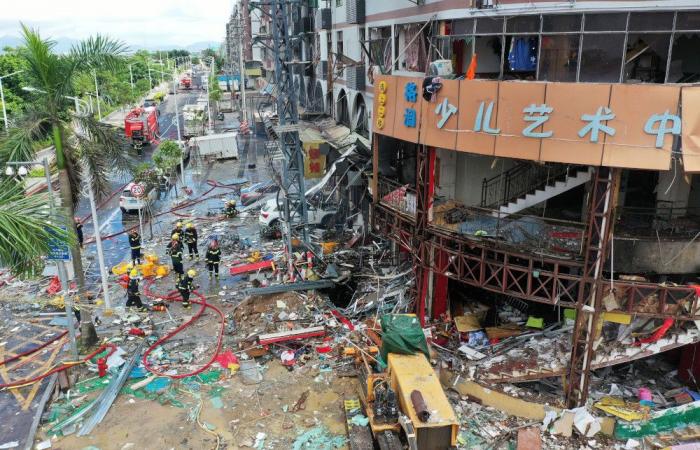 BEIJING, Sept 11 — A gas explosion ripped through a hotel in the southern Chinese city of Zhuhai today, but miraculously left only three people injured.

The blast happened at about 9am (0100 GMT) in a crowded neighbourhood, according to a statement by the public security bureau in the city’s Doumen district.

Video footage shot from a car showed onlookers watching smoke lick the outside of the building before the loud explosion and fireball sent witnesses scampering for cover.

About 55 firefighters were deployed and the fire was put out within an hour, CCTV reported, citing the Zhuhai fire department.

All occupants in the damaged buildings — which included shops and homes — were taken to safety and officials were investigating the cause of the blast, the local public security bureau said.

Zhuhai is a major export hub in southern Chinese province of Guangdong. — AFP

These were the details of the news Gas explosion rips through hotel in China for this day. We hope that we have succeeded by giving you the full details and information. To follow all our news, you can subscribe to the alerts system or to one of our different systems to provide you with all that is new.