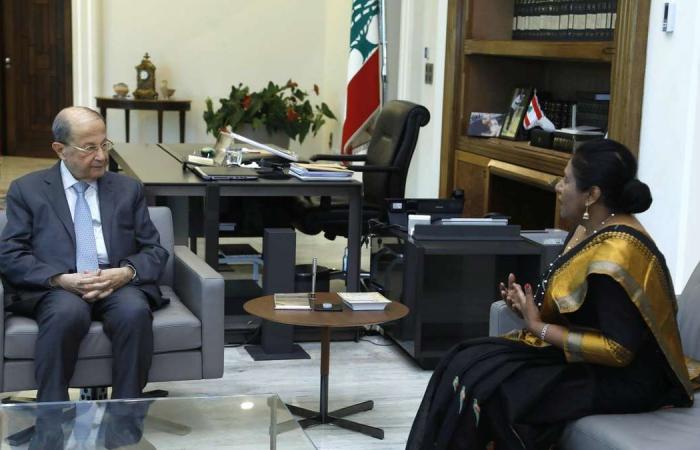 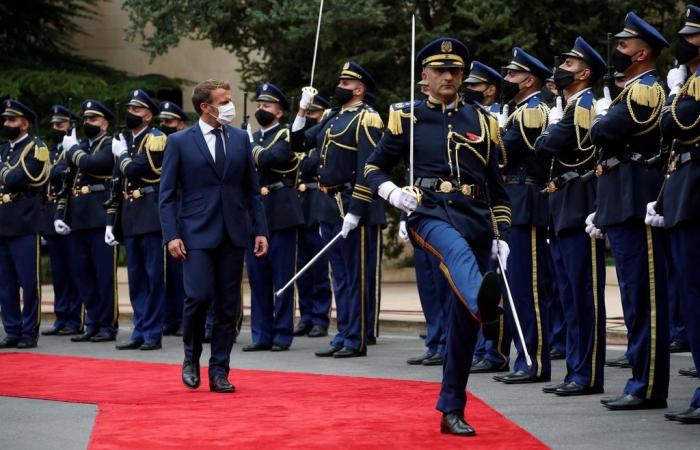 Hind Al Soulia - Riyadh - Lebanon's President Michel Aoun is in hot water after it emerged that tea donated by Sri Lanka for victims of the Beirut blast had been distributed to families of his presidential guards.

Critics see it as yet another example of official corruption in a country reeling from the August 4 explosion that killed more than 190 people, wounded thousands and ravaged central Beirut.

But the island nation’s ambassador has insisted the controversy is a storm in a teacup, saying that it was a gift for Mr Aoun who can do with it as he wishes. She also blasted the brewing criticism of Lebanese officials.

Sri Lanka, many of whose expat community in Lebanon work as housemaids, was one of several nations that rushed to show support after Lebanon's worst peacetime disaster.

The president's office released a picture on August 24 showing Mr Aoun receiving Sri Lank’s ambassador Shani Calyaneratne Karunaratne and quoted her saying that Colombo had "donated 1,675 kilos of Ceylon tea to those affected by the Beirut blast".

When asked by Lebanese media what happened to the tea, the president’s office said Mr Aoun had written to his Sri Lankan counterpart to thank him for "a gift of Ceylon tea that had been received by the army … and distributed to the families of soldiers in the presidential guard".

On Wednesday morning, the president’s press office confirmed to The National that the tea was a "personal gift" to Mr Aoun and that he had distributed it to members of the presidential guard who were affected by the blast.

Social media erupted in criticism, with the hashtags "tea thief" and "Ceylon tea" trending on Twitter.

But Ms Karunaratne said such criticism of President Aoun "shameful."

"We gave this tea to the president and he can do whatever he wants with it as long as the people who get it are Lebanese," Ms Karunaratne told The National by phone. "It's one of the best teas in the world and I'm happy that whoever he gave it to is drinking it," she said.

Ms Karunaratne brushed off the question of who the tea had been intended for – Mr Aoun or the Lebanese people.

"Why are you so worried about it? It is something from the Sri Lankan people and the people who own the tea company," she said. "I am tired with this kind of disrespect towards the authorities.”

Among those questioning the president’s decision was former MP Paula Yacoubian who resigned after the August 4 blast.

"The tea was sent to the Lebanese, particularly those affected by the explosion. Of course, it wasn't a present for those who don't need it," Ms Yacoubian wrote online. "Distributing the aid to your entourage is shameful.”

Another user quipped: "The excuse that it was a present for the president is even worse than the sin itself."

Besides the tea controversy, social media users have also been up in arms over the fate of 12 tonnes of fish that Mauritania sent in mid-August.

After widespread calls to know its whereabouts, the army said Monday it had received the fish and "stored it according to public safety standards".

It was talking to several associations preparing meals for those in need "to cook it and distribute it to those affected by the port blast".

On Twitter, yet another user made light of the food aid controversy.

"The presidential palace, or the palace of the people, invites you to a free lunch on Sunday," she wrote.

These were the details of the news Lebanese president in hot water over Sri Lankan tea donation for this day. We hope that we have succeeded by giving you the full details and information. To follow all our news, you can subscribe to the alerts system or to one of our different systems to provide you with all that is new.