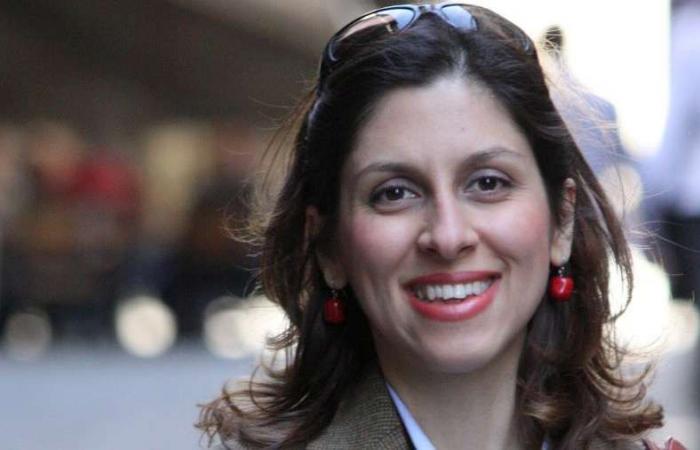 Ms Zaghari-Ratcliffe had been released from prison due to the coronavirus pandemic after serving nearly all of her five-year sentence.

She was summoned back to a branch of the country’s Revolutionary Court in Tehran on Tuesday where she learned of the new charge, according to the report.

Her MP Tulip Siddiq confirmed the court appearance and said she would face a new trial on Sunday.

She was arrested during a holiday with her toddler daughter in April 2016. Her family says she was in Iran to visit family, denying that she was plotting against Iran.

They had spoken of their fears that the regime would seek to press further charges against her as she neared release.

"I think, behind closed doors, they keep saying there's a second court case, they keep talking about running it,” her husband Richard Ratcliffe told ITV last month. “My fear is that's what happens."

Ms Zaghari-Ratcliffe family and other detainees have linked her detention to Iran’s negotiations with the British government over a £380 million debt owed over an aborted arms deal with the former Shah Mohammad Reza Pahlavi from the 1970s.

The tanks ordered under the deal were never delivered after the 1979 Revolution but the payment has never been returned. Instead, the UK sold them to the Iraqi leader Saddam Hussein who turned them on Iran during the 1980-88 war.

Britain's defence minister Ben Wallace said last week in a letter to Ms Zaghari-Ratcliffe’s lawyers that the UK government was trying to pay off the historic debt. He has previously described the episode as one “marred by double dealing and obfuscation”.

“I think it is widely accepted that the West’s support for Saddam Hussein was a catastrophic error,” Mr Wallace told MPs in 2014. “However, since that time, and despite Iran’s attempts through the rule of law to access the funds owed, the UK has held on to them.”

As defence secretary, Mr Wallace holds all but one of the 20 million shares in International Military Sales (IMS), the company that is responsible for the debt. Tehran has denied that her detention was linked to the negotiations.

Sherry Izadi, the wife of another British dual national held in Evin jail, Anoosheh Ashoori, said the announcement had been a bolt from the blue.

“It’s like a chess game after every move one side makes,” she said. “You have to wonder what the motivation behind this is.”

She said that the defence secretary’s statement about the debt was the most likely trigger for the new action. “It’s no coincidence that these fresh charges were brought forward to coincide with the debt issue. It definitely plays a focal role.”

Both families have called for the resolution of the debt to secure the release of their loved ones.

The new charge also comes as a British diplomat tipped to become a new commercial attache in Tehran was accused in state media of being a spy.

Margot Arthur was “one of the main elements of a plot for infiltration into Iran”, according to a news agency connected to the Islamic Revolutionary Guard Corps, the Times reported.

Ms Zaghari-Ratcliffe was given temporary release from prison this spring as Iran tried to ease the overcrowding in its jails to deal with the coronavirus crisis. Decisions on whether to commute her sentence or return her to prison have been repeatedly delayed.

Iran has been the worst-affected country in the Middle East for Covid-19 with nearly 400,000 reported cases.

Iran does not recognise dual nationals and the campaign to secure her freedom has been hampered by the lack of consular access.

These were the details of the news Nazanin Zaghari-Ratcliffe faces new trial this weekend for this day. We hope that we have succeeded by giving you the full details and information. To follow all our news, you can subscribe to the alerts system or to one of our different systems to provide you with all that is new.