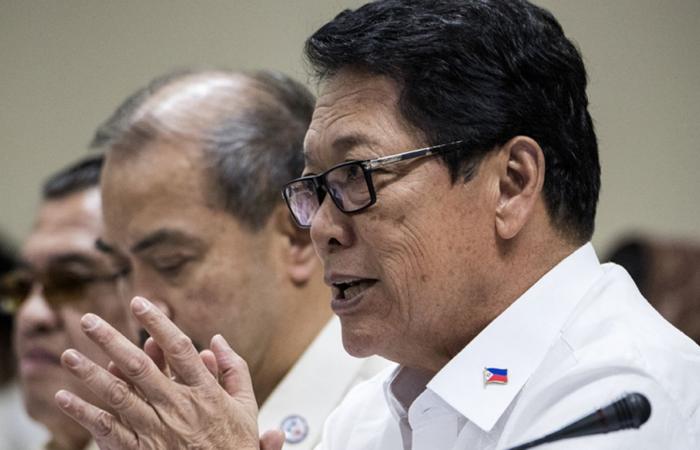 Jeddah - Yasmine El Tohamy - MANILA: The Philippines on Saturday welcomed the appointment of Saudi Arabia’s first labor attache to Manila as part of a plan to improve employment services between the two countries.

Mohammed bin Obaidullah Al-Mutairi was greeted by the Kingdom’s envoy to Manila, Abdullah Al-Bussairy, at the embassy headquarters in Makati City, where the first labor attache office outside the Kingdom is also located.

“It’s a welcome development because this will provide us closer and easier coordination, especially with respect to the welfare of our overseas workers in the Kingdom,” Philippines Labor Secretary Silvestre Bello III told Arab News on Saturday.

Bello said the move will help the deployment as well as repatriation of Overseas Filipino Workers (OFWs) in Saudi Arabia.

Asked why the Kingdom had sent a labor attache to the country, Bello said: “The appointment is an indication of their desire to have more workers from the Philippines. They must have seen that we are slowing down deployment of our workers there.”

However, any changes in employment will depend on “conditions in Saudi Arabia,” he said, adding that many Filipinos in the Kingdom had died due to the coronavirus.

Recently, the Philippines repatriated the bodies of more than 250 OFWs who died of COVID-19 in the Kingdom.

“President Rodrigo Duterte is emphatic that the Philippines, at this time, cannot send workers to countries with high numbers of COVID-19 cases,” Bello said.

The appointment of the Saudi attache to the Philippines “will improve labor relations between the two countries,” he added.
Bello said he had previously “expressed openly and publicly my displeasure over what the Saudi government did when they decided to bury some of our countrymen who died from COVID-19 without the permission of relatives and without even notifying us.”
Bello added: “That’s the reason I slowed down deployment of our workers there.”
The labor secretary and other government officials are scheduled to meet Al-Mutairi on Wednesday.
Subjects for discussion include the provision of employment contracts for OFWs in Saudi Arabia.
Bello said that recruitment agency representatives also should be allowed to “regularly visit and check on the condition of Filipino workers.”
The Department of Foreign Affairs also welcomed Al-Mutairi’s appointment and the opening of the Saudi labor office.

“The assignment of a resident labor attache in the Saudi Embassy in Manila will strengthen cooperation between the Philippines and Saudi Arabia in general and between the two countries’ labor departments/ministries in particular,” Foreign Affairs Assistance Secretary Eduardo Meñez told Arab News.

He said that Saudi Arabia hosts one of the largest Filipino communities in the world and the largest in the Middle East, with almost 1 million Filipino migrant workers now living in the Kingdom.

On Friday, after the Saudi ambassador received Al-Mutairi, officials discussed improving the quality of labor recruitment in the Philippines.

The labor attache in the Philippines is the first of seven, with six other offices to open in Egypt, India, Indonesia, Pakistan, Bangladesh and Sri Lanka.

The move aims to facilitate the recruitment of workers and ensure they are qualified to meet Saudi Arabia’s labor market requirements.

These were the details of the news Manila welcomes arrival of first Saudi labor attache for this day. We hope that we have succeeded by giving you the full details and information. To follow all our news, you can subscribe to the alerts system or to one of our different systems to provide you with all that is new.