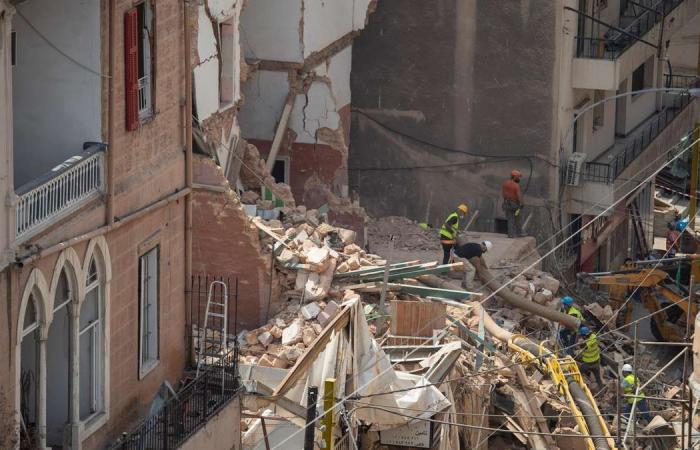 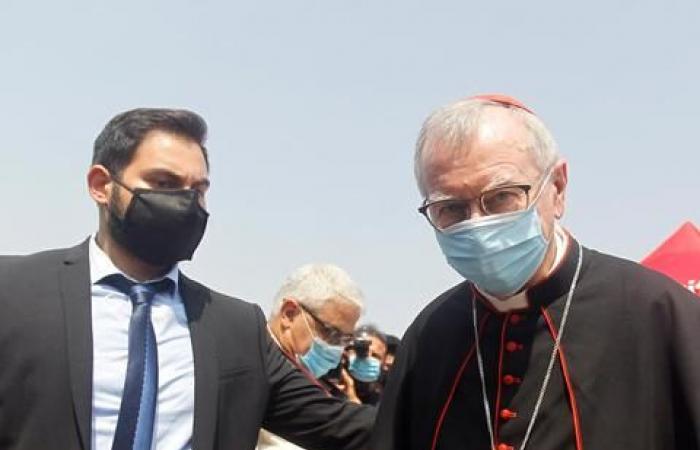 Hind Al Soulia - Riyadh - Hopes of finding survivors in a building destroyed by the Beirut port blast a month ago faded on Saturday after more than 12 hours without signs of life amid the rubble.

Rescuers continued to carefully clear debris from the collapsed four-storey building in the Gemmazyeh district despite finding nothing in the locations pinpointed by sensors that detect pulse and breathing.

Riad Al Assaad, a civil engineer leading volunteers working alongside Lebanese Civil Defence and a specialist team from Chile, said the last sign of life was at 10.30pm on Friday, when sensors picked up the sound of breathing at 17 breaths per minute.

“Till now there is nothing,” Mr Al Assaad told The National on Saturday afternoon. He said the searchers were now working down through the third level of the building even though no signs of life were detected in this area.

“The machines and dog and thermal cameras have always located the first and second roof and stairways. The third roof – we had nothing there. Nevertheless we'll go to the end of our capabilities and remove the third roof.”

The search was launched after a rescue dog with the Chilean team indicated on Wednesday night that there might be people trapped in the rubble. The Chilean team said that they believed that one small sized person, maybe a child, was still alive, while a larger person was dead.

The country has watched anxiously since a delicate clearing operation began on Thursday, waiting anxiously for some good news after the August 4 explosion at Beirut port that added to the trauma of Lebanon’s worst economic crisis and the coronavirus pandemic.

The blast killed at least 190 people, left thousands injured and more than 300,000 left homeless as large areas of the capital were destroyed.

"I still want to believe in this even though I know that the chances are slim," Oscar-nominated director Nadine Labaki told The National on Friday.

She said had remained at the building site overnight since Thursday to make sure the rescue effort continued uninterrupted.

"We are attached to this small glimmer of hope. We all need to believe that better days are ahead of us," she said.

Mr Al Assaad said searching the remaining level of the building would be “very tricky” because part of the building structure was resting on a wooden window frame and could collapse.

“We are afraid that this wooden jamb (window) might crack,” he said.

“So what we'll do is that we'll either instigate a failure or we'll prop and go up and do scaffolding or temporary support and take the building down.”

He said signals detected on Friday had raised false hopes that survivors might be found on higher levels or under an external staircase at the side of the building.

“We cleared the second roof all the way around 8.30pm. Two people from civil defense thought they heard vibration. We stopped and did another doppler. It said nothing. Yet we continued to clear the second roof.

“The Chileans did their recalibration. They were telling us (bodies) were 1.9 to 2 metres below the rubble. If we cleared the rubble there was no depth other than the stairway

“So they concentrated on the stairs. On the upper level they thought they could hear breathing so they had to act fast. So we started today at 9. We cleared the stairs and there was nothing there. What remains is the third roof.”

Lebanese officials had played down the chances of anyone surviving so long beneath the rubble.

Chilean specialist Walter Munoz put the chances of finding a survivor at "two per cent".

"Always in search operations like this, you can neither lose hope nor absolutely say there is hope," George Abou Moussa, director of operations in Lebanon's civil defence, told Reuters.

"The building is really crumbling, it's scary and there's a lot of danger to the team," Mr Abou Moussa said.

Workers were using shovels and their hands to dig, while mechanical diggers and a crane lifted heavy debris.

Emmanuel Durand, a French civil engineer who was training local university students, volunteered his services and was working with the rescuers to monitor the structure.

Scanning the building with high-precision lasers, Mr Durand said his team had so far not found any signs of movement.

These were the details of the news Hope fades in Beirut as search for blast survivors drags on for this day. We hope that we have succeeded by giving you the full details and information. To follow all our news, you can subscribe to the alerts system or to one of our different systems to provide you with all that is new.