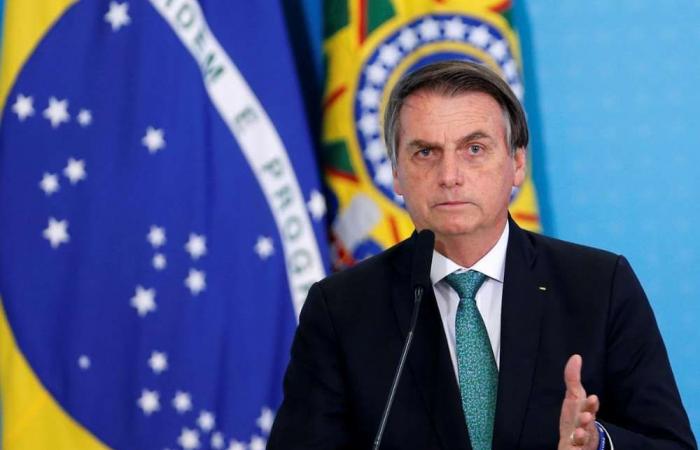 BRASÍLIA, Sept 5 — Brazil’s President Jair Bolsonaro has slammed environmental NGOs as a ‘cancer’ and denounced what he said was an international conspiracy accusing him of being responsible for devastating Amazon wildfires.

“You know that NGOs don’t have a voice with me. I am firm with these people, but I can’t kill this cancer that most NGOs are,” Bolsonaro said during his regular Facebook broadcast on Thursday.

The far-right leader used the broadcast to hit out at “bastards” who accuse him of “setting fire to the Amazon.”

The main target of his ire was a group of environmental NGOs which this week launched an English-language internet campaign entitled “Defundbolsonaro.org”, urging potential investors in Brazil to insist on firm government commitments to protection of the Amazon.

“Bolsonaro is burning the Amazon. Again. Which side are you on?” the campaign headline asks.

“Because of him the Amazon, Earth’s main biodiversity hub, and the Indigenous nations who protect it, are in critical condition. Bolsonaro is suffocating our hope for a livable planet,” according to the NGOs.

International investment funds worth a combined US$4 trillion (RM16.5 trillion) called in June for changes to the government’s environmental policy.

Human Rights Watch responded yesterday to Bolsonaro’s outburst, saying that “not only does he show his total disregard for the actions of NGOs....but his anti-environmental policies have accelerated the destruction of the forest, with serious consequences for those who defend it, but also for the health of thousands of people who breathe toxic air as a result of the fires.”

General Augusto Heleno, Brazil’s Minister of Institutional Security, acknowledged in an interview yesterday that it was possible to “improve” government action to preserve the Amazon, but he also criticised NGOs.

“The favourite sport of some NGOs is to speak badly of the Amazon. Behind it all there are interests that go far beyond preservation,” he told the Estado de Sao Paulo newspaper.

“It seems Bolsonaro is responsible for everything that happens in the Amazon, but a lot of the information in these campaigns is fabricated and ill-intentioned.”

Under international pressure, Bolsonaro has deployed the army to the region to crack down on deforestation and fires, and decreed a ban on all agricultural burning.

However, satellite images from Brazil’s space agency INPE identified more than 29,000 fires in the region in August, the second highest number in a decade.

The figure represents only five per cent fewer fires than in 2019, when devastating wildfires triggered worldwide alarm over a forest seen as vital to curbing climate change. — AFP

These were the details of the news Bolsonaro slams ‘cancer’ of environmental NGOs for this day. We hope that we have succeeded by giving you the full details and information. To follow all our news, you can subscribe to the alerts system or to one of our different systems to provide you with all that is new.