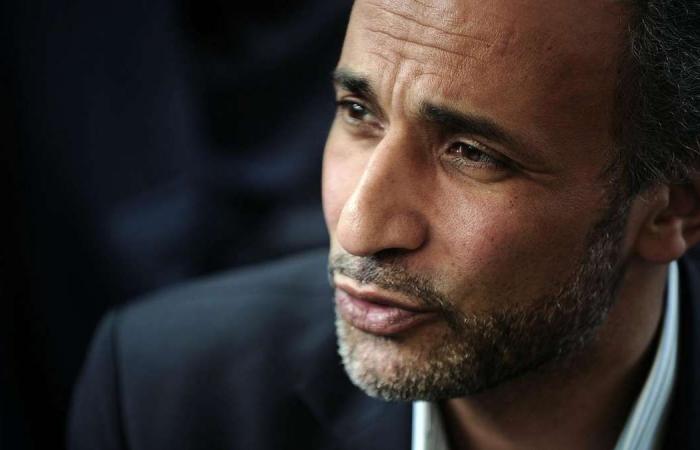 Hind Al Soulia - Riyadh - Tariq Ramadan is set to launch a centre to teach ethics and feminism next month despite being suspended from his Oxford University post over rape allegations.

Mr Ramadan, 58, was given a leave of absence from his post at Oxford University after he was charged in France with raping a feminist activist in 2012 and a disabled woman in 2009.

In February this year he was charged with two further rapes.

The Islamic scholar, who is the grandson of the founder of Egypt’s Muslim Brotherhood, has now announced he was launching an educational centre to teach topics including ethics and feminism.

Courses will be taught by a team of teachers around the themes of religion, spirituality, humanity, psychology, feminism, ecology, teaching, ethics, colonialism, racism, law, economy

The news has been met with anger from those who have called the case the #MeToo of the Muslim world.

“Do we laugh or cry? The intellectual dishonesty, hypocrisy and cynicism of #TariqRamadan have absolutely no limits,” teacher and researcher Anne-Marie Picard said on Twitter.

The married father-of-four made the announcement about the project on his Facebook page.

He says he will be opening Chifa, an international research and training centre for students based in France, in October.

The topics in the curriculum include religion, spirituality, humanism and law, as well as ethics and feminism.

“Courses will be taught by a team of teachers around the themes of religion, spirituality, humanity, psychology, feminism, ecology, teaching, ethics, colonialism, racism, law, economy, etc. You will be able to sign up for ‘face-to-face’ and ‘distance’ classes, basic classes or more targeted modules,” he wrote.

“The centre is based in France but the teaching platform is international. Teachers are all graduates in their respective fields and are, voluntarily, of different origins with various training courses,” he said.

“Not all are Muslims. The curriculum is led by a steering committee such as the Centre for Research and Training itself. There will be a certificate for those who have completed the three-year training. We haven't thought about connecting our centre to an official institute yet but there might be some leads to this in the future.”

Despite hundreds of people showing enthusiasm for his endeavour, his initiative has been met with outrage.

French-Swiss journalist Ian Hamel wrote on Twitter: “Harvey Weinstein hadn’t even thought about it, but Tariq Ramadan himself dared to create a training centre giving courses in feminism and ethics! Do you want to know what this individual is capable of?” .

Others have accused him of using it to target women.

“A recruiting centre? Is he getting old to hunt on his own?” Daniel Fleury, another journalist, said on Twitter.

The rape investigations into Mr Ramadan are still continuing.

Last year he portrayed himself as a victim of a political witch hunt in a book he published.

“There is a desire to pursue Tariq Ramadan at all costs and against the evidence,” his lawyer Emmanuel Marsigny said in February as new charges were added.

“This case is becoming grotesque.”

The new charges involve two women who themselves had not originally filed complaints, but both allege they were involved in brutal sexual relationships with Mr Ramadan – one from November-December 2015 and the other in March 2016.

When the first allegations were made in 2018, Mr Ramadan was held for nine months in France before being granted bail.

Mr Ramadan denies the charges and insists all his relationships have been consensual.

Being charged in France does not necessarily mean a suspect will end up on trial, as a case can still be dropped for lack of evidence.

Oxford University said he had taken a leave of absence “by mutual agreement”.

"The university has consistently acknowledged the gravity of the allegations against Professor Ramadan, while emphasising the importance of fairness and the principles of justice and due process,” it said.

“An agreed leave of absence implies no presumption or acceptance of guilt and allows Professor Ramadan to address the extremely serious allegations made against him, all of which he categorically denies, while meeting our principal concern – addressing heightened and understandable distress and putting first the well-being of our students and staff."

The National has conducted an investigation into the UK’s Muslim charity sector for an exclusive three-part series.

Part three reveals how the dismissed boss of one of the sector’s biggest charities is on the comeback trail.

These were the details of the news Alleged rapist Tariq Ramadan to launch centre teaching feminism for this day. We hope that we have succeeded by giving you the full details and information. To follow all our news, you can subscribe to the alerts system or to one of our different systems to provide you with all that is new.