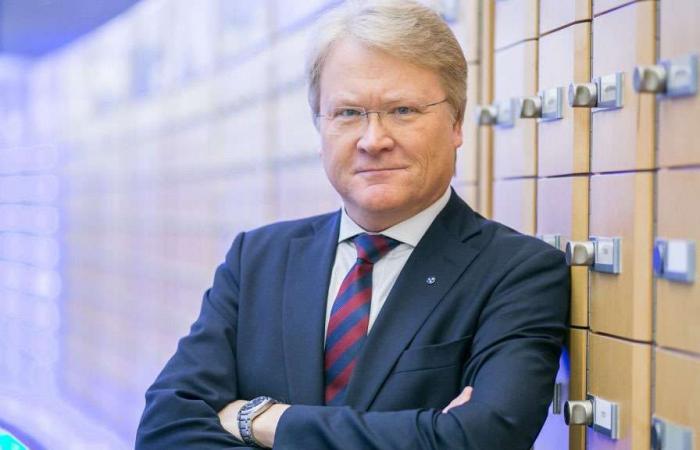 Hind Al Soulia - Riyadh - A Swedish politician is calling for an immediate freeze on support for Islamic Relief and an offical investigation into any links the British registered charity has with the Muslim Brotherhood.

IRW, which runs charitable programmes around the world, received £4.2 million (Dh21.2 million) between 2017-2019 in taxpayers money from Swedish government agencies, including £2m from the Swedish International Development Cooperation Agency (Sida).

Now, Christian Democrat Lars Adaktusson, a member of the Swedish parliament’s Foreign Affairs Committee, is calling for its funding to be suspended until the charity has been investigated over its links to the Muslim Brotherhood.

"There are question marks over Islamic Relief and we believe it is very important to stop the Swedish contribution and assistance immediately until we know if these accusations and reports are true," he told The National.

"We need to know what is going on when it comes to people who obviously have clearly anti-Semitic views and have made statements that are completely unacceptable. We have also seen the strange way IRW are handling the crisis, they are not taking this situation seriously enough. As long as this is going on it is impossible to work with such an organisation.

"IRW globally, and also the Swedish branch, have connections to the Muslim Brotherhood which is appalling.

"We believe the Swedish government and Sida are not taking this seriously enough and our economic support to IRW needs to stop immediately. There needs to be an investigation into its links with the Muslim Brotherhood immediately."

He called for Sida to stop funding IRW and for Sweden's Minister for International Development Cooperation, Peter Eriksson, to take a stand over it.

“It is not enough to be silent about this,” he said.

"We have had very worrying reports in Sweden from independent researchers linked to the Swedish defence department about the Muslim Brotherhood. These reports are very alarming.

"There have been red lights blinking all the time and the government now needs to take this seriously, the government has not been forceful enough when it comes to this so far."

Mr Eriksson has said it is Britain’s responsibility to investigate IRW’s links to extremism due to it being registered in that country.

Last week an investigation by The National revealed three current IRW employees have used personal accounts to share material that the Birmingham-based charity has deemed to be "unacceptable" and "inappropriate".

IRW was asked about the material presented by The National and for comment from its authors but said it could not provide answers because of UK laws governing employee confidentiality and data protection.

Ghanem Nuseibeh, the chairman of Muslims Against Anti-Semitism, said the UK's Charity Commission urgently needs to stop “turning a blind eye” on the Muslim Brotherhood’s attempts to “advance its goals” through UK charities.

“Islamists, particularly the Muslim Brotherhood, have a deeply complex network of social and financial networks that exist to support their infrastructure that ultimately goes to support extremism," he said. "They are using the UK’s charity sector to advance their goals. Turning a blind eye on this not only encourages extremism but leads to tragedies.”

“It is extraordinary that there are registered charities in the UK that are openly linked or supportive of proscribed terrorist groups in Britain and around the world,” he told The National.

“This situation is clearly not acceptable to Britain’s allies and can ultimately harm Britain’s relations with key allies.

IRW had announced the entire board of IRW’s trustees would stepped down but a closed door meeting resulted in Sweden-based former chairman Lamia El Amri holding on to a trustee office.

Ms El Amri also works for the Swedish educational network Ibn Rushd Study Association. It has been linked through its founder, the Islamic Association of Sweden, to the Muslim Brotherhood's European umbrella organisation, the Federation of Islamic Organisations in Europe.

“It raises many questions as to how things are within the organisation and how widespread it is,” Mr Adaktusson told Swedens’ OmVärlden newspaper.

“Not least in light of the information about connections to the Muslim Brotherhood that have emerged. To say in that situation that we continue doing business and do not distance ourselves, I think it is to take it all too lightly.

“Basically, this is about trust in development assistance, what Swedish tax money goes to and what we as taxpayers are involved in and support. If we cannot respond to it or if it is not managed properly, we will erode confidence in development aid.”

His comments have been echoed by fellow politicians in Sweden.

"How does Swedish development assistance share Swedish values and interests?"

Carin Jamtin, Sida’s chief executive, said it would look at the allegations as it reviewed its contract with IRW.

The UK’s charity watchdog, the Charity Commission, has also launched an investigation.

The National has conducted an investigation into the UK’s Muslim charity sector for an exclusive three-part series.

Part three reveals how the dismissed boss of one of the sector's biggest charities is on the comeback trail.

These were the details of the news Swedish politician calls on Europeans to freeze support for Islamic Relief for this day. We hope that we have succeeded by giving you the full details and information. To follow all our news, you can subscribe to the alerts system or to one of our different systems to provide you with all that is new.