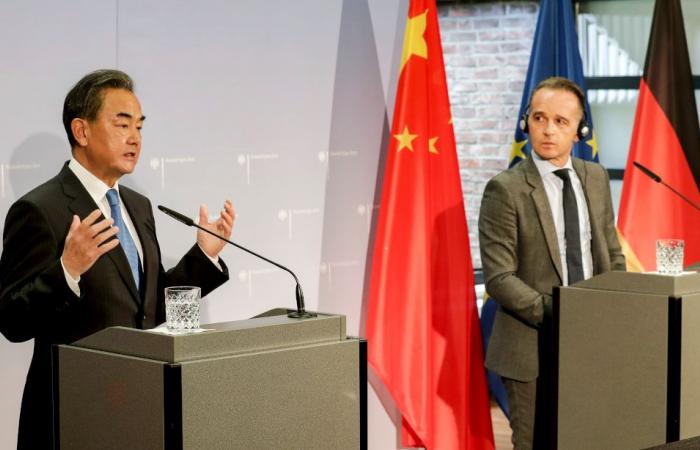 Hello and welcome to the details of Germany presses China over Hong Kong security law, Uighurs and now with the details

BERLIN, Sept 1 — Germany called out China over its security law imposed on Hong Kong and the treatment of minority Uighurs today during a visit by Chinese Foreign Minister Wang Yi that was marked by protests outside the foreign ministry.

At a press conference after talks with Wang, German Foreign Minister Heiko Maas, whose country holds the rotating presidency of the EU, also warned China against making “threats” against the Czech Republic over Taiwan.

The Hong Kong law imposed in June radically increased Beijing’s control over the city and has led to a brutal crackdown on dissent and protests.

“You know that our concerns about the effects of the security law have not been allayed,” Maas said.

“We want the ‘One Country, Two Systems’ principle to be applied as fully as possible.”

Hong Kong was guaranteed autonomy under the “One Country, Two Systems” deal agreed ahead of its 1997 handover from Britain.

But critics say the security law, imposed following months of large and often violent protests calling for greater democratic freedoms and police accountability, spells the end of the agreement.

The law prompted the US to impose sanctions on Chinese officials and countries including Canada, Australia, Britain and Germany have suspended extradition agreements with Hong Kong.

The European Union agreed in July to limit exports of equipment to Hong Kong that could be used for surveillance and repression.

Wang defended China’s policies and said both the Hong Kong law and its approach to the Uighurs were internal affairs that did not merit foreign interference.

Leading a protest by several hundred demonstrators outside the foreign ministry in Berlin today, Hong Kong activist Nathan Law called for more support from Berlin over the security law.

“What we need is action... This should be accomplished by the EU together and Germany should take the lead,” said Law, 27, who fled to Britain after the security law came in.

Law was joined by supporters waving the blue and white flag of the Uighurs, a minority that suffers from repression and persecution in China’s northwestern region of Xinjiang, according to rights groups and experts.

Activists say roughly one million Uighurs and other Turkic people have been incarcerated in brainwashing camps, a mass detention that US officials have said has parallels with the Holocaust.

China describes the camps as vocational training centres and says it is seeking to provide education to reduce the allure of Islamic radicalism.

Maas said he and Wang had discussed the camps and “I reiterated that we would very much welcome it if China would... grant access to the camps to a UN observer mission.”

The German foreign minister also denounced China’s “threats” against a senior Czech politician who led a delegation to Taiwan.

But Maas warned that the EU treats its foreign partners with respect and expects the same in return.

“Threats do not fit in with this,” he said.

Wang’s visit to Berlin is the final stop on a tour of five European countries as he seeks to shore up economic and diplomatic relations in light of tensions with the US.

This trip, his first out of China since the outbreak of the coronavirus pandemic, also took in the Netherlands, France, Norway and Italy, where he signed two trade agreements, including one on the supply of gas. — AFP

These were the details of the news Germany presses China over Hong Kong security law, Uighurs for this day. We hope that we have succeeded by giving you the full details and information. To follow all our news, you can subscribe to the alerts system or to one of our different systems to provide you with all that is new.

PREV Shows and cinema screenings must end at 9 p.m. during the...
NEXT New outflow in the life insurance market