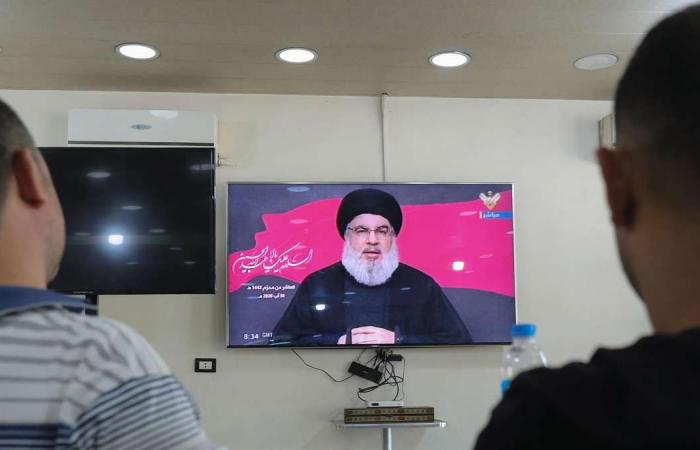 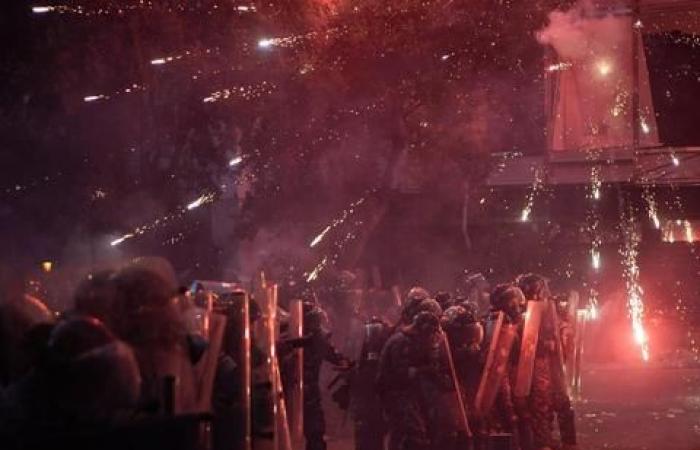 Hind Al Soulia - Riyadh - Sara Jaafar joined a group of political activists gathered on August 4 to discuss strategies to challenge Lebanon’s entrenched rulers when their building was shaken and the windows blasted out by the giant explosion that rocked Beirut.

She took cover from the flying debris, thoughts rushing through her head of past political assassinations in Lebanon. Her immediate reaction was that Hezbollah, the militant group that dominates power here, was targeting the dissidents’ meeting.

The blast was in fact at the port of Beirut, caused by a stockpile of ammonium nitrate stored there for years. So far, it appears to be a result of longtime government mismanagement. No direct connection to Hezbollah has emerged in the explosion that wreaked destruction across the city and killed at least 180 people. Theories abound about what triggered the explosion, including even a possible Israeli strike against Hezbollah.

Ms Jaafar’s initial reaction reflected the fear Hezbollah has instilled among many Lebanese and the power it has succeeded in projecting over the past decade.

For many, the Iran-backed Hezbollah now stands at the top of Lebanon’s sectarian-based system of power – and so is complicit in the corruption many blame for the port disaster and for driving the country into near bankruptcy.

“Who controls most of everything?” asked Ms Jaafar, a secular Shiite. Hezbollah and its ally, President Michel Aoun, “are the people in charge … They bear the responsibility.”

In the wake of the blast, Hezbollah has come under unprecedented public criticism and its role in Lebanese politics under intense scrutiny.

Cardboard effigies of Hezbollah’s leader, Hassan Nasrallah, and other politicians were hanged on nooses at a rally after the blast. Some accused Hezbollah of storing weapons at the port, a claim it denies. Hezbollah’s political rivals seized the opportunity to fan hostilities against it and its allies.

Social media posts mocked Mr Nasrallah’s speeches. One noted how the US killing of Iranian commander Qassim Suleimani in Iraq in January prompted Mr Nasrallah to weep and threaten revenge — while in his first speech following the blast, he was smiling and calm.

“There is a paradox there with Hezbollah. They have never been more powerful politically and militarily. But they have never faced such an array of challenges as well,” said Nicholas Blanford, a Beirut-based Hezbollah expert.

The season of discontent against Hezbollah comes as Lebanese suffer under an economic crash that has driven nearly half of the population into poverty. Rather than push for reform, critics say, Hezbollah has stood by its political allies who resist change. It also denied support to nationwide protests that erupted in October demanding the end of the dysfunctional political structure. US sanctions against Iran and Hezbollah made things harder.

For years, Hezbollah maintained a clean reputation and distance from Lebanon’s political elite.

It developed its power and resources as a resistance movement against Israel and became virtually a state within a state, heading a powerful military force and a welfare network for its Shiite supporters.

Hezbollah remains Lebanon’s only armed force outside the military. It controls the borders and plays a crucial role in Iranian-backed wars in the region, like Syria’s.

After that, Hezbollah began seeping into the system – from having a handful of parliament members to becoming Lebanon’s most powerful political faction.

Hezbollah and its allies formed the last cabinet. Its failures came to be seen as Hezbollah’s, Mr Blanford said.

And they were many: The government failed to enact reforms, stem the financial meltdown or reach a rescue package with the International Monetary Fund. It finally resigned after the explosion.

Hezbollah plays a significant role in forming the new government.

To deflect criticism, Mr Nasrallah addressed supporters several times, denying Hezbollah had anything to do with the port explosion.

He made thinly veiled warnings to critics. In an August 14 speech, Mr Nasrallah warned repeatedly against pushing Lebanon toward civil war. He urged supporters to “hold onto their anger” over criticism, hinting it would be unleashed against opponents.

In Hezbollah’s stronghold in the Beirut suburb Dahiyeh, supporters saw the explosion as a conspiracy to weaken Lebanon and the group.

“We had two places to bring money and assistance from: the port and the airport. Something had to happen somewhere so that the siege (on Lebanon) is tightened and so that these people rise against their rulers,” said Issam Kaeen, a 42-year-old coffee shop owner.

Mohammed Abi Shakra, who owns a women’s wear shop, said an Israeli attack on the port can’t be ruled out. “This is a conspiracy against the Lebanese people to make them poor, to incite civil war,” he said.

Meanwhile, social tensions are on the rise. Opponents of Hezbollah clashed twice with the group’s supporters, including a gunfight on Thursday that killed two bystanders and wounded several. Gunmen reportedly opened fire over religious banners raised by Hezbollah supporters.

“There is no god but God, and Nasrallah is the enemy of God,” mourners chanted at a funeral of one of the killed.

Following the explosion, Hezbollah made some internal changes, part of a shift inward after the nationwide protests and its receding role in Syria’s war, an official with the group said. The group’s security chief was given a bigger portfolio and the head of an agency that co-ordinates with allies was replaced. Media operations are also changing, the official said, speaking on condition of anonymity to confirm media reports.

After the blast, Ms Jaafar and other victims demanded an international investigation. “We lost our homes, our kids, our fathers and our city. We lost everything,” she said in an angry speech at a gathering near the port.

“All of them means all of them,” the small crowd chanted, naming Nasrallah among other leaders they want out of power.

Her apartment in a landmark building nearby was devastated by the blast. An architect, Ms Jaafar is considering leaving the destruction as a reminder of how it all went wrong.

Active since the October protests, Ms Jaafar is frustrated by the small turnout in rallies since the blast but recognises an outpouring of public anger is only one requisite for change. She, like many in Lebanon, sees her country’s political crisis as a product of rivalry between Hezbollah’s patron, Iran, and the US and Gulf states. Only a resolution to that conflict will force change, she said.

“I understand why they exist. They filled the gap where the state failed,” said Ms Jaafar. But “we want a real nation, a real country,” she said. “This is a jungle.”

Ms Jaafar said protest activists are realising they must work with allies within the system for change – push for early elections and challenge Hezbollah and its allies in parliament.

“We won’t get rid of them in one election,” she said.

These were the details of the news Lebanon's Hezbollah hit with backlash following Beirut blast for this day. We hope that we have succeeded by giving you the full details and information. To follow all our news, you can subscribe to the alerts system or to one of our different systems to provide you with all that is new.