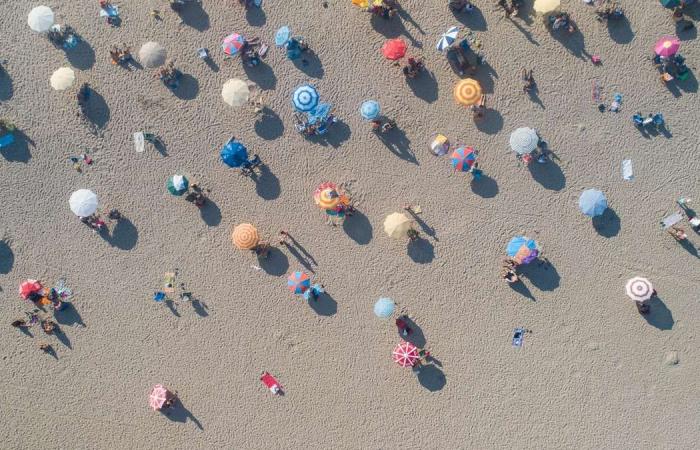 Thank you for your reading and interest in the news The Middle East Framed - regional photography for August 30, 2020 and now with details

Palestinian members of the staff pray in an almost empty mosque as Friday prayers in the holy places are suspended following the recent outbreak of the coronavirus in the northern Gaza Strip. Reuters

People enjoy the day on the shore of the Mediterranean Sea at Zikim beach, near Kibbutz Zikim, on the Israeli-Gaza border, Israel. AP Photo

Children play with a football past rubble and destruction along a street in the Gemmayzeh district of Lebanon's capital Beirut, in the aftermath of the monster blast at the nearby post which devastated the city. AFP

A resident pours out the waters of the Blue Nile floods within the Al Ikmayr area of Omdurman in Khartoum, Sudan. Reuters

Syrians gathering for a demonstration by the ruins of a building that was hit in the prior bombardment and adorned with a giant flag of the Syrian opposition, in the town of Ariha in the rebel-held northwestern Idlib province. AFP

A perched village in Yemen's Jabal Haraz mountainous region is seen located between the capital Sanaa and the city of Hodeidah. AFP

These were the details of the news The Middle East Framed - regional photography for August 30, 2020 for this day. We hope that we have succeeded by giving you the full details and information. To follow all our news, you can subscribe to the alerts system or to one of our different systems to provide you with all that is new.