Egypt to prosecute about 54 million who boycotted Senate vote 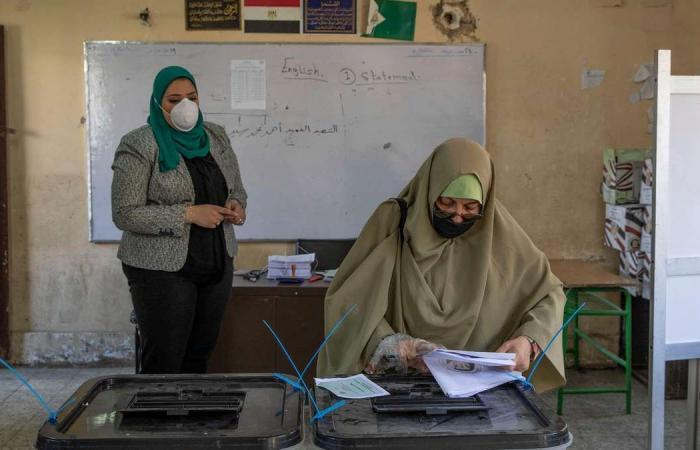 Hind Al Soulia - Riyadh - Egypt’s electoral commission on Wednesday said it would refer to prosecutors about 54 million people who did not vote this month in elections for the upper house of Parliament.

Only about 14 per cent of Egypt’s almost 63 million eligible voters took part in the election, the commission said.

It said that almost 1.4 million ballots, or 15.4 per cent of all votes, were invalid.

The decision to prosecute reflects the government’s disappointment at the low turnout.

The 300-seat chamber, known formally as the Council of Senators, will have a purely consultative mandate, vetting draft legislation sent by the president or the legislature.

The summer’s punishing heat and the fear of coronavirus infection contributed to the low turnout.

Voter apathy is also believed to have had an effect, with the outcome of the vote – a chamber packed with government supporters – seeming to be a foregone conclusion.

One hundred of the chamber’s 300 seats were won by a “closed,” pro-government list that ran unopposed.

Another 100 will shortly be appointed by President Abdel Fattah El Sisi, while the other third were won by independent candidates who are not critical of the government.

Parliament’s upper chamber was struck out by Egypt’s 2014 constitution, but amendments adopted in a nationwide referendum last year included its reintroduction.

Under a rarely implemented law, voters who stay away from the polls without a valid reason face a fine.

It would be virtually impossible to prosecute 54 million people, let alone collect the fines, but the government, seems determined to make a statement.

“The Egyptian state has provided sufficient resources and made the necessary preparations for voters to exercise their political right,” the commission said.

“The National Electoral Commission has taken all the preventive measures to protect all stakeholders in the election process, as well as voters, from the coronavirus.

“It has warned time and again that voters must cast their ballots, but some failed to fulfil their national role and duty to participate.

"That led the board of the electoral commission to refer all those who failed to vote to the prosecutors to take the necessary steps against them.”

Despite the exceptionally low turnout and the disproportionately high number of invalid ballots, the commission praised the August 11 and 12 vote for the senate when it announced the results last week.

“It was a competitive election held according to the highest standards of international transparency and integrity,” said the commission’s chairman, Lasheen Ibrahim.

He praised Egyptians for taking part in the vote despite the heat and the pandemic, which has killed more than 5,000 in the country and infected nearly 100,000 since it began in February.

“And despite of this, the glorious people of Egypt were emphatically able to pull through these conditions and show the world that they are able to face these difficulties regardless of the cost,” Mr Ibrahim said.

These were the details of the news Egypt to prosecute about 54 million who boycotted Senate vote for this day. We hope that we have succeeded by giving you the full details and information. To follow all our news, you can subscribe to the alerts system or to one of our different systems to provide you with all that is new.