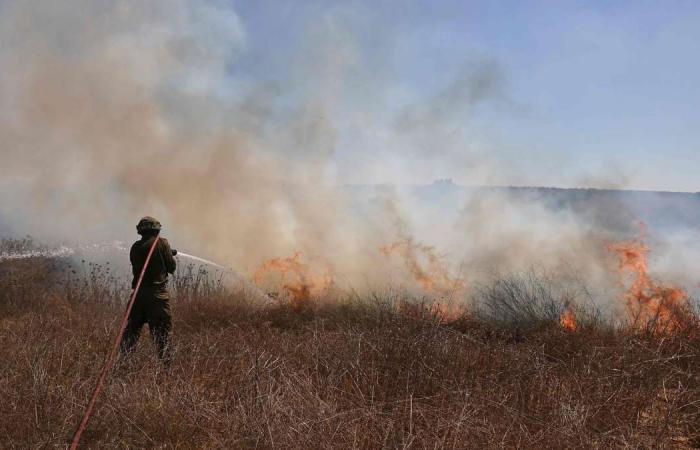 Hind Al Soulia - Riyadh - Israeli aircraft struck posts belonging to the Lebanese Shiite group Hezbollah early on Wednesday as well as Hamas targets in the Gaza Strip is retaliatory action, according to the Israeli military.

Shots were fired from Lebanon towards its troops, but no Israeli troops were wounded in the firing, the military said.

Soldiers deployed illumination flares, smoke shells and live fire after the shots from the Lebanese side of the frontier, it said.

"In response, overnight, IDF attack helicopters and aircraft struck observation posts belonging to the Hezbollah terror organisation in the border area," the military said in a statement.

Tension has been running high on the border. Last month, Israel said Hezbollah carried out an infiltration attempt, which the Iran-backed group denied.

There were also no reported casualties in strikes that Israel's military said targeted underground infrastructure belonging to Hamas, the group that rules Gaza.

Hamas has been trying to pressure Israel to ease restrictions on Gaza and allow more investment, in part by letting Palestinians launch helium balloons carrying incendiary material that have torched tracts of southern Israeli farmland in recent weeks.

Israel has struck Hamas facilities almost nightly for the past two weeks, saying it would not tolerate the balloons.

With tension high, Israel has closed its only commercial crossing with Gaza, banned sea access and halted fuel imports into the coastal strip, leading to its only power plant shutting down last week.

Health officials have voiced concern that the power plant shut down could aggravate a novel coronavirus outbreak in Gaza, which is home to two million Palestinians.

Mediators from the United Nations, Egypt and Qatar have been working to restore calm.

These were the details of the news Israel fires 'retaliatory' strikes at Lebanon and Gaza for this day. We hope that we have succeeded by giving you the full details and information. To follow all our news, you can subscribe to the alerts system or to one of our different systems to provide you with all that is new.