Could gargling mouthwash reduce the spread of coronavirus? 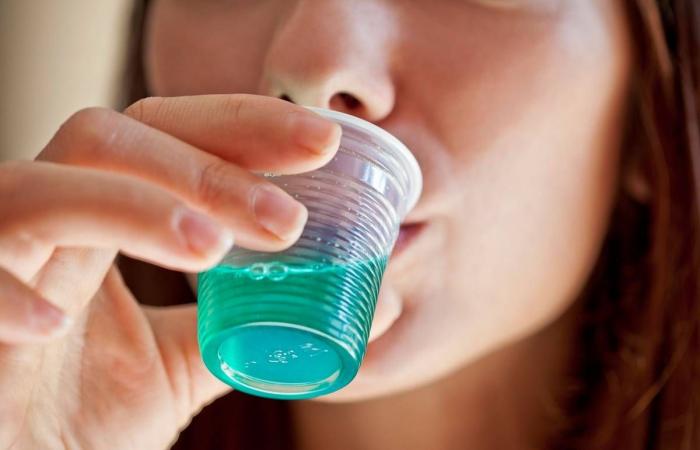 Thank you for reading the news about Could gargling mouthwash reduce the spread of coronavirus? and now with the details

Aden - Yasmine El Tohamy - Study launched in UK to see if mouthwash has the potential to reduce levels of Covid-19 in saliva.

Scientists in Wales, United Kingdom, are to launch a study this week into whether mouthwash can be used to help curb the spread of Covid-19.

MailOnline and other UK media on Tuesday said Covid-19 patients at the University Hospital of Wales in Cardiff will participate in new research to establish if mouthwash has the ability to reduce levels of the virus in saliva.

SARS-CoV-2 is an enveloped coronavirus with an outer fatty (lipid) membrane and previous research is said to show agents in mouthwash - such as low amounts of ethanol - could disrupt the membranes of lipid viruses.

Dentyl, which contains the anti-microbial cetylpyridinium chloride, is the only UK mouthwash brand to take part in the 12-week study led by Professor David Thomas from Cardiff University.

The study is entitled 'The measurement of mouthwash anti-viral activity against Covid-19'.

Professor Thomas said: "We are very keen to start this much-needed clinical trial as our review of the literature indicated that we need to look deeper into the possible positive impact that mouthwashes may play on the transmission of Covid-19.

"We believe this is an exciting opportunity to determine whether a compound that can inactivate an enveloped virus in a test tube may work in humans, actively shedding the virus in the mouth and throat."

Coronaviruses belong to the class of 'enveloped viruses', meaning a fatty layer that is vulnerable to certain chemicals covers them.

Studies have suggested agents found in mouthwash - such as low amounts of ethanol - could disrupt the membranes of other lipid viruses, in the same way as UV rays.

Scientists in May called for urgent research into the use of readily available mouthwash to reduce the spread of the virus.

Jerry Randall, chief executive of Venture Life, Dentyl's parent company, said: "We are excited at the prospect that this long-standing, well-known mouthwash product could help in the fight against Covid-19."

The new study comes after experts in May called for urgent research into the use of readily available mouthwash to reduce the spread of the virus.

Publishing their review in the Function journal, the authors wrote: "We highlight that already published research on other enveloped viruses, including coronaviruses, directly supports the idea that further research is needed on whether oral rinsing could be considered as a potential way to reduce transmission of SARS-CoV-2."

Lead author Professor Valerie O'Donnell, co-director of Cardiff University's Systems Immunity Research Institute, said at the time: "Safe use of mouthwash - as in gargling - has so far not been considered by public health bodies in the UK."

She added: "This is an under-researched area of major clinical need - and we hope that research projects will be quickly mobilised to further evaluate this.'

The completed study will be peer reviewed before it is published in around six months' time.

Experts last month claimed iodine mouthwash could destroy Covid-19 and prevent or reduce its effects if someone is already sick.

Researchers in Germany found that the dental product was effective in "inactivating" SARS-CoV-2 - the virus that causes Covid-19.

They say that swashing the liquid could diminish the viral load - which is the amount of particles being carried by an infected individual - in the throat and in turn limit transmission.

Meanwhile, researchers at the University of Santiago de Compostela in Spain said the specific type of mouthwash can have 'significant virucidal activity'.

Testing on a small group of patients with Covid-19, they found using the mouthwash reduced the number of viruses that were in their saliva.

Reduced viral loads - which mean the number of viruses circulating through the body - have been associated with less severe symptoms and faster recovery.

These were the details of the news Could gargling mouthwash reduce the spread of coronavirus? for this day. We hope that we have succeeded by giving you the full details and information. To follow all our news, you can subscribe to the alerts system or to one of our different systems to provide you with all that is new.

PREV UK warships to sail for Black Sea in May as Ukraine-Russia tensions rise, reports Sunday Times
NEXT Journalists say police mistreated them during Minnesota protests