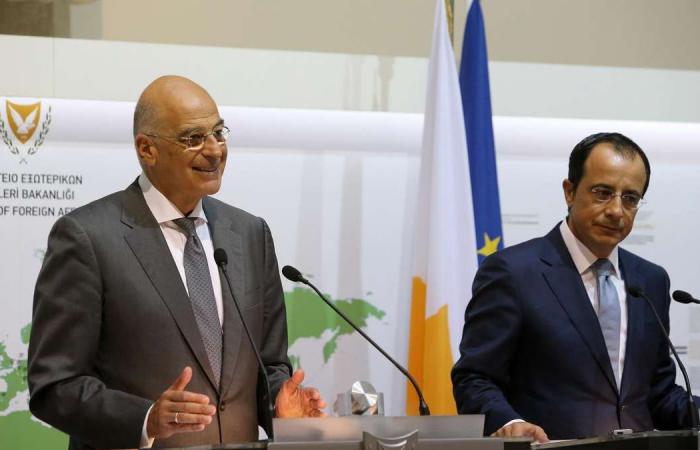 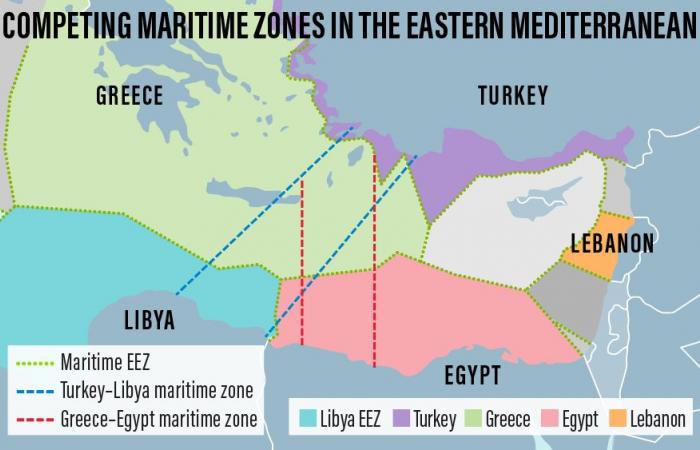 Hind Al Soulia - Riyadh - Greece has urged European Union foreign ministers to discuss sanctions against Turkey when they meet for talks on the ongoing maritime border disputes in the eastern Mediterranean Sea.

Speaking in Nicosia, Cyprus, the Greek Foreign Minister Nikos Dendias said he expected EU ministers to discuss the retaliatory measures against Turkey at a summit next week.

"This escalation of Turkish aggression is directed against the European Union, and consequently there should be an escalation of the European reaction to counter it," Mr Dendias said following a meeting with his Cypriot counterpart, Nikos Christodoulides.

Nicosia and Athens have found themselves in a tense standoff with Ankara over resource-rich waters in the eastern Mediterranean.

Turkey sent its research vessel the Yavuz into Cypriot waters only days after the Greek and Turkish navies faced off over the arrival of another Turkish research ship, the Oruc Reis, within Greece’s maritime boundaries.

Mr Christodoulides said Cyprus was open to engaging with all of its neighbours in negotiations on maritime borders.

While not referring to Turkey directly, he said the island had maritime deals with Egypt, Israel and Lebanon "and was ready to discuss with other neighbouring states on establishing sea zones".

Turkey is Cyprus’s closest neighbour and the only country with which the island does not have a deal, apart from conflict-riven Syria.

"This would be on the basis of international law and the 1982 Law of the Sea," Mr Christodoulides said, referring to a United Nations treaty.

Ankara is unlikely to agree to negotiations with Nicosia as it does not recognise the Republic of Cyprus.

The island was split after a 1974 Turkish invasion spurred by a coup engineered by the military then ruling Greece.

A breakaway Turkish Cypriot state in north Cyprus is recognised only by Ankara.

On Monday, Cyprus rebuked the EU for failing to agree to sanctions against Turkey at a summit last week.

"Unfortunately we are observing a diffidence from the European Union in taking on a substantive role and adopting policies of deterrence,” Cypriot government spokesman Kyriakos Koushios said

"The policy of appeasement and the messages of support are not enough to discourage Turkey from its illegal actions."

These were the details of the news Greece calls for EU sanctions on Turkey over Mediterranean aggression for this day. We hope that we have succeeded by giving you the full details and information. To follow all our news, you can subscribe to the alerts system or to one of our different systems to provide you with all that is new.