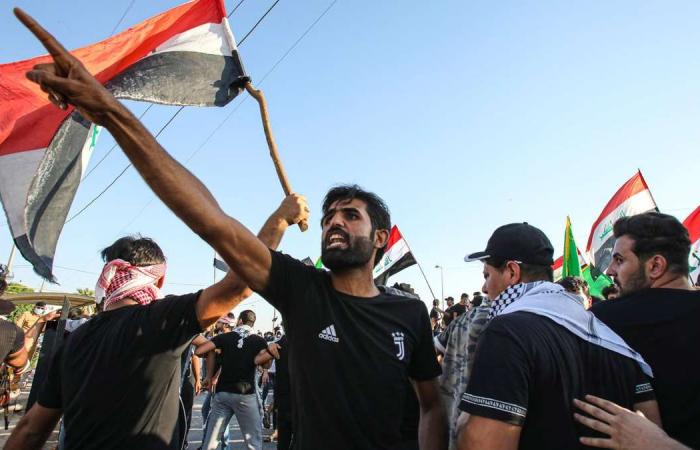 Thank you for your reading and interest in the news The Middle East Framed - regional photography for August 17, 2020 and now with details

Mahmud Moussa rests on a makeshift bed outside his house, which was destroyed in the Aug. 4 explosion in Beirut, Lebanon. AP Photo

Palestinian workers cross illegaly into Israeli areas through a hole in Israel's barrier fence near the Mitar checkpoint and the village of al-Dahriya, south of Hebron in the occupied West Bank. AFP

Israeli infantry soldiers walk next to a tank and an armoured personnel carrier near the Israeli border with the Gaza Strip. AFP

A Palestinian protester from a group calling themselves the 'Night Confusion Units' flashes the V-sign for victory as they gather near the Gaza-Israel border east of Al Bureij camp for Palestinian refugees in the central Gaza Strip. Israel's army launched new air strikes against Hamas positions in Gaza and closed the fishing zone around the Palestinian enclave in response to rockets and firebombs sent into Israeli territory. AFP

A Syrian street vendor sells apples and prickly pears across from a mural painted as part of an awareness campaign by the United Nations International Children's Emergency Fund (UNICEF) and World Health Organisation (WHO) intitative, bearing instructions on protection from Covid-19 in the Kurdish-majority city of Qamishli of Syria's northeastern Hasakeh province after a spike in infections in the area. AFP

Iraqis lift national flags as they demonstrate near the governor's residence in the southern city of Basra, to protest assasinations and demand the resignation of top security officials in the governorate. AFP

Rubble of destroyed buildings is seen in a neighborhood near the site of the August 4 explosion in Beirut, Lebanon. AP Photo

These were the details of the news The Middle East Framed - regional photography for August 17, 2020 for this day. We hope that we have succeeded by giving you the full details and information. To follow all our news, you can subscribe to the alerts system or to one of our different systems to provide you with all that is new.