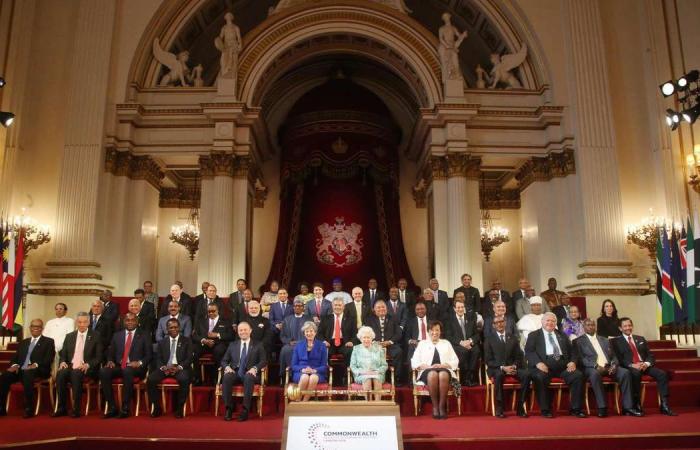 Hind Al Soulia - Riyadh - A married couple who both once worked at the scandal-hit secretariat of the 54-nation Commonwealth face multiple fraud allegations.

Joshua Brien, 47, a former adviser to Australia’s attorney-general, has been accused of a string of offences over five years while he was working for the Commonwealth and as a special counsel at a UK-based law firm.

His wife Melissa Kehmani, 40, a noted anti-corruption expert at the European Bank for Reconstruction and Development (EBRD) who previously worked for the Commonwealth Secretariat, has also been charged. Police said she would appear in court in October accused of acquiring or possessing criminal property.

Her husband appeared in court on Tuesday and is accused of stealing more than £150,000 (Dh723,000) from the secretariat, according to The Times newspaper.

The Commonwealth Secretariat is the administrative body for the group of former British colonies that includes almost a third of the world’s population.

It has been rocked by a series of scandals with the UK, Australia and New Zealand earlier this year withholding funds because of poor management practices.

Its head, former Labour Party politician Patricia Scotland, was criticised by auditors after she awarded a lucrative contract to a company run by a friend. It’s understood that she ordered the investigation after taking over in 2016 from Indian diplomat Kamalesh Sharma.

“The Commonwealth Secretariat has a very robust set of policies and procedures to guard against fraudulent behaviour and activity within the organisation,” a spokesperson said.

“And any suspicious activity has, and always will be, reported to the relevant authorities without delay and dealt with robustly.

“The Commonwealth Secretariat has cooperated fully with the Metropolitan police in their investigation into this matter.”

Mr Brien, who married in 2011 and lives with his wife in west London, is described as a specialist in the law of the sea and its economy.

During his time at the Commonwealth Secretariat, he worked with African nations including Cameroon, Kenya, Mauritius and the Seychelles, according to an online biography.

He is understood to be no longer working at the law firm, Cooley LLP. The company declined to comment.

His Canadian wife worked for the secretariat before 2009 in the criminal law section. She has since worked for the Organisation for Economic Cooperation and Development and the EBRD, where she was involved in due diligence and anti-corruption work.

These were the details of the news Australian high-flyer lawyer and wife arrested after Commonwealth fraud probe for this day. We hope that we have succeeded by giving you the full details and information. To follow all our news, you can subscribe to the alerts system or to one of our different systems to provide you with all that is new.