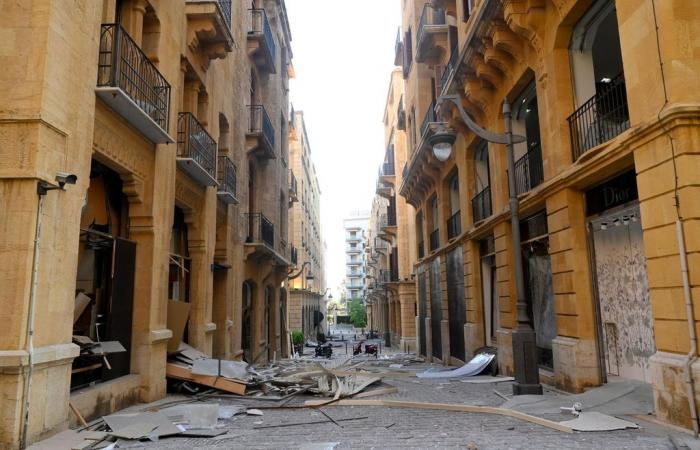 Hind Al Soulia - Riyadh - Two former Lebanese prime ministers called on the international community to extend immediate support to the country after an explosion rocked the capital on Tuesday, adding to its worst financial crisis in decades and raising concerns about food security.

“The scale of the destruction by any standard is more than an earthquake,” former Lebanese premier and finance minister Fouad Siniora told The National.

“Now there is a major crisis happening. There is no longer wheat and you also don’t know [the level of the] pollution that’s happened … whatever food-related storage there was near the site is now not usable. It is a food security crisis.”

“What is required now is physical assistance, emergency aid, health assistance and immediate assistance that addresses the wheat shortage. What is required is a concerted effort. Lebanon needs intensive care from the international community after the erosion of confidence in the government.”

The explosion, which has been blamed on 2,750 tonnes of ammonium nitrate in a warehouse, killed more than 100 people and injured about 4,000 others. It is the largest catastrophe of its kind for the country, which emerged from its last civil war in 1990, and exacerbates the economic crisis.

Mr Siniora was in his office in Ras Beirut, about 2 kilometres from the site of the explosion, and said he felt the entire building move. “This explosion was heard in Cyprus and it tells you the extent of the damage,” he said. “When they say Beirushima, they mean what happened is like Hiroshima.”

Lebanon was already facing its worst financial crisis since independence in 1943 and defaulted on $31 billion (Dh114bn) of eurobonds in March. It then turned to the International Monetary Fund in May for a $10bn bailout package.

IMF negotiations have stalled. The economy deteriorated further. The Lebanese pound, pegged to the dollar since 1997, plunged more than 80 per cent, while inflation soared to 90 per cent in June from a year earlier and unemployment is on the rise.

“We were thinking the GDP would not go down [further], now definitely it’s a fait accompli that the GDP is going to go down and down, because there isn’t anyone who has not been impacted in the entire capital," he said. "Productivity will stop for a couple of months definitely … we’re dealing with catastrophic damage. We need help from everywhere.”

Trading at the Beirut Stock Exchange was suspended on Wednesday as a result of the explosion.

While Mr Siniora and Mr Mikati declined to quantify the impact of the blast on the economy, Nassib Ghobril, chief economist at Byblos Bank estimates it is in the billions of dollars and will have wide reverberations given the impact on the retail industry, the private sector and banks.

“The explosion will definitely have a devastating impact on the economy, it’s too early to put a figure on the losses, but they are at least in the several billion dollars,” Mr Ghobril said.

“My estimate for economic activity in 2020 on Tuesday morning was a contraction of 18 per cent. Now with what is happening we are likely to see an even deeper contraction.”

The IMF has estimated Lebanon’s economy would shrink 12 per cent this year because of its crisis and the impact of Covid-19. Unemployment in the short term, given the devastation and its impact on businesses, will also increase, Mr Ghobril said.

Beirut’s port is the country’s primary conduit for imports. It receives and processes at least 70 per cent of imports. The port in the northern city of Tripoli, which borders Syria, is smaller but was recently enlarged to take part in the reconstruction of Syria. Its capacity, however, is smaller than Beirut’s port. Imports will now be diverted to Tripoli, as Beirut has no hangers left because of the destruction of the explosion. The country also has a much smaller port in the southern city of Sidon.

As a result of the financial crisis and economic contraction, Lebanon’s trade deficit narrowed 59 per cent in the first five months of the year. With the impact of the explosion that could worsen.

“We ask that our friends and allies to stand by Lebanon, we require tremendous help,” Mr Siniora said. “The situation is extremely dangerous.”

Former Lebanese prime ministers plan to meet on Wednesday to determine what the country needs and recommend a plan of action, Mr Siniora and Mr Mikati said.

Mr Mikati said politicians across the spectrum should put their differences aside and come together.

“Definitely they should put [differences] aside and form a kind of an emergency government that includes all Lebanese,” he said.

Mr Ghobril at Byblos Bank, however, does not believe Tuesday’s blast will accelerate the pace of talks with the IMF or boost the size of financial assistance, given the lack of consensus among Lebanese policymakers. The fund's delegation and Lebanese officials have held 17 meetings to date.

The fund wants Lebanon to address seven priorities which include a crucial capital control law, a modification to the 2020 budget, a forensic audit of the Lebanese electricity company, which saps government coffers of about $2bn annually.

An agreement among Lebanese authorities on the size of financial losses sustained at the central bank also remains a key sticking point. Any IMF funding agreement will depend on what the two sides agree on in terms of reforms and a timetable of their implementation.

“We may see financial aid or in-kind aid from countries around the world, but that is different the negotiations and potential funding from the IMF,” Mr Ghobril said. “If we see the materialisation of in-kind financial aid…that might prove to be helpful to the economy, but that’s highly hypothetical at this stage.”

The economic crisis and the explosion lay bare the weakness of the Lebanese state.

“This is happening at a time when there is an erosion of confidence in the Lebanese government,” Mr Siniora said.

“The problem is compounded, as a result of this disaster, [which] requires a high degree of leadership to confront this problem and I don’t think that we have that leadership,” he said.

“This government initially did not prove in the last five or six months [that there is] any leadership and the president is absent," Mr Siniora said. "If they existed, they would have reached an agreement with the IMF. They are not aware. They are in complete denial about what is happening.”

These were the details of the news Former Lebanese leaders ask for emergency assistance after ‘catastrophic’ explosion for this day. We hope that we have succeeded by giving you the full details and information. To follow all our news, you can subscribe to the alerts system or to one of our different systems to provide you with all that is new. 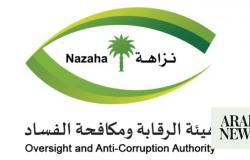