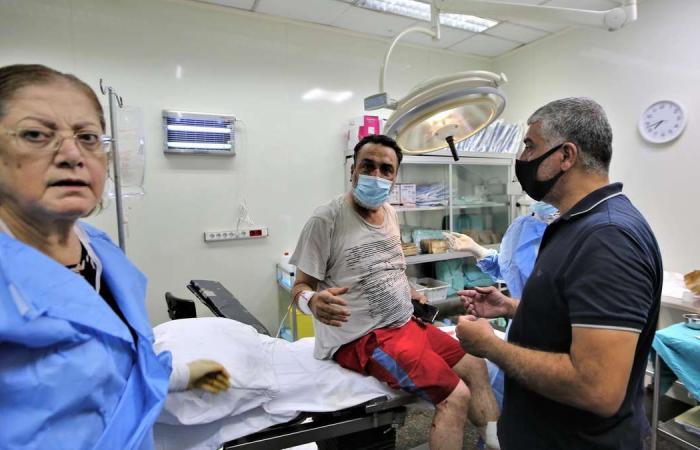 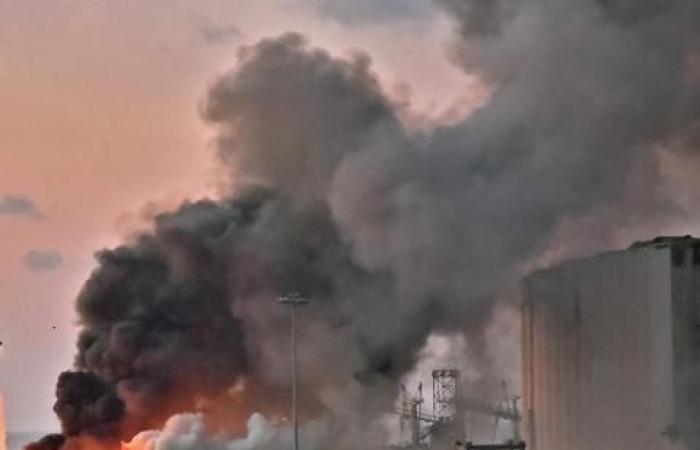 Thank you for your reading and interest in the news Makeshift ambulances and overflowing wards: Beirut’s medics rally after port blast and now with details

Hind Al Soulia - Riyadh - As the copper-brown haze from a seismic chemical blast moved through Beirut’s streets on Tuesday afternoon and military helicopters battled fires raging at the city’s port, medics were stuffing victims into their personal cars in what became their own makeshift ambulances.

Doctors and nurses immediately rallied to help residents of the Lebanese capital as hospitals already struggling with the coronavirus outbreak filled up and quickly became overwhelmed.

Medical centres across the city filled beyond capacity, forcing them to plead for blood supplies and generators to ensure enough power to keep their lights on and be able to treat the nearly 4,000 victims injured in the blast. At least 78 people were killed in the explosion that Lebanese security officials said was caused by thousands of tonnes of confiscated ammonium nitrate catching light.

The fallout was a scene of carnage. Dazed people covered in blood staggering or standing motionless on streets strewn with glass and mortar; distraught men carrying the limp body of an unconscious, or possibly deceased, woman; a man with a bandage-wrapped head, his face half-hidden by blood; motorcycles and Army vehicles weaving through debris-covered streets to rescue and ferry those hurt to hospitals; small clusters of people carrying stretchers bearing the wounded; thick black smoke billowing from the explosion site.

Hospitals, like so many tragedies, became epicentres of the grieving. The scene around the American University of Beirut Medical Centre was one of trauma. Victims lined the pavements next to relatives. Some were crying in pain, others were crying for the loss of their loved ones.

At the entrance, an inconsolable man leaned against the wall, staring at the pavement. His brother-in-law was instantly killed when the mushroom cloud rose into the sky, destroying buildings and smashing windows for kilometres, including his office opposite Beirut port.

“He was still at his office working and we received a call from his colleague that Ayman got injured in the explosion. At first we did not know how critical it was but later on when we gathered up at the emergency entrance of the hospital we were told that he succumbed to a critical injury in his head,” the relative said.

Others tried to save their relatives with success. Harachuhee Kuyumegian, 80, lived in a neighbourhood adjacent to the port where the explosion took place. Her son-in-law said his sister found her covered in blood and critically injured. He drove to the elderly woman’s house and rushed her to hospital in a bid to save her life.

“We put her on a chair and rushed her down the stairs and she was crying in pain. We rushed her in my car to the hospital,” the son in law said. The last update he received said that she was stable.

Resident doctors at the emergency at the AUBMC said there were more than 400 injured taken there alone. Those who could wait for a surgery until tomorrow were taken to ordinary rooms, while those who required immediate surgeries were taken for operations. Some rushed to hospital in a critical condition later passed away in the emergency rooms of the hospital they were taken to, according to an employee of the Lebanese Red Cross.

The response became so large that the country’s pharmacist union asked all pharmacies to open in order to treat those with light injuries in order to free up space for the more critical cases at hospitals. One physician, Dr Eid Azar of Saint George Hospital, said that the scene at his facility, the oldest in Lebanon, was chaos. Another medical centre close to the port had to be evacuated as it became partially destroyed and unfunctional. Others reported cancer patients and newborn babies being shaken by the blast and covered in glass.

Some ambulances were filled with more than three victims in order to ferry more to hospital because of the sheer volume of injured.

Many of those injured were transferred to hospitals outside of the capital in the Mount Lebanon area and the city of Sidon to the south.

Going the other way, the Red Cross’ call for blood donations at hospitals to help across the capital was met with thousands of calls, according to one employee. As the unprecedented incident unfolded, Red Cross departments across Lebanon, from Tripoli to Sidon to Mount Lebanon, sent their ambulance cars to Beirut to help the rescue and evacuation of patients.

That was a Dunkirk-like moment taking place, offering a flicker of hope, one a country wracked by economic and health woes, and now the worst disaster in its history, desperately needs right now.

These were the details of the news Makeshift ambulances and overflowing wards: Beirut’s medics rally after port blast for this day. We hope that we have succeeded by giving you the full details and information. To follow all our news, you can subscribe to the alerts system or to one of our different systems to provide you with all that is new.