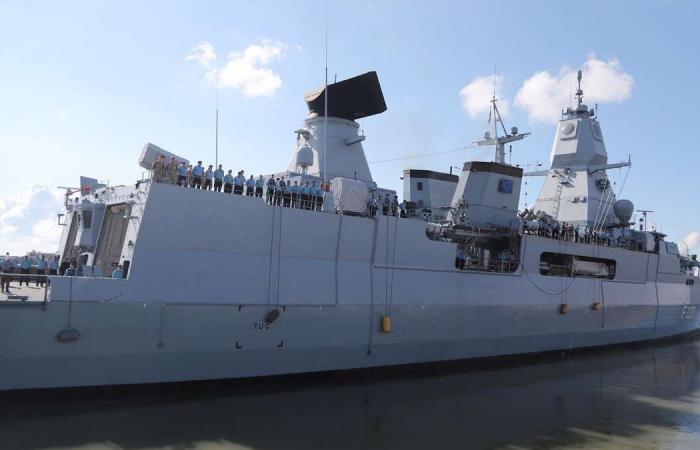 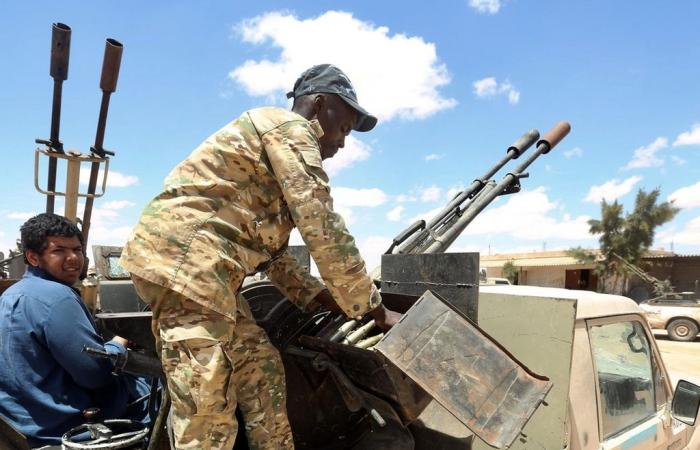 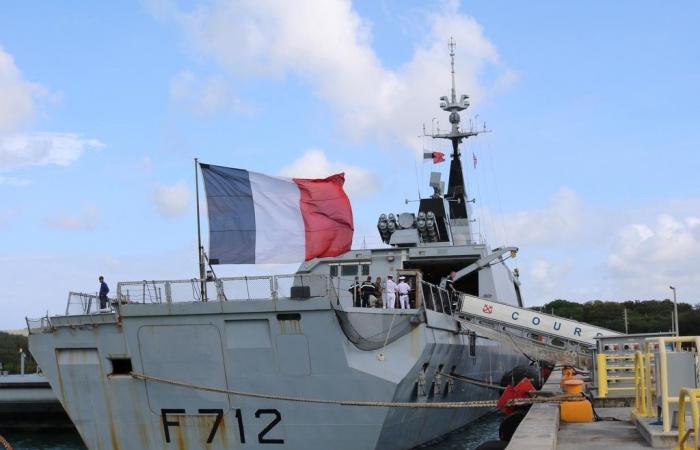 Hind Al Soulia - Riyadh - A German navy frigate and 250 sailors have left port to join the EU mission to enforce the long-flouted weapons embargo on Libya.

The Hamburg left Wilhelmshaven on the North Sea on Tuesday morning, arriving in the Mediterranean by the middle of the month.

It is set to join the operation for five months and take a leading role in steering the EU mission. In that time the ship is expected to remain almost entirely at sea, so its personnel are not exposed to the coronavirus.

The 143-metre vessel is the first German naval asset to join Operation Irini, which began in early May.

The mission, one of the main tranches of Brussels’ plan to de-escalate growing violence on the EU's doorstep in Libya, has been plagued by infighting and a lack of resources.

Before the Hamburg arrives, the mission’s only listed operational assets have been the Greek frigate Spetsai, a German P-3C Orion maritime-patrol aircraft and one small aircraft for reconnaissance, provided by Luxembourg and Poland.

Irini has rarely had more than one vessel operating at any time, with the French destroyer Jean Bart and the Greek frigate Hydra being sent together for two weeks from mid-May.

Before joining the operation, the German navy highlighted the politically sensitive nature of the mission.

Commandant Jan Fitschen has said the Hamburg will be operating in "difficult political and operational terrain".

"We are facing an operation that will pose unknown challenges to the ship and crew in several ways," he said, according to the German press agency DPA.

The Tripoli-based Government of National Accord (GNA) and its Turkish backers have regularly railed against Irini saying the EU mission favoured the rival Libyan National Army (LNA) faction led by Field Marshal Khalifa Haftar, blocking the flow of weapons and materiel to the country.

The Hamburg, an F124 class frigate, is designed as a multipurpose vessel with an emphasis on air defence. Its radar can monitor air space to a range of 400km, Greek press reported.

Ankara in the ascendancy

Ankara has turned the tide of Libya’s civil war in recent months delivering air support and thousands of mercenary fighters to the GNA to end a year-long offensive on Tripoli and the LNA.

Following a series of victories in western Libya the country’s eastern LNA and western GNA factions are now facing off around the city of Sirte near Libya’s central coast.

Ankara’s explicit backing of the GNA has put it on a collision course with France, a central Nato and EU member. Ankara has regularly accused Paris of backing Mr Haftar, though French officials have denied this.

Relations between the two Nato allies reached a fresh nadir after a naval incident in June in the eastern Mediterranean. Paris claims its frigate, the Courbet, part of a Nato mission there, was harassed by Turkish vessels as it attempted to inspect a Tanzanian-flagged cargo ship suspected of being used by Turkey to flout Libya’s arms embargo.

Ankara has denied the ship, the Cirkin, was supplying weapons to the GNA but has claimed instead that the vessel was carrying medical supplies.

Germany has increasingly found itself drawn in as a referee in the region, where nine years of instability and conflict in Libya have intersected with decades-old disputes over maritime boundaries and access to waters rich in natural gas deposits.

At the end of July, German Chancellor Angela Merkel made an 11th-hour diplomatic intervention to stop a confrontation between Greece and Turkey.

Athens placed its military in the Mediterranean on high alert after Turkey announced its research ship, the Oruc Reis, would conduct an exploration mission near the Greek island of Kastellorizo.

Last December the GNA in Libya confirmed a new maritime border deal with Ankara in the Mediterranean in exchange for military co-operation.

The UAE, Egypt, France, Cyprus and Greece condemned the agreements, which would give Turkey access to potentially lucrative natural gas reserves in the area.

These were the details of the news German frigate joins EU's troubled Operation Irini for this day. We hope that we have succeeded by giving you the full details and information. To follow all our news, you can subscribe to the alerts system or to one of our different systems to provide you with all that is new.