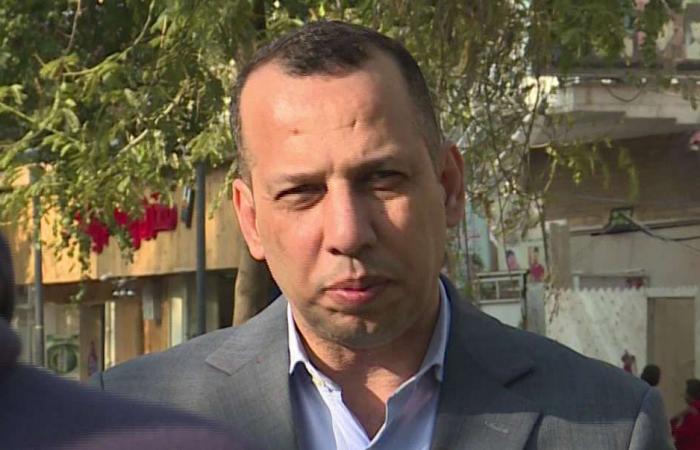 Hind Al Soulia - Riyadh - The investigation into the killing of Iraqi security expert Husham Al Hashimi is a ‘complicated’ procedure, the government said on Tuesday, nearly a month after the incident took place that shook the country.

Mr Al Hashimi, 47, was gunned down outside his home in Baghdad by two gunmen riding on a motorbike on July 6.

He appeared frequently on local and foreign media outlets as an analyst, especially during Iraq's battle against ISIS. He was also an expert voice on Iraqi politics and Shiite extremist groups.

No group has said it was behind the shooting, but he had reportedly been threatened by Iran backed militia groups.

“The investigation into the killing of Husham Al Hashimi is ongoing but is a very complicated and intertwined procedure,” government spokesman Ahmad Mulla Talal said during a press conference.

Authorities have not disclosed any details of the suspected perpetrators and updates on the investigation.

The motive for his killing has not been clear so far but similar attacks have taken place during Iraq’s peak sectarian period.

Activists told The National that it is highly unlikely the government will name and hold the perpetrators to account.

“I don’t think the government will announce the results because those involved in assassinations around the country are often from rough and uncontrolled armed militias,” Inas Jabbar, a Baghdad-based human rights activist, said.

Groups outside of the law not only pose danger to the public but are “so deeply involved in the government that they dominate every part of its decision making”, Ms Jabbar said.

If authorities were to hold the perpetrators to account then possible “clashes between officials who backed the militias could occur as their interests would be threatened,” she said.

Those close to Mr Al Hashimi believe that his killing related directly to his recent work on pro-Iran groups. They say the face-off between the prime minister who is backed by US and militias supported by Iran caused his death.

Mr Al Kadhimi must get a grip on the situation before losing total control of the state, he must reveal the perpetrators to the public, Suhaila Assam, a humanitarian activist said.

“The Prime Minister cannot do this alone, the Iraqi state is under the control of the militias and weapons have fallen into the hands of outlaw groups,” she said.

“This indicates that the government has no real power over these issues, it cannot to be honest. No one knows what is going on behind closed doors,” Ms Assam said.

The investigation is being dealt by “corrupt government institutions,” she said.

Since assuming office in early May, Mr Al Kadhimi took a series of bold moves against pro-Iran militias.

They include two unsuccessful arrest raids against militias that showed the limits of his power in the face of hostile groups with influence across state institutions.

These were the details of the news Iraqi government says Al Hashimi murder probe ‘complicated’ for this day. We hope that we have succeeded by giving you the full details and information. To follow all our news, you can subscribe to the alerts system or to one of our different systems to provide you with all that is new.