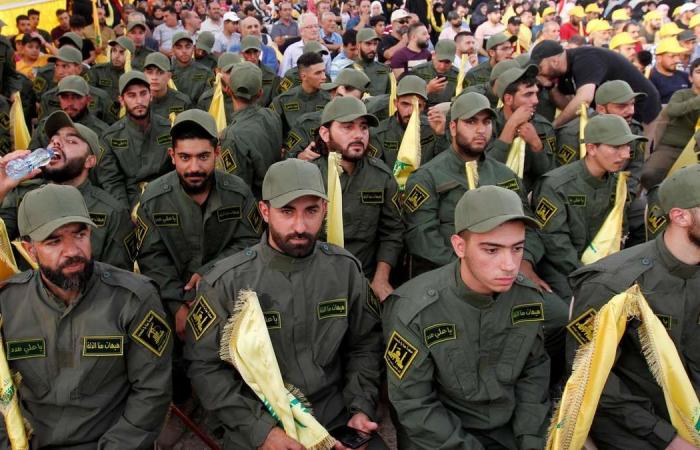 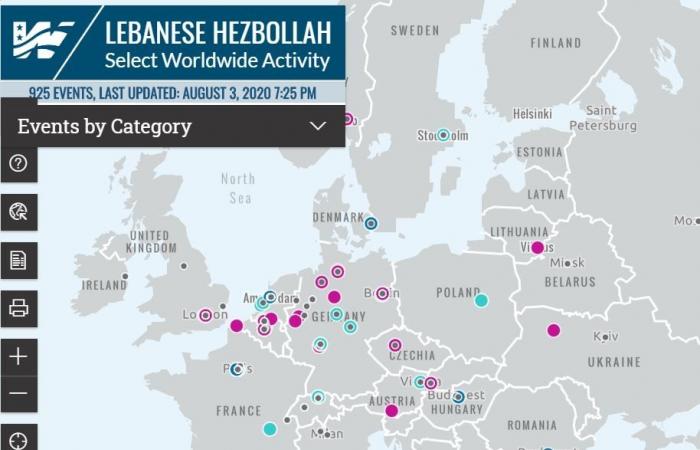 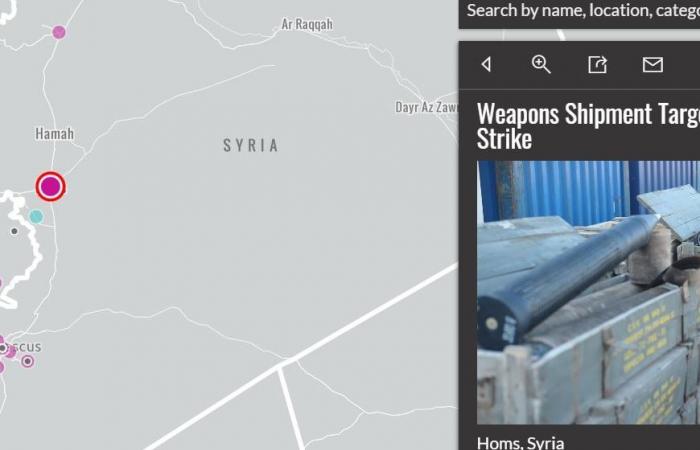 Hind Al Soulia - Riyadh - A new interactive map of Hezbollah’s activities has shown all the attacks, financing and plots by the terror group revealing for the first time its vast global reach.

Researchers, the police and the public will be able to view the group’s activities across the world in a resource that includes information taken from declassified CIA and FBI files.

The document is the painstaking work of former FBI agent Dr Matthew Levitt who hopes will it will demonstrate the nature of Hezbollah to European countries that have yet to fully proscribe it as a terrorist organisation.

If the map proves successful it could also be used as a template to help the fight against other terror groups such as Al Qaeda and ISIS as well as international criminal gangs.

The ‘Lebanese Hezbollah Select Worldwide Activity’ is the first-ever publicly available, interactive map and timeline of Hezbollah-related activities and counter-terrorism action taken against it.

Dr Levitt said he committed to the project because during forums and seminars on Hezbollah there was always a lack of information.

“Discussion about Hezbollah’s covert enterprises was rendered virtually impossible by the dearth of publicly available material on the group’s covert activities,” he said.

It is based on open source or recently declassified information and the map has been designed for a variety of users, from intelligence analysts to policymakers, and academics and students. It features photos, videos, intelligence documents as well as news articles.

The tool has three main categories: plots and attacks, finance and logistics and counter- terrorism actions.

All have further drop down menus allowing easy research. For example, a user can click on Paris on the geographical map to see a list of numerous Hezbollah activity, from fund raising and bomb plots, to drug activities and actual attacks.

“It shows all plots and attacks by Hezbollah and examples of new information or rare or under-reported information,” said Dr Levitt, of the Washington Institute.

For example, it gives the real names of European Hezbollah members who have been convicted of crimes from both Britain and France.

It also reveals a Hezbollah plot in 1990 to plan an attack on a Warsaw synagogue and airport, according to a CIA document, and Hezbollah surveillance of the Dutch based Special Tribunal for Lebanon that is prosecuting terrorists for the 2005 assassination of Lebanese Prime Minister Rafik Hariri.

Other examples include a mass bomb arsenal found in Kuwait in 2015 and a bomb plot in Bolivia in 2017.

Juan Zarate, a former US deputy national security adviser, said the map was important in a world “where we are deluged with information”.

“This is a phenomenal curation of information. It shows operations and activities of Hezbollah in parts of world you not have been aware of,” he said.

“It clearly reflects Hezbollah is a global organisation, not just in the Levant, that it has links around the world and it demonstrates the scope of Hezbollah activity.”

The map also suggests that both Belgium and France remain key hotspots for Hezbollah activity.

Kash Patel, President Donald Trump’s deputy assistant on counterterrorism, told the webinar launching the map showed that “Hezbollah is the Iranian regime’s most dangerous proxy” carrying plots and attack around the globe.

“Hezbollah is a terrorist group,” he added. “We see no difference between its political and military wing.”

Only last year Britain became the first major European country to designate all of Hezbollah a terrorist group.

These were the details of the news Interactive maps reveal full extent of Hezbollah's global reach for this day. We hope that we have succeeded by giving you the full details and information. To follow all our news, you can subscribe to the alerts system or to one of our different systems to provide you with all that is new.

NEXT Trade, tech and China: What's on the agenda for the EU-US summit?