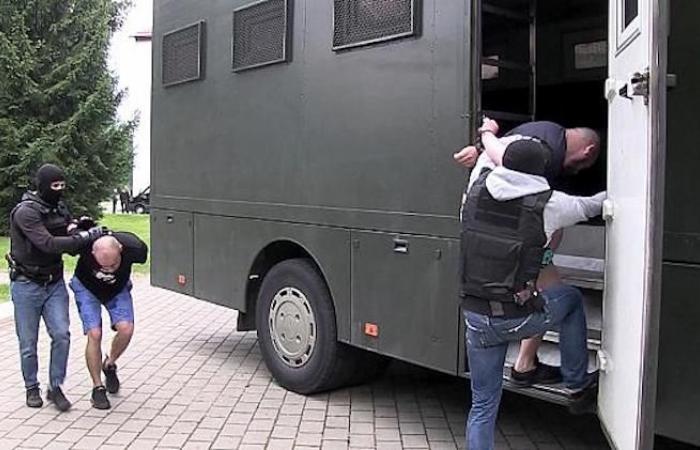 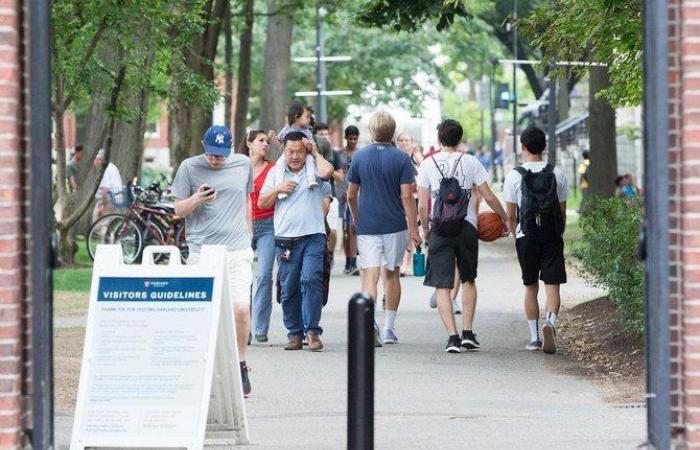 BEIJING: China on Monday accused the United States of “monitoring, harassing and willfully detaining” Chinese students and researchers in the US
Foreign ministry spokesperson Wang Wenbin’s comments follow the denial of a bail request in California for a university researcher accused of lying about her ties to China’s military and governing Communist Party to gain access to the United States.
Wang also criticized the Trump administration for imposing sanctions on a major paramilitary organization in the country’s western Xinjiang region and on two officials for alleged human rights abuses against ethnic and religious minorities.
Wang said China had no intention of helping Juan Tang escape from the United States, but did not otherwise comment directly on the accusations against her.
However, he said China urges the US to “handle the case fairly in accordance with the law and ensure the safety and legitimate rights and interests” due to Tang.
“For some time, the US, with ideological prejudice, keeps monitoring, harassing and willfully detaining Chinese students and researchers, and making presumptions of guilt against Chinese researchers,” Wang said.
“The US actions have seriously violated the legitimate rights and interests of Chinese citizens and severely disrupted the normal cultural and personnel exchanges between China and the US, which amounts to outright political persecution,” he said.
In denying bail, US Magistrate Judge Deborah Barnes said Tang, 37, would have reason to leave the country if released. Tang has been held without bail since July 23 when she was arrested after she left the Chinese Consulate in San Francisco to seek medical care for her asthma.
Tang, who has a doctorate in cellular biology, entered the United States on Dec. 27, 2019, to work at the University of California, Davis, as a visiting researcher in the Department of Radiation Oncology, Alexandra Negin, an assistant federal public defender, said in her filing asking the court for her release on bail. The lab closed because of the coronavirus pandemic and Tang had been preparing to return to China, Negin said.
Tang and three other scientists living in the US face charges of lying about their status as members of China’s People’s Liberation Army, or PLA. All were charged with visa fraud, the Justice Department said.
Tang was the last of the four to be arrested after the Justice Department accused the Chinese Consulate in San Francisco of harboring a known fugitive.
Negin said Tang went to the consulate to seek help and remained there after FBI agents questioned her at her Davis apartment on June 20 and executed a search warrant, seizing her passport and visa.
Agents found photographs of Tang in a uniform of the civilian cadre of the PLA and also reviewed articles from China that identified her military affiliation. Negin argued that the evidence against Tang is based on old photographs from when she was a student at a medical school run by the military and documents that were translated on apps.
Wang said the US State and Treasury Department penalties targeting the Xinjiang Production and Construction Corps “seriously interfered in China’s internal affairs and violated the basic norms of international relations.”
The sanctions hit the corps, its commander and former political commissar for alleged abuses against Uighur Muslims, including mass arbitrary detentions, forced labor and torture. They freeze any assets the targets may have in US jurisdictions, and perhaps more significantly, bar Americans from doing business with them,
Wang repeated China’s assertion that it has been acting against violence, terrorism and separatism and that “Xinjiang-related issues are not about human rights, ethnic groups, or religions at all.”
China has used that in an attempt to deflect international condemnation of its internment of more than 1 million Uighurs and members of other Muslim minority groups in prison-like camps that it calls re-education and job training centers, along with other abuses.
The corps acts like a parallel government in the vast, resource-rich region, operating its own schools, courts and a large network of businesses.

These were the details of the news Russia says suspected mercenaries detained by Belarus were going to Latin America for this day. We hope that we have succeeded by giving you the full details and information. To follow all our news, you can subscribe to the alerts system or to one of our different systems to provide you with all that is new.