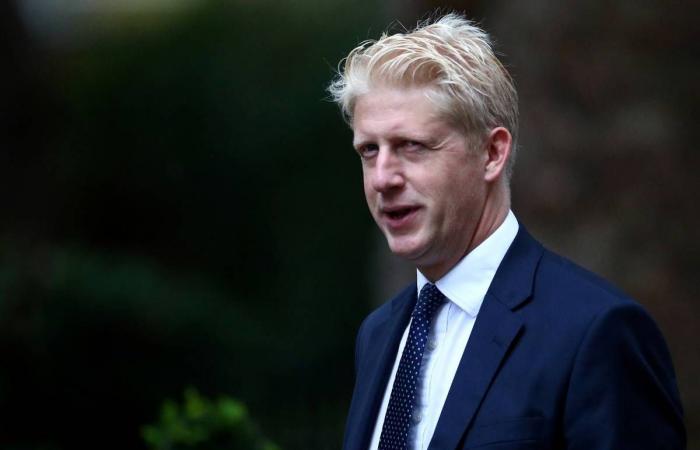 British Prime Minister Boris Johnson on Friday gave his brother Jo -- a former junior minister who quit over his elder sibling's approach to leaving the European Union -- a top honour with a seat in the upper House of Lords.

Former premier Theresa May's husband Philip will also receive a knighthood "for political service", the government said, as it unveiled a list of 36 nominations.

The former House of Commons speaker John Bercow, who repeatedly tried to foil the government's Brexit plans, however, was denied a seat in the upper house.

He is the first former speaker in over two centuries not to receive the honour.

But the nominations drew scorn from Johnson's political foes.

He has displayed "the worst kind of cronyism" by giving jobs for life to "friends and those who have done him favours", opposition Scottish National Party lawmaker Pete Wishart said.

A 2018 report also accused Bercow of presiding over a culture in which "bullying, harassment and sexual harassment have been able to thrive" in parliament. He denied the allegations.

But he also enjoyed his fair share of successes.

His bellows of "Order! Order!" during the Brexit saga went viral and made him briefly into an international media star.

Bercow published a "candid" autobiography and joined the lucrative lecture circuit after stepping down in October.

When news that he might not be selected for a peerage was first reported in June, Bercow explained that he "made a lot of enemies" while overseeing the lower house for 10 years.

"I am not going to sit awake at night worrying about it," he told the BBC.

"There are people who have got grievances and agendas of their own who think I just don't fit."

The House of Lords will now comprise more than 800 members because peers are allowed to resign or retire but are otherwise expected to serve for life.

"This list of new peers marks a lost opportunity to reduce numbers in the House of Lords," House of Lords speaker Peter Fowler said.

Fowler's office had recommended cutting the chamber down to 600 members tops.

These were the details of the news British PM Boris Johnson makes his brother Jo a lord for this day. We hope that we have succeeded by giving you the full details and information. To follow all our news, you can subscribe to the alerts system or to one of our different systems to provide you with all that is new.