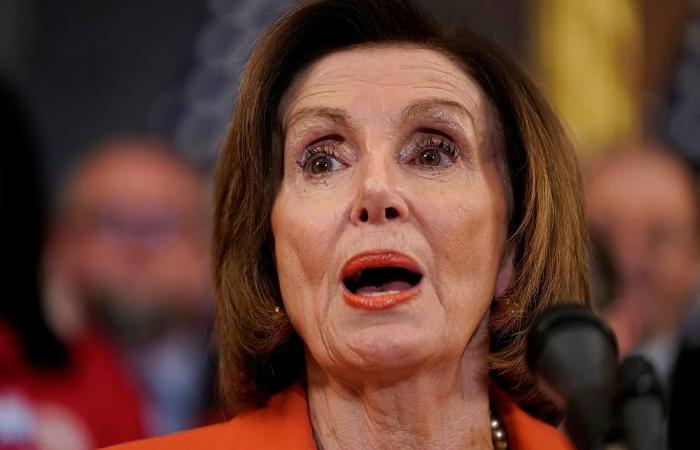 Hello and welcome to the details of Pelosi says far from coronavirus deal; more talks with White House today and now with the details

WASHINGTON, Aug 1 — US House of Representatives Speaker Nancy Pelosi said talks with the White House on a coronavirus aid Bill were far from a deal yesterday, as federal unemployment benefits that have been an essential lifeline for millions of Americans expired.

Asked why she rejected a proposal from Republican President Donald Trump’s administration for a one-week extension of the US$600 (RM2,544) weekly jobless payment, Pelosi told reporters a short-term fix would be appropriate “if you are on a path” toward a deal.

Pelosi, the nation’s top elected Democrat, said she thought Congress and the White House eventually would come together on legislation, although she gave no timetable.

Referring to the mounting cases and deaths from Covid-19, Pelosi said: “This is a freight train that is picking up steam. ... It must be stopped.”

In some of her toughest criticisms so far, she said that Republican delays on legislation and “distortions” about the pandemic “has caused death unnecessarily.”

White House officials took their own hard partisan line, accusing Democrats of refusing Trump’s proposals to extend the jobless benefit that expired yesterday and a moratorium on evictions that ended last week.

“What we’re seeing is politics as usual from Democrats on Capitol Hill,” Meadows — a former Republican House member — told reporters.

Lawmakers and the White House are at odds over efforts to further shore up the economy and manage the pandemic, which has left tens of millions of Americans out of work and killed more than 152,000 people in the United States.

In a meeting on Thursday night between top White House officials and congressional Democratic leaders, negotiations focused on an extension of the US$600 per week in federal unemployment benefits, which Americans who lost jobs because of the health crisis have been receiving in addition to state jobless payments.

House members left Washington yesterday, although they were told they could be called back with 24 hours’ notice for votes during August.

The source, who asked not to be identified, said the White House also hinted it could embrace a deal without the legal protections from lawsuits for companies and schools that McConnell has said must be included.

On Thursday, Senate Republicans tried, without success, to pass a Bill reducing the jobless benefit to US$200 per week.

With 30 million people currently collecting jobless benefits, government relief represents 7.1 per cent of American personal income. That is far above the previous record of 1.55 per cent set in July 1975, according to data from the Bureau of Economic Analysis.

Democrats want a wide-ranging economic stimulus bill that would include about US$1 trillion in aid to state and local governments experiencing plunging revenues during the economic downturn.

In mid-May, the Democratic-controlled House passed a US$3 trillion bill that the Republican Senate has ignored. — Reuters

These were the details of the news Pelosi says far from coronavirus deal; more talks with White House today for this day. We hope that we have succeeded by giving you the full details and information. To follow all our news, you can subscribe to the alerts system or to one of our different systems to provide you with all that is new.