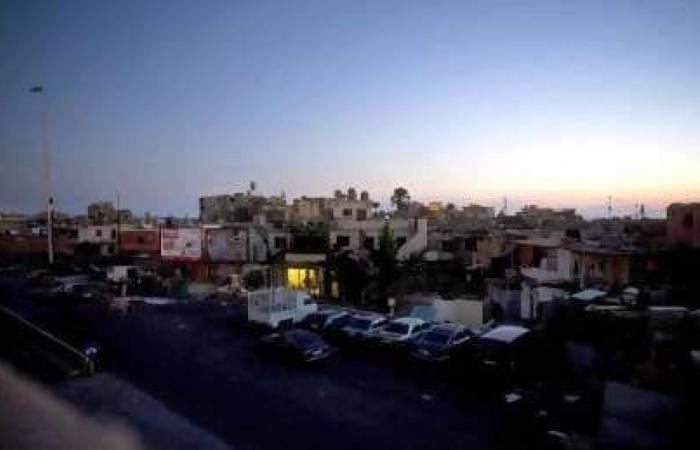 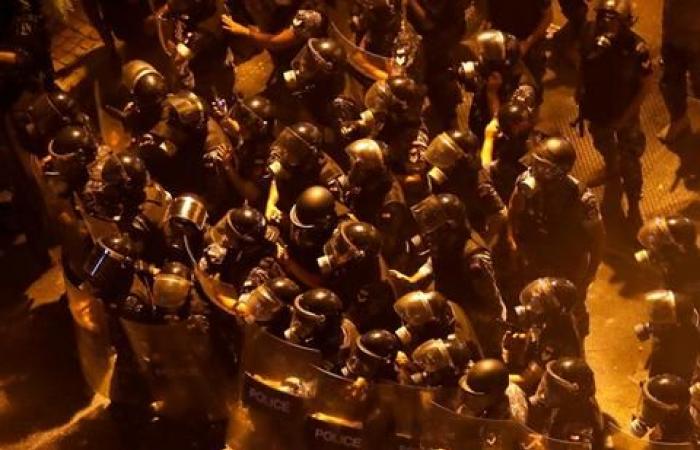 Hind Al Soulia - Riyadh - “Have you seen this?” said Walid, a generator owner in Beirut, as he held up a plastic bottle in disbelief. It was filled with two different liquids: one yellow at the top, and one transparent, at the bottom. “This is diesel cut with water that I bought on the black market last week. It broke four of my filters,” he said.

Compounding Lebanon’s already existing electricity problems, its local “mafia” of private generators owners went on a one-hour strike on Tuesday, warning that they would escalate and turn off all of the country’s generators next week for an entire day.

They are unhappy because the country’s economic crisis forces them to buy diesel, which is sometimes tainted, at inflated prices.

“I have spent as much money last month as I usually do in six months. I don’t know if I’ll be able to continue to operate,” said Walid, as he stood in the dark in his small basement office, regularly wiping his brow with a handkerchief because of the sweltering heat. The generator owner, who asked for his real name to not be disclosed, said that he had spent 2.4 million Lebanese pounds, or $315 at the black market rate, to repair his filters that were broken by the tainted diesel.

A strike of generator owners would cause a massive electricity shortage in the country, which relies on private generators for its electricity consumption. Currently, Lebanon’s state power firm Electricite du Liban’s output only provides two hours of electricity a day on average in Beirut.

EDL has been unable to produce enough electricity to satisfy demand since the end of the country’s 1975-1990 civil war, with cuts that averaged three hours a day in the capital that could increase to 12 hours in the countryside. To close the gap, private generator owners stepped in. Though they are technically illegal, they operate freely.

“They are called a mafia because they divide neighbourhoods up like drug dealers. People don’t have the option to choose who they will subscribe with,” said Nizar Hassan, a Lebanese political analyst.

“Generator owners also impose much higher fees on people that they should and do not respect prices imposed by the Energy Ministry,” he told The National.

A campaign led by former Energy Minister Raed Khoury in 2018 forced a significant number of generator owners to stop imposing flat fees and to install metres, bringing prices down.

But these past weeks, Lebanon has struggled to import enough fuel for EDL’s power plants to function normally or to satisfy private generators’ demand. Because the small Mediterranean country is suffering from a severe economic crisis, all imports in the country experience delays and additionally, a corruption scandal in the fuel sector temporarily halted imports from Algeria last March.

As a result, electricity cuts have increased across Lebanon to over 20 hours a day, and generator owners are running out of diesel. In some neighbourhoods of Beirut, they turn generators off for several hours a day, most often at night. Electricity output has become so unsteady that it is reportedly damaging electrical appliances, from fridges to laptops.

Fuel and diesel imports are in part subsidised by the central bank which guarantees importers 85 per cent of their needs in the US currency at the official exchange rate of 1507.5 Lebanese pounds to the dollar. They buy the rest on the black market, where the local currency has lost 80 per cent of its value since banks restricted access to dollars in November.

On Monday, generator owners protested outside the Energy Ministry in Beirut with two demands: “fair pricing” and access to diesel imported by Lebanon’s official importers. Generator owners accuse them of not selling to them but to third parties who hike prices.

“We came here to ask for mazout to be able to provide light to you, to citizens” told a generator owner to local television network MTV. “Tomorrow, there might be no more light in Lebanon,” said another. Generator owners said they would continue to strike and warned that they would turn all generators off on August 5 if their demands were not met.

On Tuesday afternoon, local media reported that they dropped the threat after the intervention of Abbas Ibrahim, the head of one of Lebanon’s most powerful security services, General Security. Walid, the generator owner, said that General Security had fined one of his colleagues last year 5 million Lebanese pounds for joining in a strike at the time.

Neither Energy Minister Raymond Ghajar nor the head of the union of generator owners were available for comment.

A fuel importer, who declined to be named because of the sensitivity of the issue, said that most generator owners used to work with oil installations and some importing companies, as well as through "jobbers", or middlemen.

Oil installations and most importing companies have reduced their imports because of the economic crisis, and middlemen are hiking their prices. “They sell 20 litres of diesel for up to 34,000 Lebanese pounds instead of the usual 16,000,” he told The National. “They are profiting from the situation.”

The only way for importers to sell diesel directly to private generator owners would be to cut down on their sales to other customers. These include malls, hospitals, supermarkets, factories, restaurants and banks that run their own generators separately, said the source. “We must increase the imports to satisfy the high demand,” he said.

But there is little chance that this will happen soon.

On Tuesday, Prime Minister Hassan Diab blasted French Foreign Minister Jean-Yves Le Drian, who reiterated during a 2-day visit to Lebanon last week that the international community would not help Lebanon financially unless it implemented reforms to fight corruption and increase transparency.

Mr Le Drian does not know enough about “the government’s reform journey,” according to Mr Diab, reported local media. The Prime Minister also claimed that Lebanon had enough fuel for six months and denied that the country was experiencing a fuel crisis.

These were the details of the news Blackouts increase in Lebanon as private generator owners strike for this day. We hope that we have succeeded by giving you the full details and information. To follow all our news, you can subscribe to the alerts system or to one of our different systems to provide you with all that is new.