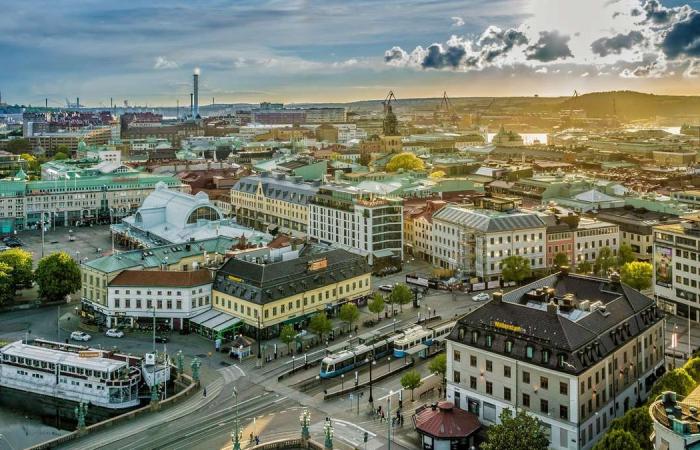 Hind Al Soulia - Riyadh - A Muslim school in Sweden that sparked controversy earlier this year is set to expand into an education building that was shut down after allegedly employing former ISIS fighters as teachers.

The Romosseskolan school, which runs Muslim independent schools, has gained a permit to open a new school in the former state-funded Islamic Vetenskapsskolan school in Gothenburg, which was closed last year after it was accused of hiring ISIS fighters as teachers after their return from Syria.

Only four months ago the Romosseskolan school was accused of gender segregation in lessons and faced criticism over its policy of not allowing pupils a choice over whether they attended prayer sessions.

“My opinion is that a school whose management has been criticised for counteracting basic values in the Education Act should not receive approval at all,” Sweden's Liberal party school policy spokesman Roger Haddad told Dagens Nyheter magazine.

“The Swedish Schools Inspectorate must put an end to this.”

The granting of the permit has also been met with criticism as it was originally awarded to Romosseskolan in 2015 and was due to expire in 2017.

The new school is not set to open until later this year.

The Swedish Schools Inspectorate says the permit expiry date is merely a guide.

Fredrika Brickman, from the inspectorate, told Expressen that it believed it would fail in a court bid to reject the continued use of the permit as it had not made the timetable for its use clear.

“As it was not clear from the decisions that the permit then expires, we have not considered that we have been able to prevent principals from starting schools even after the conditional period,” she said.

“We did not think we could win in court if we said that ‘no, now you cannot do it’. It is a shortcoming that we have not been clear enough in our previous decisions. We have now remedied this from 2018 so that it is clear in all our decisions that the permit expires two years after the decision date.”

In 2018 Romosseskolan successfully appealed in court against a decision by the inspectorate to reject its request to open a school in the city of Boras.

Officials had argued that the school would increase segregation and would counteract the initiatives it had introduced to improve integration.

There are still radicalisation concerns in Gothenburg, where the new school will be located, as more than one third of Sweden’s ISIS fighters originated from the area.

In February Swedish authorities gave a warning that Islamic extremists were still focusing on the city.

The Vetenskapsskolan school was closed in December and had its permit withdrawn over radicalisation concerns.

It was claimed that one member of the school’s new board had shared ISIS propaganda online and four former ISIS fighters allegedly taught in the school, along with another man who had been accused of soliciting funds for terrorism.

These were the details of the news Swedish Islamic school accused of gender segregation takes over building linked to ISIS for this day. We hope that we have succeeded by giving you the full details and information. To follow all our news, you can subscribe to the alerts system or to one of our different systems to provide you with all that is new.