Coronavirus: Europe on the brink of second pandemic wave 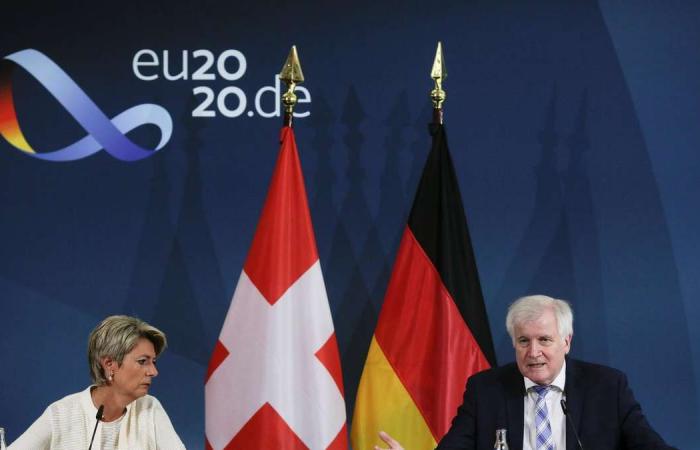 Thank you for your reading and interest in the news Coronavirus: Europe on the brink of second pandemic wave and now with details

Hind Al Soulia - Riyadh - With lockdowns lifted across Europe there are now fears of a second wave as coronavirus infection rates rapidly increase.

On Tuesday, UK Prime Minister Boris Johnson issued a warning that Europe was on the brink of a second wave of the virus.

It will be six months on Thursday since the World Health Organisation declared a public health emergency over the pandemic.

“Let's be absolutely clear about what's happening in Europe; among some of our European friends, I'm afraid you are starting to see in some places the signs of a second wave of the pandemic,” Mr Johnson said.

"What we have to do is take swift and decisive action where we think that the risks are starting to bubble up again."

His comments came merely hours after Germany’s Robert Koch Institute (RKI) for infectious diseases said it had serious concerns that a second wave was under way and warned it was caused by “negligence” over the flouting of social-distancing rules.

The country has seen cases increase from 500 to 800 per day.

"The new developments in Germany make me very worried," said Professor Lothar Wieler of the RKI.

"The rise has to do with the fact that we have become negligent.”

With 206,000 confirmed cases and just over 9,000 deaths, Germany wants to avoid a second wave, which would bring back lockdowns after economically crippling restrictions closed many businesses for six weeks in March and April.

Europe's biggest economy withstood the pandemic with far fewer deaths than some large neighbours such as France, owing to widespread testing, a well-equipped healthcare system and good adherence to social distancing.

However, the summer holiday season has prompted fears that tourists returning from destinations experiencing a surge in new cases could sow the seeds of a second wave.

A similar picture is emerging in Spain where Germany has become the latest country to warn its citizens against travel to certain regions.

Berlin’s decision follows an impromptu announcement by the UK at the weekend that 14-day quarantine restrictions will apply to people returning from all parts of Spain after it reported a spike in cases in its Catalonia region, which includes Barcelona.

The UK Foreign Office has now advised against all but essential travel to Spain, including its southern island regions.

Many Spanish areas have now reimposed rules for masks to be worn everywhere and, in several places such as Barcelona, have called for people to stay at home.

Case statistics in Spain show people in their 20s and 30s are a major source of new infections, as the reopening of bars and restaurants has made the transmission danger seem less urgent.

In France, Health Minister Olivier Veran this week implored youngsters to “be more vigilant”, warning that bars across France could be closed once again.

Portugal has also faced a backlash from EU nations after it was forced to impose local lockdowns on the outskirts of its capital, Lisbon, to halt a rise in new cases.

The UK has also placed travel restrictions on the country despite the Portuguese government vehemently arguing against it.

"It is a decision that is neither substantiated nor supported by the facts," Portugal's Ministry of State and Foreign Affairs has said.

Mr Johnson has defended the UK’s decision and says action could be taken against travel to other countries if cases start to rise.

"That's why we have taken the action that we have and we will continue, throughout the summer, to take such action where it is necessary.

"I'm afraid if we do see signs of a second wave in other countries it is really our job, our duty, to act swiftly and decisively to stop travellers coming back from those places seeding the disease here in the UK."

WHO director general Tedros Adhanom Ghebreyesus warned on Monday that the pandemic continued to accelerate, with the number of cases worldwide doubling in the past six weeks.

“Almost 16 million cases have now been reported to WHO, and more than 640,000 deaths, and the pandemic continues to accelerate,” he said.

“In the past six weeks the total number of cases has roughly doubled.”

However, the new flare-up in infections on the continent will now be a stark reminder of the more immediate health threat.

Estimates of the virus’s reproduction rate from Bank of America economists suggests that it has risen back to around or above 1 in countries including the UK, France, Italy, Spain and Belgium, meaning one infected person will on average spread it to more than one other person.

Worldwide the number of coronavirus cases now stands at 16.5 million with a death toll of 654,327.

These were the details of the news Coronavirus: Europe on the brink of second pandemic wave for this day. We hope that we have succeeded by giving you the full details and information. To follow all our news, you can subscribe to the alerts system or to one of our different systems to provide you with all that is new.