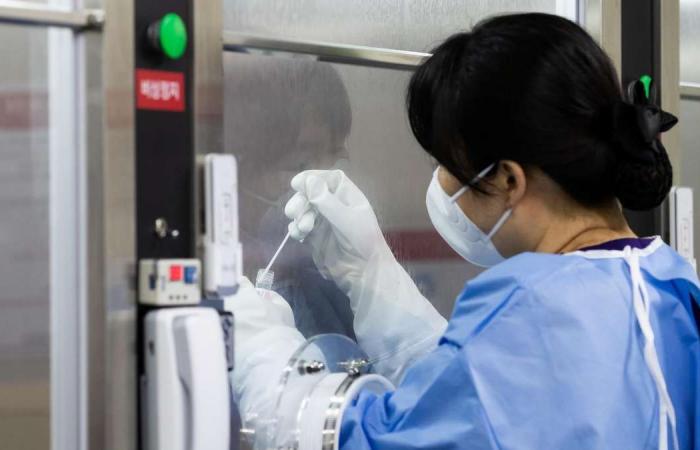 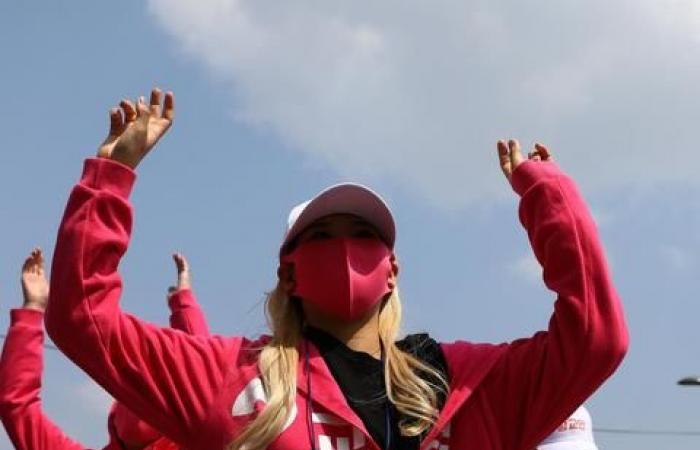 Hind Al Soulia - Riyadh - In May, when a coronavirus outbreak hit nightclubs in the South Korean capital of Seoul, health officials quickly unleashed their version of the Navy Seals – elite teams of epidemiologists, database specialists and laboratory technicians.

An old-school, shoe-leather investigation showed the virus had jumped from a night-club visitor, to a student, to a taxi driver and then alarmingly to a warehouse employee who worked with 4,000 others.

Thousands of the employee’s co-workers, their family members and contacts were approached and 9,000 people were eventually tested. Two weeks later, the warehouse flareup was mostly extinguished and infections curtailed at 152.

The work of such so-called Immediate Response Teams offers a look at how South Korea – once the second worst hit by the coronavirus – has succeeded in largely quelling its spread without the lockdowns that have derailed lives worldwide.

At a time when cities from Los Angeles to Melbourne to Tokyo are grappling with resurgences, South Korea’s playbook offers one of the most successful blueprints yet for containing a disease that’s killed more than 600,000 worldwide.

The tally of new cases in the Asian country – which pioneered the testing blitz strategy – has never fallen to zero, but the number of daily new cases have largely ranged from 30 to 60 for two months after peaking at more than 800 in February. Compare that with Los Angeles county, which added 2,014 cases on Thursday alone.

South Korea’s strategy is also a contrast with the harsh shutdowns instituted in parts of China or the tourism blockade implemented by New Zealand in an attempt to completely stamp out the virus. The Asian nation meticulously targets dangerous hotspots and then simply allows most people to lead lives and run businesses unimpeded.

“We step in when there’s a chance of large-scale transmission and our main work is to find the connecting links between cases and prevent a flareup,” said Kwon Donghyok, deputy scientific director at the country’s Centres for Disease Control and Prevention, who oversees the investigative squads. “Finding potential contacts and investigating the cause of infection are the backbone of what we do.”

The country now has one of the lowest rates for infections with unknown origin, at about 8 per cent, compared to more than 50 per cent for other countries with recent virus resurgences. Flareups have shrunk from a weekly average of about a dozen to less than six this week.

South Korea has a successful strategy because it learned from the bitter experience of the past, something Western countries didn’t have the benefit of. The bulk of its more than 14,000 cases and nearly 300 deaths are related to the flareup at a religious sect in February and March. Since then, processes developed after the country’s 2015 outbreak of the Middle East Respiratory Syndrome have helped it prevent a second wave of the new coronavirus.

South Korea’s CDC has about 100 epidemiology investigators, up from just two during the MERS outbreak. During a large potential outbreak, several are pulled for the Immediate Response Team, which usually has about six to eight members.

On any given day, officials investigate potential flareups at diverse locations from church group gatherings to clubs for badminton or exotic cars. Infections at low-risk facilities are first handled by municipal health officials, while an Immediate Response Team is called in for high-risk locations.

Other nations have also taken steps to trace contacts and widen testing, with countries like Taiwan and Germany successfully screening to curb the virus. But some have had more difficulty recently. Infections in Melbourne spiked to a record this month because its efforts weren’t suitably designed for its migrant population.

India has had some success in following contacts and curtailing an outbreak in the Mumbai slum of Dharavi, but replicating that across the breadth of a country with 1.3 billion people has proven to be hard.

“The key strength of South Korea’s handling of the coronavirus pandemic is its ability to do a thorough epidemiology investigation on every patient,” said Jung Ki-suck, a former CDC director and now professor at Hallym University Medical Centre, referring to the detailed public health tracing conducted by officials. “The epidemiology investigation has never been so important because we can reduce the size of outbreaks and even block new cases from occurring.”

That exhaustive and meticulous investigation strategy paid off when investigators were able to trace the warehouse outbreak following a flareup at nightclubs in the trendy Itaewon neighbourhood, said Mr Kwon, who investigated the MERS outbreak and was in Rio de Janeiro to investigate a potential outbreak of the Zika virus during the 2016 Olympics.

The CDC discovered that a nightclub visitor who was a private tutor spread the virus to one of his students. The student, who was unaware of the infection, used a coin-operated karaoke room, transmitting the virus to a taxi-driver singing in an adjoining room.

The taxi-driver also worked as a part-time photographer and took photos of a birthday party at a buffet restaurant in the area where the distribution centre is located.

Through surveillance footage and mobile phone records, investigators contacted everyone who had been at the restaurant around the time of the birthday party. Among those who were infected at the restaurant was a woman who had worked for a day at the warehouse.

To be sure, some of the tactics used in South Korea, which has a population of about 51 million, might be difficult to replicate in vastly populated emerging countries. And the Asian country has benefitted from surveillance technology that might not be acceptable to citizens of many Western nations.

Tracing potential contacts in South Korea involved reviewing hundreds of hours of surveillance camera footage and going through mobile phone and credit card transactions. So-called CCTVs are ubiquitous in South Korea as virtually all streets and workplaces have them.

“Other countries simply don’t have the capacity to do these thorough investigations on patients,” said Jung, the former CDC director. “We had a smaller absolute number of cases than other nations, but more importantly, the social norm, where people are okay with their privacy being infringed for the wider public interest, allowed comprehensive investigations, which is just unimaginable in western countries.”

South Korea has said it’s expecting some spike in cases among construction workers returning from virus-hit Iraq and more cases from a Russian ship at one of its ports. While those are mostly imported cases brought in from the outside, South Korea’s virus squad knows how tenuous its gains are, and the importance of vigilance. Many countries, including Asia’s financial capital, Hong Kong, have successfully beaten back the virus for months, only to see it make a sudden comeback.

“Any mass infections we have witnessed have happened in the blink of an eye,” Mr Kwon said. “If we miss a tiny piece of a link or let a small detail slip by, we’ll for sure be experiencing a resurgence in cases.”

These were the details of the news South Korea's elite contact tracers show how to Beat Covid-19 for this day. We hope that we have succeeded by giving you the full details and information. To follow all our news, you can subscribe to the alerts system or to one of our different systems to provide you with all that is new.